Iran released prominent Oscar-winning actress Taraneh Alidoosti on Wednesday, nearly three weeks after she was jailed for criticizing the crackdown on anti-government protests. 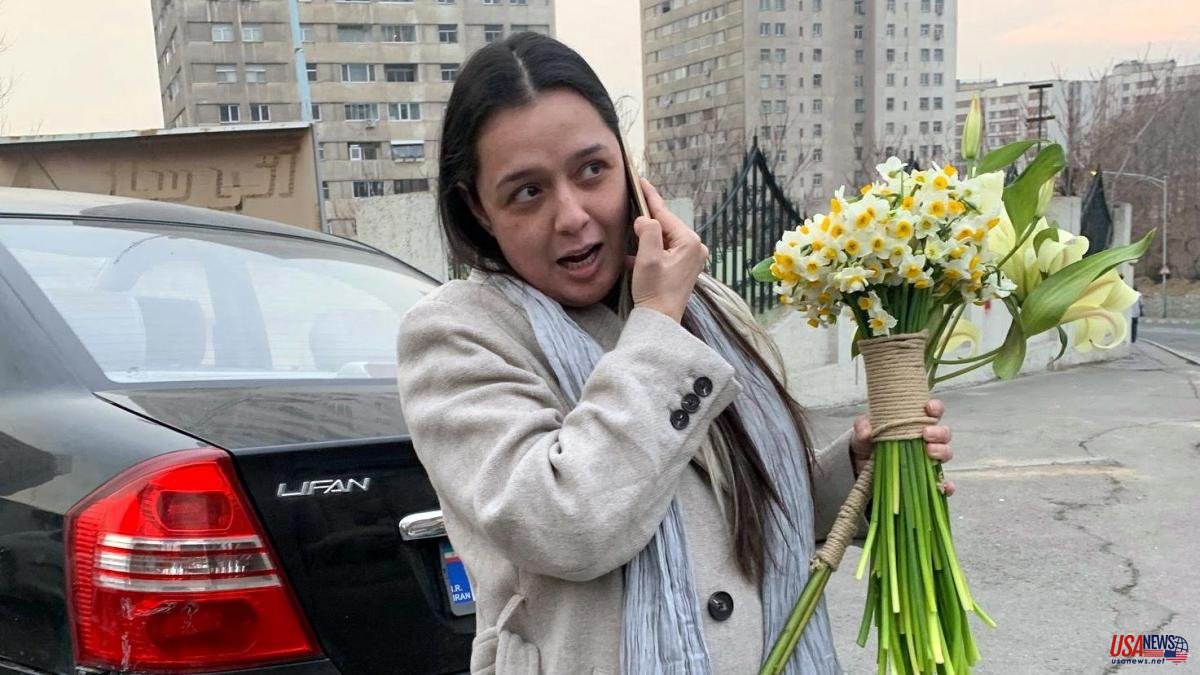 Iran released prominent Oscar-winning actress Taraneh Alidoosti on Wednesday, nearly three weeks after she was jailed for criticizing the crackdown on anti-government protests.

The Iranian news agency ISNA reports that Taraneh Alidoosti, the 38-year-old star known to Western viewers for her participation in several films by the renowned Asghar Farhadi, such as The Salesman (Oscar winner in 2016), was released on bail . Her mother, Nadere Hakimelahi, had already anticipated in a post on Instagram that she would be released.

After her release from Evin prison in Tehran, Alidoosti posed with bouquets of flowers, surrounded by friends. No further details about her case have been released. Alidoosti was one of several Iranian celebrities who expressed their support for the protests in the country after the young Mahsa Amini died after being detained by the morality police for "not being dressed under the canons of the Islamic Republic".

The actress had published at least three messages on Instagram where she showed her displeasure with the Islamic Republic. In a message she expressed her solidarity with the first man to be executed on protest-related charges.

"His name was Mohsen Shekari," Alidoosti wrote on an account that had some 8 million followers before his closure and arrest. He was referring to a man executed on December 9 after being accused by an Iranian court of blocking a street in Tehran and attacking a member of the country's security forces with a machete. "Every international organization that is watching this bloodshed and not taking action is a shame for humanity," the actress also said.

Iranian reports on Alidoosti's release do not say if she has been charged with anything or if she will stand trial. It was also unclear if she faces any travel restrictions as part of the terms of her release."

The protests mark one of the biggest challenges for the Islamic Republic since it was established after the 1979 revolution. Security forces have used live ammunition, pellets, tear gas and batons to disperse protesters, according to groups, the AP reports. of human rights.

A week after Shekar's execution, Iran executed a second prisoner, Majidreza Rahnavard, by public hanging. He had been accused of stabbing two members of the paramilitary Basij militia, which is leading the crackdown. Activists say at least a dozen people have been sentenced to death in closed-door hearings on protest-related charges.

At least 516 protesters have been killed and more than 19,000 people have been arrested, according to Human Rights Activists in Iran, a group that has closely followed the unrest. The Iranian authorities have not provided an official count of those killed or detained.

Hengameh Ghaziani and Katayoun Riahi, two other famous Iranian actresses, were arrested in November for expressing solidarity with protesters on social media. Voria Ghafouri, an Iranian soccer star, was also arrested for "insulting the national soccer team and making anti-government propaganda." All three have been released.

The protests began in mid-September, when 22-year-old Mahsa Amini died after being arrested by Iran's morality police for allegedly violating the Islamic Republic's strict dress code. Women have played a prominent role in the protests, with many publicly removing the mandatory Islamic headscarf, known as the hijab.

Alidoosti had previously criticized the Iranian government and its police force ahead of this year's protests. In June 2020, she received a five-month suspended prison sentence after criticizing police on Twitter in 2018 for assaulting a woman who had removed her veil.