Rouzbeh Cheshmi and Ramin Rezaeian are national heroes in Iran as of today. 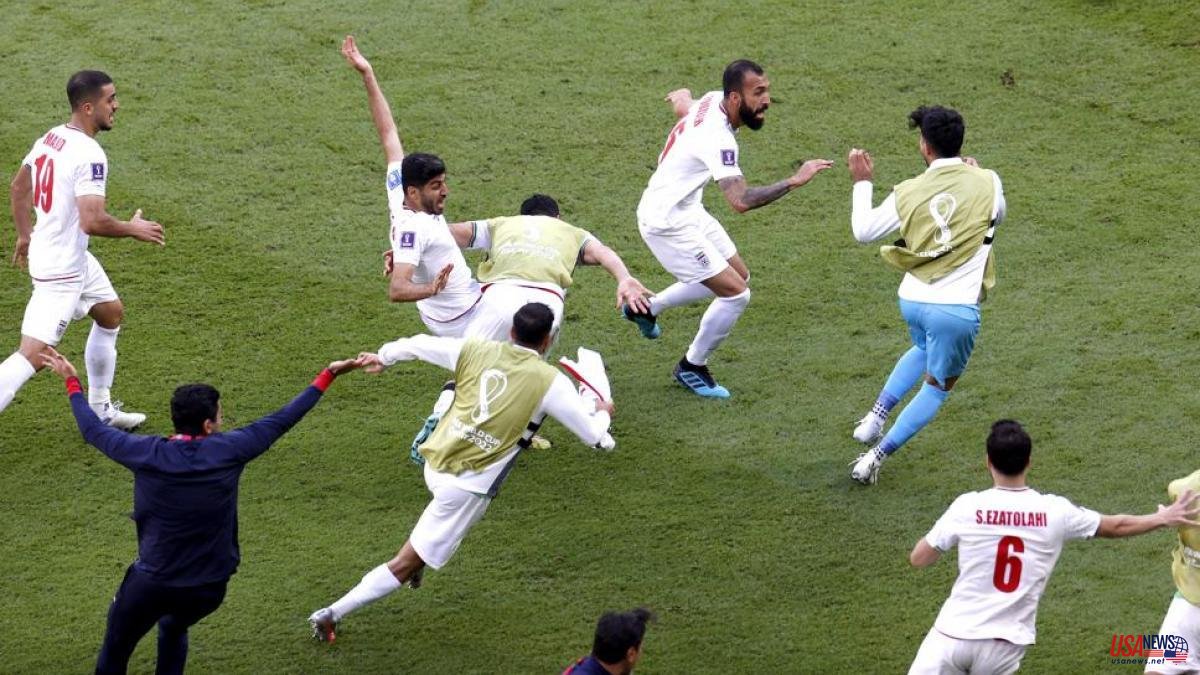 Rouzbeh Cheshmi and Ramin Rezaeian are national heroes in Iran as of today. The world has no idea who they are, but in their country they will go down in history for being the scorers in the victory against Wales (2-0), brilliant but whose outcome did not come until very late, in the 98th and 100th minute of the game. extra time no less. It is Iran's third victory in World Cup history, but none like it.

It was a match full of emotion, from the moment the Iranian players sang the anthem of their country (the courageous and heartbreaking gesture of not singing it against England was already done and the worldwide repercussion achieved) until the referee whistled the end and their footballers, who are carrying extra brutal pressure behind them, tearfully covered Queiroz, their coach, with contagious emotion. It was an extraordinary match, not because of its level, but because of its tremendous emotion.

Particularly intense was the hug between Sardar Azmoun, a Bayer Leverkusen player and one of Iran's stars, and Queiroz. No one like Azmoun, very critical of the current Iranian regime, to lead another revolt, this time football, to tell the world that his teammates also know how to play football and are not in the World Cup by chance, especially after falling with a bang against England (6-2) on the first day.

They made it. They beat Wales by being brave, as when they turn to activism, and they drew the complicity of the neutral spectator for their ambitious game. Azmoun was one of the best. He struck a ball to the post in the 51st minute after finishing off a counterattack that would have done justice at that point.

It was not the only play that could unbalance the game. After an insipid and tentative first half (Moore had a header for Wales and little else), in that same 51st minute, actually in the same play, there was a second option that also ended up on the woodwork due to Iranian despair . The shot, from outside the area and parabolic, was made by Ali Gholizadeh.

In the final stretch of the game the Iranian dominance was accentuated, especially when the Welsh goalkeeper, Hennessey, was sent off for an indisputable red card when intercepting a Taremi attack with a kick to the face.

Iran's assault reached its zenith at the end, in added time, the moment of heroes and epic. Cheshmi scored a great goal from outside the area with a low shot that hit the post. Madness broke out. Rezaeian took advantage of the spaces of a desperate Wales to put the second on the counterattack.

Who said that soccer and politics shouldn't mix? Next game in this group: Iran-USA.