Iowa teen who killed her rapist sentenced to pay $150,000

Piper Lewis, 17, is a teenage victim of human trafficking. 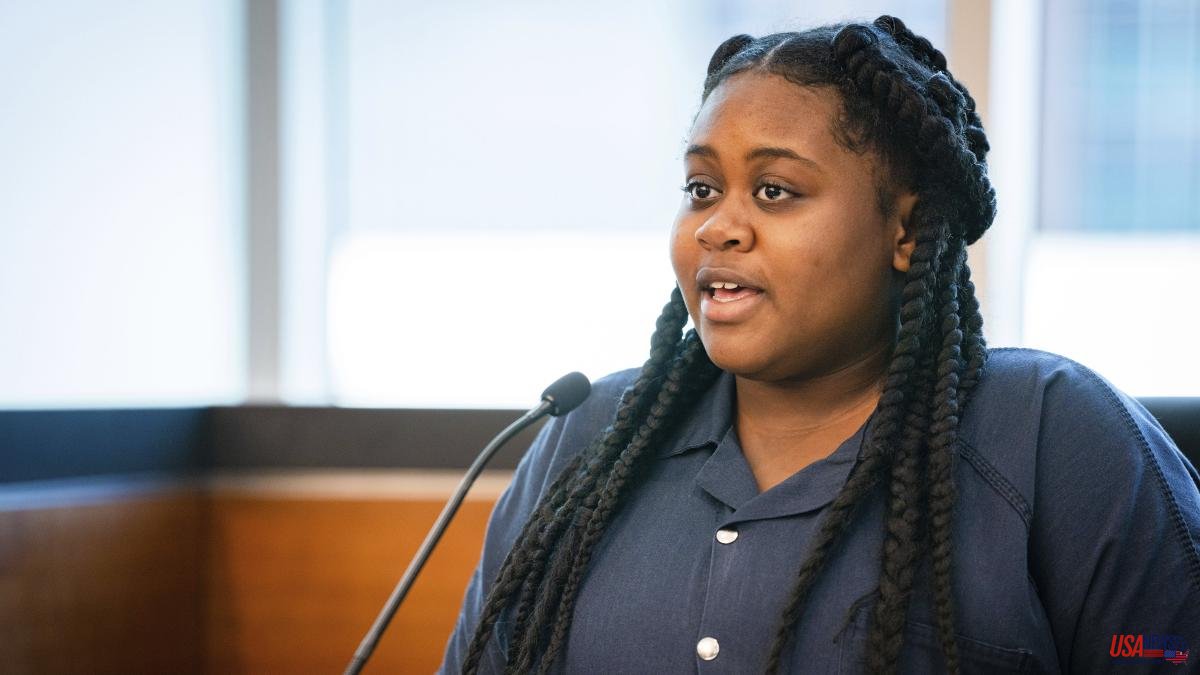 Piper Lewis, 17, is a teenage victim of human trafficking. She was initially charged with first-degree murder after she stabbed her rapist to death. She this Tuesday she has been sentenced in an Iowa court to serve five years on supervised probation and pay $150,000 in restitution to the man's family.

The young woman has been sentenced after she pleaded guilty last year to involuntary manslaughter and intentional injury in the murder of Zachary Brooks, 37, of Des Moines, Iowa, in June 2020. Each charge was punishable by up to 10 years in prison.

Polk County District Judge David M. Porter on Tuesday deferred those prison sentences, meaning that if Lewis violates any part of her probation, she could be sent to jail to serve those 20 years.

As for the estate required of her rapist's family, the court notes that restitution is mandatory under Iowa law and therefore "there is no other option."

Lewis was 15 years old when he stabbed Brooks more than 30 times in a Des Moines apartment. The authorities have explained that the young woman was a fugitive who was looking to escape an abusive life with her adoptive mother and was sleeping in the corridors of an apartment building in that same city when a 28-year-old man took her in and later prostituted her.

Lewis has recounted that one of her clients was Brooks and that he had raped her multiple times in the weeks before her death. Her pimp forced her at knifepoint to go with the now deceased to her apartment to have sex. After Brooks raped her one more time, she grabbed a knife from the nightstand and stabbed him in a fit of rage.

Police and prosecutors have not disputed that Lewis was sexually assaulted and trafficked. However, they have argued that Brooks was asleep at the time he was stabbed and therefore did not pose an immediate danger to Lewis.

Prosecutors take issue with Lewis calling herself a victim in the case, saying she did not take responsibility for stabbing Brooks and "leaving her children fatherless."

Iowa is not among dozens of states that have a so-called safe harbor law that gives victims of trafficking at least some level of criminal immunity.

Karl Schilling of the Iowa Organization for Victim Assistance said the Iowa House of Representatives earlier this year passed a bill to create a safe harbor for victims of human trafficking, but it stalled in the Senate due to concerns from law enforcement groups about its excessive breadth. "We're hoping it will pick up again next year," says Schilling.