Investment alternatives: from the quiet luxury of Hostal La Gavina to the Chopard flyback 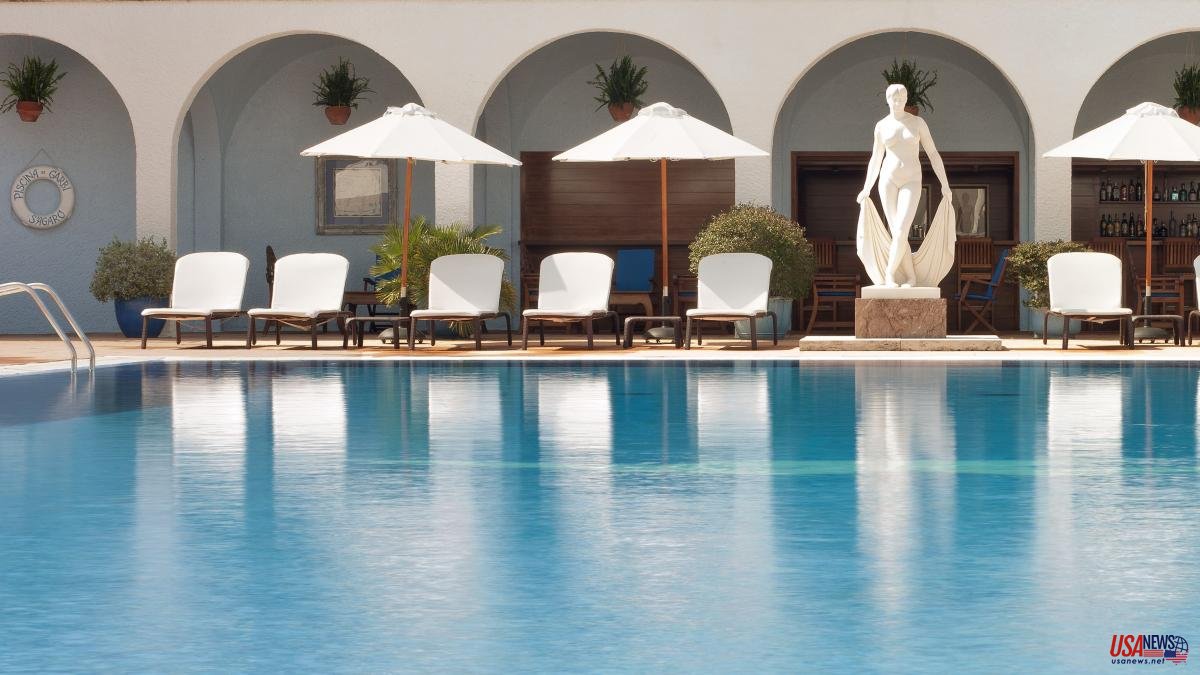 And true to its principles of being a home open to the public; a romantic, authentic and genuine feeling, whose singularity comes from its own, from the delicate and from the endearingly familiar. Classically Mediterranean, fascinating and balsamic, in harmony with the tall pines, the scent of magnolias, cypresses and lemon trees, and the warm murmur of the sea that draw its scenery.

Since 1962, La Gavina has been a member of the prestigious international organization The Leading Hotels of the World, which currently represents more than 430 luxury hotels, resorts and spas around the world. The Hostal de La Gavina has managed to adapt to modern times without losing the powerful historical weight that characterizes it. For this reason, it continues to play a leading role in the social activity of S'Agaró and is considered an emblematic place and an integral part of the recent history of Catalonia.

S'Agaró and the Hostal de La Gavina have been the setting and vacation spot for a large number of illustrious personalities from the world of culture, politics and society.

Since the early 1950s, famous Hollywood movies have been shot, such as “Pandora” with Ava Gardner, “Suddenly Last Summer” with Elisabeth Taylor or “Mr. Arkadin” by Orson Welles, among others. This made the Hostal de La Gavina the meeting place for many famous movie stars who gave way to more recent ones such as Sean Connery, Jack Nicholson or Robert de Niro. In the political arena, La Gavina was a common vacation spot for world leaders such as Lord Selwyn Lloyd, former British Foreign Minister, in love with S'Agaró and the Ensesa family, Chichester Clark, former Prime Minister of Northern Ireland, Aziz Sedki , deputy prime minister of Egypt, or Giscard d'Estaing of France. It has also been visited on several occasions by the Kings of Spain.

Culture has been the protagonist in the history of La Gavina, which has seen the passing of Salvador Dalí, Josep Pla, Plácido Domingo, Josep Carreras, Camilo José Cela, Octavio Paz and Salvador de Madariaga, among many others. And more recently Lady Gaga.

With the Alpine Eagle watches, Chopard signs a contemporary sport-chic collection with a refined design and sophisticated mechanics. After a flyback chronograph movement and a high-frequency caliber, the Alpine Eagle expands its complication offering with a flying tourbillon model. Just 3.30mm thick, the L.U.C 96.24-L is the result of Chopard Manufacture developments. Its advanced features allow the Alpine Eagle Flying Tourbillon to be one of the very few flying tourbillon watches to carry the dual Chronometer and Hallmark of Geneva certification.

Its case, with a diameter of 41 mm with an integrated strap, has been entirely made in the House's workshops in Lucent Steel A223, an exclusive and ultra-resistant alloy with an extraordinary shine. Its textured Aletsch blue dial opens at 6 o'clock on a transparent and light tourbillon mechanism that gives the whole of this creation its elegant and personal character.

Her Time, the traveling exhibition that recently passed through Madrid, is a review of the chronology of Omega's legacy in women's watchmaking that includes from the pendant watches of the late nineteenth century to the Constellation of 1970. And also art nouveau jewelry watches and art deco and mid-century masterpieces.

Gucci's high jewellery, be it necklaces, bracelets or rings, is not designed for discretion. And less the new pieces of Hortus Deliciarum. Inspired by the long journeys of artists, scholars and thinkers more than two centuries ago in search of knowledge and beauty, Gucci presents them in a campaign by Oscar-winning actress and producer Jessica Chastain who discovers places full of wonder for a new era.

It is a creative ode by Alessandro Michele to historic and architectural eras suspended in time and space. Inspired by the Grand Tour, this voyage reveals masterfully crafted opulent and romantic jewels.

The collection is called Hortus Deliciarum in a nod to the medieval illustrated manuscript compiled by Herrada de Landsberg at the convent of Mont Sainte-Odile Abbey. Started in 1167, it served as a pedagogical encyclopedia for the young novices of the convent and is the first encyclopedia with evidence that it was written by a woman.