Investment alternatives: From the Panerai BiTempo to the global yoga congress at the Fundació Miró

The Luminor BiTempo watch can simultaneously measure time in two different time zones, close or distant thanks to the GTM function. 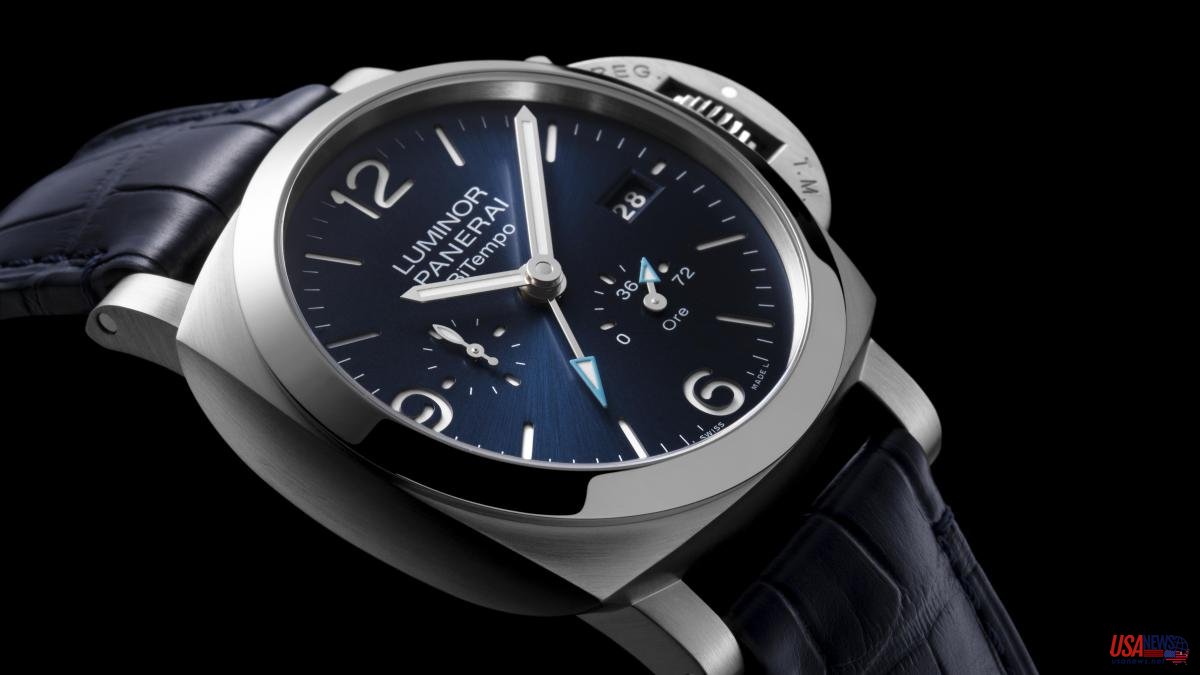 The Luminor BiTempo watch can simultaneously measure time in two different time zones, close or distant thanks to the GTM function. True to the spirit of the Italian manufacture, this new watch is presented in two color ranges, both with their own personality and on a 44-millimeter steel case base.

The first features a bright blue satin dial with an alligator leather strap in the same intense tone (PAM01361); in the second, the dial is matte black and the alligator strap also matches (PAM01360). In both colours, the Luminor BiTempo features this GMT function which provides a second time zone thanks to a deep blue arrow-shaped hand to ensure visibility at a glance.

On this brand new timepiece a sub-dial at five o'clock with a bright blue hand provides power reserve measurement of up to 72 hours when fully charged, and the date window at three o'clock is larger than those on the preceded. On the other hand, its beveled opening is the first reveal of a feature that will appear in future models.

The Fundació Joan Miró in Barcelona will host the new edition of the Global Yoga Congress on the first weekend of October, sponsored by the YogaOne centers, with more than 60 franchises in Spain and a collaborator of Yoga Journal Spain. The appointment presents its most special edition in this art space, marking the will to unite these two worlds. International teachers of the stature Yoshio Hama, Andra Vallo, Kat Chareon, Sandra Hawling and Jordi Canela, to add thirty reference instructors in the main yoga styles, will shape this unique retreat.

Pharrell Williams and Adidas Originals present the new limited edition Hu NMD Animal Print. Its embroidered animal-inspired print stands out on a background in amber tones, contrasted with its reflective laces, an upper part made of Primeknit fabric and the unmistakable Boost midsole.

La Bobadilla is an exclusive slow life oasis lost in the Sierra de Loja de Granada that invites you to stop in the most authentic luxury. This Royal Hideaway, Barceló's superior category hotel, is the result of the friendship between the Swiss doctor Rolf Egli and the German businessman Rudolf Staab, who in 1985 dreamed of a place where they could eat and rest like royalty.

Yves Klein's Venus sculpture, which he purchased from a retiring Ohio collector, was Andrea Lladó's first major sale. Now, the successful dealer, with extensive experience buying and selling works by star artists such as Picasso, Miró or Warhol and new values ​​such as Johnson, Nara or Pecis, is opening a branch in Barcelona.

Marguerite Secret Watch, in white gold, mother-of-pearl and diamonds, is an example of Van Cleef's technical and poetic ability

It is the best recreation of the Marguerite Secret Watch, one of the icons of the house since 1920, whose hour dial is hidden under a bubble of yellow sapphires. A piece of high jewelry that the Parisian Maison has included in its series Le Jardin Van Cleef

Also in this same family, the Secret Primerose Watch stands out. It represents a spring, a flower that is a new entry in the garden of the French firm. It is made with a pavé of white diamonds and pink sapphires of different shades. Each stone, chosen for its purity and brilliance, is carefully placed on petals that reproduce the convex volume of a real flower.