"IntiMessimi" or the "picardías de la Paqui", the networks mock the outfit with which Messi collected the trophy

Lionel Messi finally achieved the long-awaited trophy that he had been looking for for so long with the Argentine team. 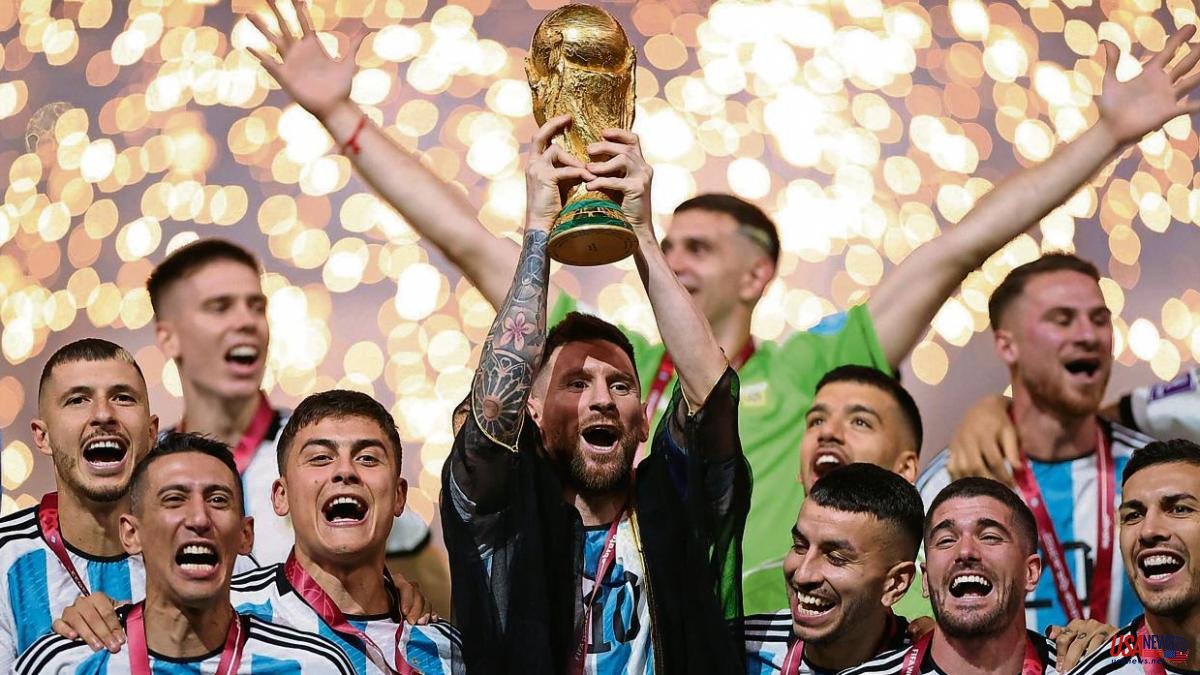 Lionel Messi finally achieved the long-awaited trophy that he had been looking for for so long with the Argentine team. The World Cup in Qatar consecrates 'The Flea' as a legend and makes the debates about who is the best footballer of all time vanish.

An unusual image. Argentina started out as one of the favorites to win the tournament, what no one expected was that Messi would be customized by the Emir of Qatar, Tamim bin Hamad Al Thani, and the FIFA president, Gianni Infantino, at the time of pick up the trophy.

The bisht. This cape can only be worn by select members of the royal family and is often worn on special occasions such as weddings or festivals. Information that has not mitigated criticism on social networks, on the contrary. Many users consider that this outfit has 'stained' an iconic photo.

Teasing and puns. As usually happens on these occasions, many users have preferred to be critical through humor and sarcasm. One of the funniest tweets was made by Javier Durán, who has played with the name of the Argentine star and that of a well-known underwear brand.

Babydolls, mosquito net or preoperative layer. Users have let their imagination run wild when it comes to discerning what this mysterious garment was. The popular Twitter user @BrioEnfurecida has identified her as a mischief, a comment that has given a lot of play in the responses.

Other users have opted for different options. From a mosquito net, which has been one of people's favorite choices, to a pre-operative cloak, going through Harry Potter's invisibility cloak.

In this peculiar section there have also been memories for Ramón García and his traditional cape of the chimes and also for a new prediction of The Simpsons.