Internationalization triggers the income and profitability of the Esteve group

The Esteve Healthcare group shot up its income last year, 21% to 550 million euros, and profitability, with a 77% growth in operating profit or EBITDA, to 87 million euros, in the first fruits of the internationalization strategy with its own prescription drugs that it implemented five years ago with the incorporation of the new CEO, Staffan Schüberg. 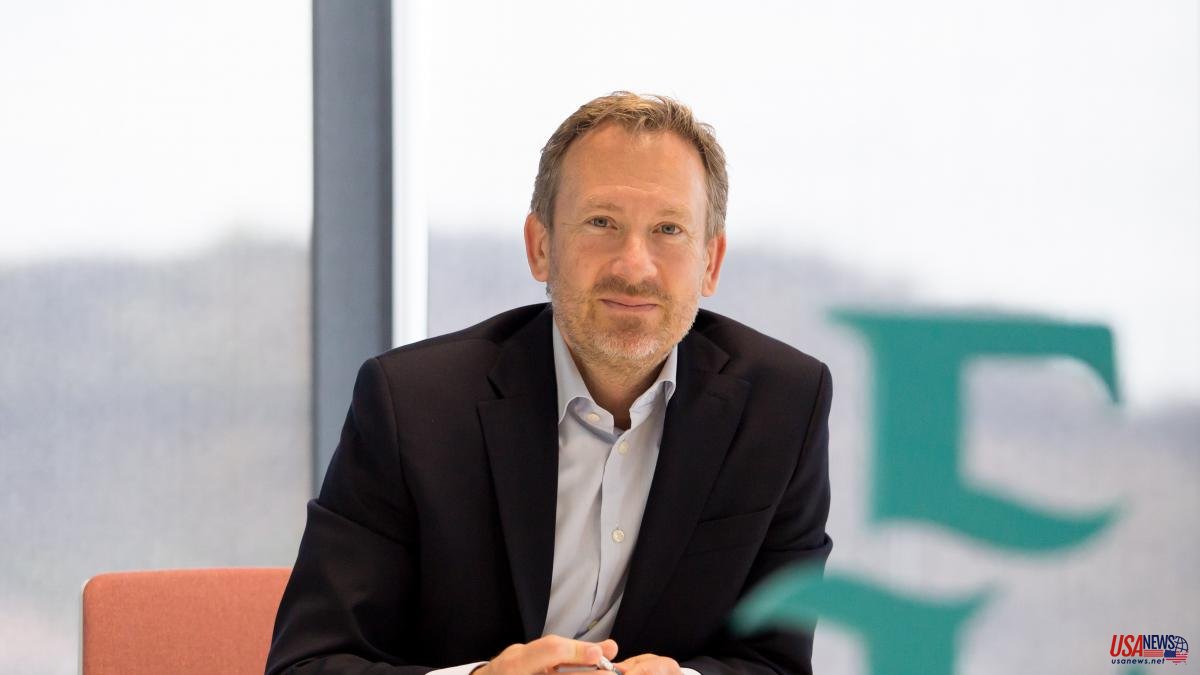 The Esteve Healthcare group shot up its income last year, 21% to 550 million euros, and profitability, with a 77% growth in operating profit or EBITDA, to 87 million euros, in the first fruits of the internationalization strategy with its own prescription drugs that it implemented five years ago with the incorporation of the new CEO, Staffan Schüberg.

The firm has today presented the group's economic report for 2021, in which it highlights that 62% of its income already comes from its own medicines. Furthermore, the group "has made its internationalization a reality": only 33% of its sales (181 million euros) come from its Spanish business, while 48.5% correspond to the rest of Europe and 18.5% to the rest of the world.

Esteve Healthcare has focused its strategy on growing by incorporating innovative products, its own brand and in areas of specialized medicine, and on combining these factors with an increase in its international presence. The group has gone from a licensing policy to operating with subsidiaries in the main markets, as it was already doing in the United States. Thus, last year it integrated the pharmaceutical subsidiaries of Germany, France and the United Kingdom, and entered the Portuguese market with the creation of its own subsidiary.

The firm has 3 factories in Spain, one in Germany, another in Mexico and another in China and a workforce of 1,576 people, of which 40% are already outside of Spain.

The company highlighted that in 2021 it also managed to enter the hospital market with specialized medicines, a segment that already contributes more than 20% of pharmaceutical sales.

Esteve, a family group chaired by Albert Esteve, has undergone a major restructuring since the family left management in 2017 and entrusted it to the Swedish executive, then executive vice president and global sales manager of the Danish pharmaceutical multinational Lundbeck. Esteve then had revenues of 813 million euros, with a workforce of 2,473 people, but accumulated five years of losses.

Esteve Healthcare, with its 550 million revenues, is the largest asset of Corporación Químico Farmacéutica Esteve, a specialized health group that includes 50% of Isdin (the remaining 50% belongs to the Puig family), a dermatology and cosmetics company which had a turnover of 342 million euros last year.

The Corporation also controls 50% of Esteve Teijin Healthcare, a home respiratory therapy company with a turnover of 32 million euros, in which its partner is the Japanese firm Teijin, one of the largest operators in the sector in Asia. The Corporation also controls 15% of Jiuyuan Gene Engineering, a Chinese pharmaceutical company that develops biopharmaceutical products and has a turnover of 174 million euros.