Interest rates without a final bound

For a central bank there is nothing worse than runaway inflation. 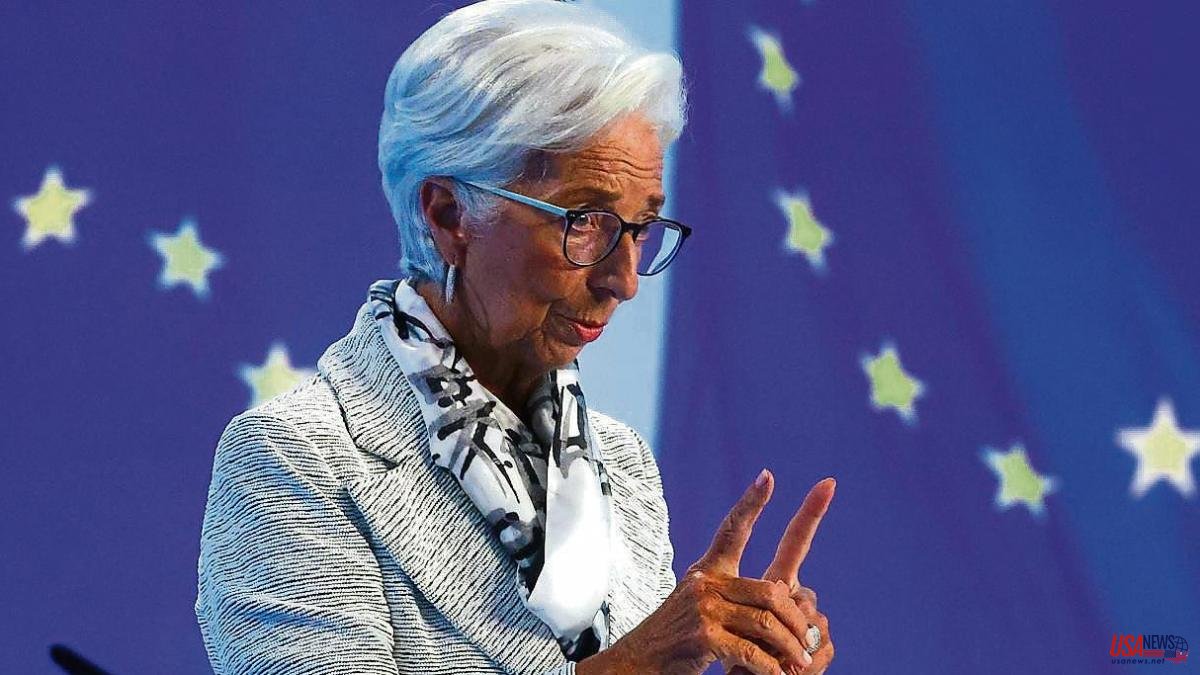 For a central bank there is nothing worse than runaway inflation. And the way to combat it is not neutral, because the remedy, which is to raise interest rates, can lead to a recession, two consecutive drops in GDP.

What should concern us is that we do not know how far the new monetary policy can go, which is based on reducing asset purchases and, according to President Lagarde's statements, deciding at each ECB session what the data indicates and continuing with new increases. We are entering a phase of successive increases in interest rates, without knowing the final limit.

The refinancing operations will have a rate of 1.25%, while the financing that the banks had goes to 1.50% and the excess liquidity that they deposit in the ECB coffers, which had been negative for many years, will be remunerated at 1.25%. The goal of the new policy is to achieve a medium and long-term inflation rate of 2%.

These are the largest increases in the last 22 years. And there are also strong changes in asset purchase policies, from the sovereign debt of each member country, to corporate bonds with credit quality. Now, the pandemic emergency fund bonds can be repurchased when they reach maturity and until December 31, 2024.

The Euribor, which applies to mortgages, was negative from 2016 until weeks before December 2021, when they became positive with progressive increases, until reaching 1.34% for annual rate mortgages. It is evident that those who had variable-rate mortgages are already paying higher installments and future new mortgages will pay increasing installments.

Companies will have to pay higher interest. It will be more expensive to finance new investments and if the inflation rate reached 9.1% in August, citizens will lose purchasing power and the successive rises in energy prices will contribute to other recessions.

Putin's war contributes to increases in inflation, something that does not happen in the US economy. For them, inflation is a problem of demand. For Europe, it is driven by supply, from rising energy and food prices to bottlenecks in value chains that impact costs in industry and trade.

The Ibex 35 had been discounting the increase in the price of money for several sessions. The stock market values ​​cheap money. Now we begin a stage of greater prudence.