Inter Miami - Barça: schedule and where to watch the preseason game

After drawing 1-1 against Olot in the first pre-season test, FC Barcelona has been in the United States for a few days preparing for the tour that will face Inter Miami, Real Madrid, Juventus and América from Mexico. 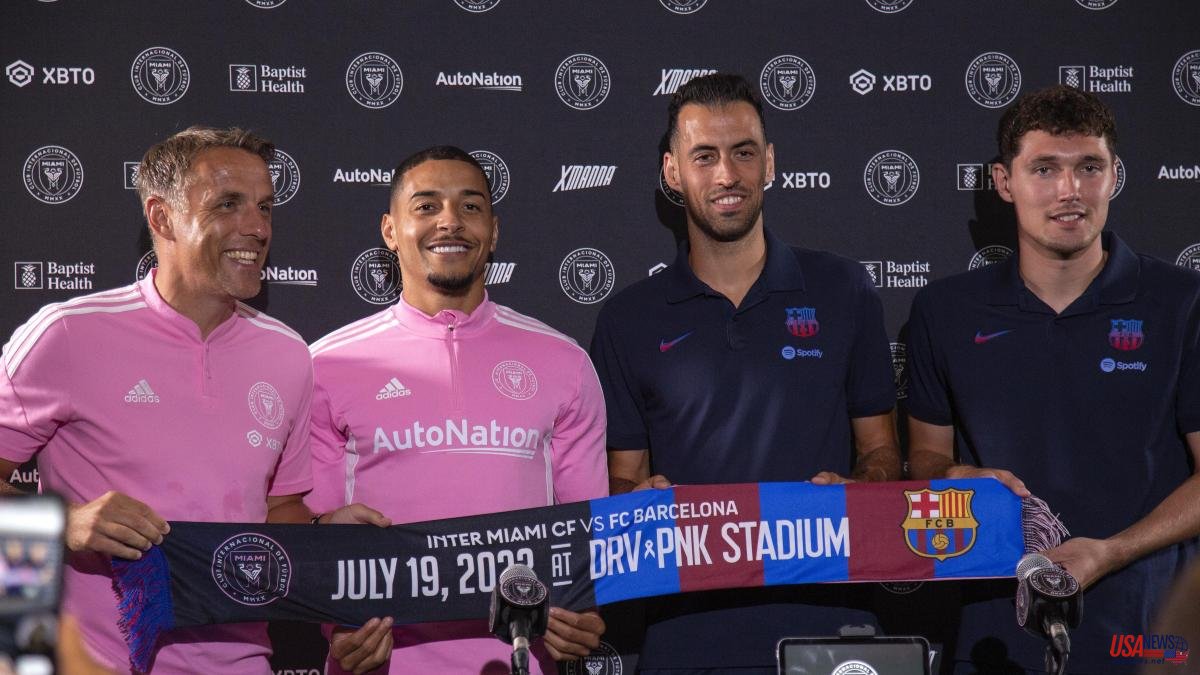 After drawing 1-1 against Olot in the first pre-season test, FC Barcelona has been in the United States for a few days preparing for the tour that will face Inter Miami, Real Madrid, Juventus and América from Mexico. A few busy days, in which Barça has announced the most important signing of the season and one of the most outstanding in recent years: Robert Lewandowski. The Polish striker, from Bayern Munich, has already met his teammates and is in Miami ready to put himself under Xavi's orders.

The first test, in which the Polish player will not yet be present, will take place tonight, in the early hours of Tuesday, July 19 to Wednesday, July 20, at 02:00 (Spanish time), at the DRV PNK Stadium in Miami. It can be seen live on Barça TV and TV3. You can also follow minute by minute through the La Vanguardia website.

Barça is concentrated in Fort Lauderdale, Miami, where it is already exercising with almost all its troops, including the new signings. Against Olot, Franck Kessié, recently arrived from Milan, already enjoyed his first minutes as a starter in the Barça shirt. Andreas Christensen and Raphinha could debut in this second warm-up match for the season. For his part, Lewandowski's debut will have to wait, at least, until 'El Clásico', which takes place next Saturday.

One of the best news for the Blaugrana club so far is the reincorporation of Ansu Fati and his first minutes after the serious injury that kept him off the pitch all last season. The young Spanish striker is one of Barça's great hopes for the future and it is essential that he fully recovers so as not to relapse.

For its part, Inter Miami, a team founded and chaired by David Beckham, is in the middle of the MLS regular season, which, unlike most leagues in Europe, is played throughout the calendar year. They are currently ninth in the Eastern Conference, that is, they are out of the seven places that give access to the playoff for the title. In its ranks, well-known faces of European football stand out, such as Kieran Gibbs, Gonzalo Higuaín or the Spaniard and MVP of the 2020 MLS season Alejandro Pozuelo.