Inter did their job and had a Champions League game to spare. 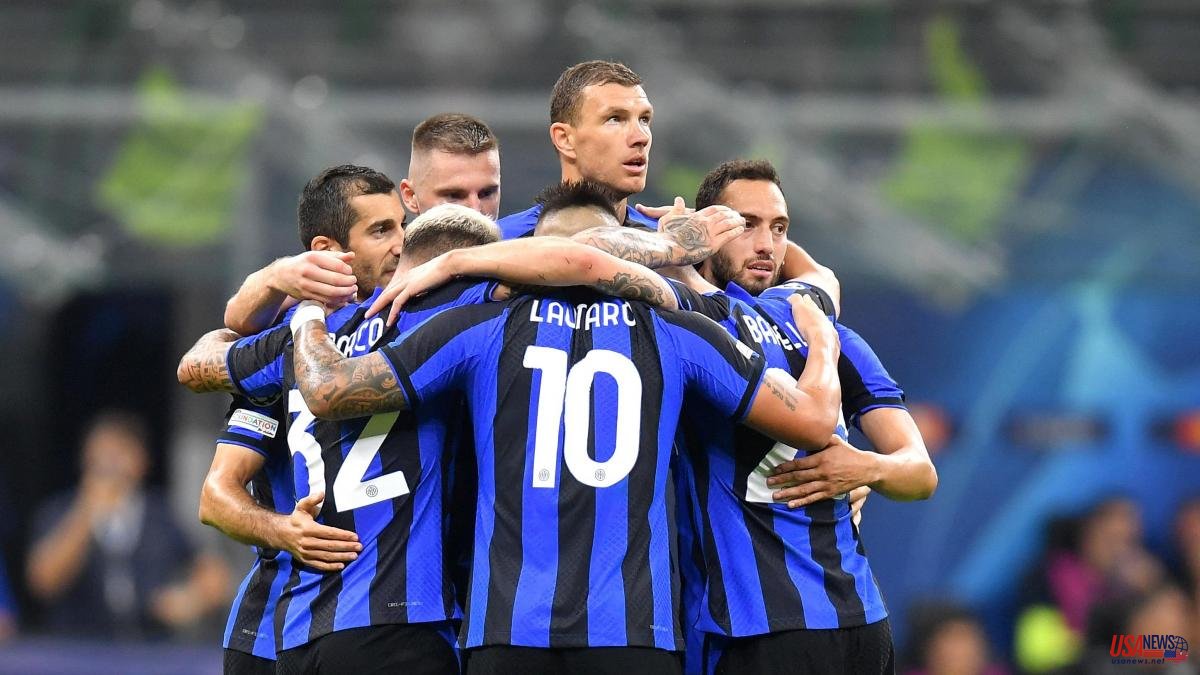 Inter did their job and had a Champions League game to spare. Barça, who couldn't beat the Italians in either Milan or the Camp Nou, will watch the round of 16 of the top continental competition from their sofa at home... or from the Europa League.

In football he can become illogical and irrational. When that happens, passions are unleashed, myths are created and the matches are memorable. But there are times when common sense appears and prevails with the full weight of probability. So, when what everyone thought happens, the feeling that invades is one of predictability.

This is how Barça stayed when there was still more than an hour left to play against Bayern. At that moment, Inter went into the break in their match at the Meazza and was already winning 2-0 against Viktoria Pilsen. That victory condemned him, left him out of the Champions League. But more did what was seen in Milan.

Impossible missions are just that: impossible. Barcelona trusted the naive Viktoria Pilsen, who never got Inter into trouble. The Nerazzurri have a reputation as a team that gets nervous when it's hard for them to finish the easiest matches and then achieve feats. There was no need to appeal to the heroic. The local victory was a matter of time.

At 50 seconds Bassey, the Viktoria striker, attempted a solo counterattack. He came running to the edge of the box and didn't know what to do. Until the 44th minute, Onana, the Inter goalkeeper, did not have to make any saves with his hands. That gives the idea of ​​the little danger of the Czechs.

The game was a monologue for Inter, who tried with Dumfries almost without an angle, with Acerbi from a distance, with Calhanoglu from a direct free kick, with Dimarco coming in from behind, with Mkhitaryan with a header or with a volley from Lautaro that Hejda blocked. Viktoria's goalkeeper Stanek withstood the siege even with the inadvertent help of Dzeko, who inadvertently saved a shot.

The goal was getting closer and it came from a center by Bastoni, the center-back with the soul of a winger. Dzeko did not arrive, grabbed by Pernica, but Mkhitaryan did. The Armenian finished off with his head without having to jump over the far post.

After 1-0, Tijani was inches away from finishing off a corner in Inter's small area, which would have restored the emotion. He did not reach the center. And on the next play, it was Dimarco who entered, again down the left wing, after a millimetric long pass from Barella. The winger put the ball so that Dzeko only had to push on goal.

The Bosnian is a specialist in beating Viktoria. He did it with Teplice (1), with City (2), with Roma (6) and with Inter in Pilsen. Not content with the 2-0 lead, the veteran striker also made it 3-0, his eleventh goal against the Czechs, in the second half to end any Camp Nou hopes.

Inter still had Romelu Lukaku on the bench, who reappeared without any pressure. The Belgian scored the fourth. Everything was decided. Inter was a round of 16 team. Barça was left out before playing.