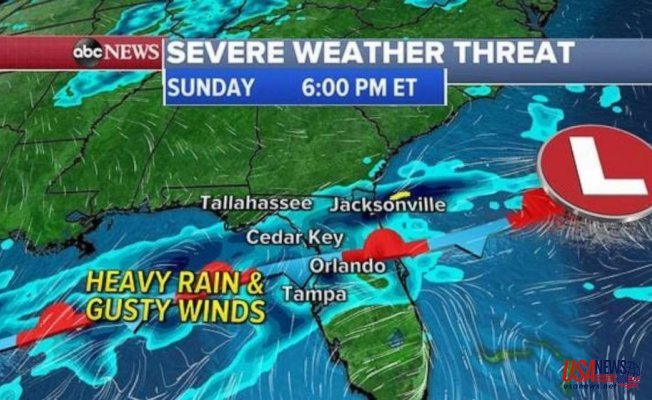 Sad to say, the spring heat seems set to be short lived.

Intense storms are expected across central and northern Florida with gusty winds and hail on Sunday during Monday as more snow showers proceed through the Rockies from the West with as much as four countries under winter weather alarms.

In general, a quiet weather pattern carries us to the first half of this week for the majority of the Northeast with temperatures in the 60s to 70s.

A frontal system will float over Florida for another 48 hours and will attract rain, gusty winds and hail throughout southern and central Florida through Monday.An estimated 1 to 3 inches of rain will be possible for this system through Tuesday.

Elsewhere, temperatures begin to bounce back into the 60s and 70s now through Wednesday throughout the Northeast.

Sad to say, the spring heat will probably be short-lived with temperatures down into the 50s at the end of the week.

From the Midwest, a chilly blast should arrive sooner in the week having a chance for collecting snow round the Rockies and winter alarms are in effect for four countries on Sunday during Monday evening from Montana to New Mexico.

There's an elevated fire threat on Sunday round the Pacific Northwest to Southern California and that danger will propagate to Nevada and Utah from elsewhere.