No one has more aptly described the capital-intensive nature of the semiconductor industry than Randhir Thakur, Intel's senior vice president and head of the Foundry Services division, created last year to make chips on demand for third parties for the first time in the history of the industry. 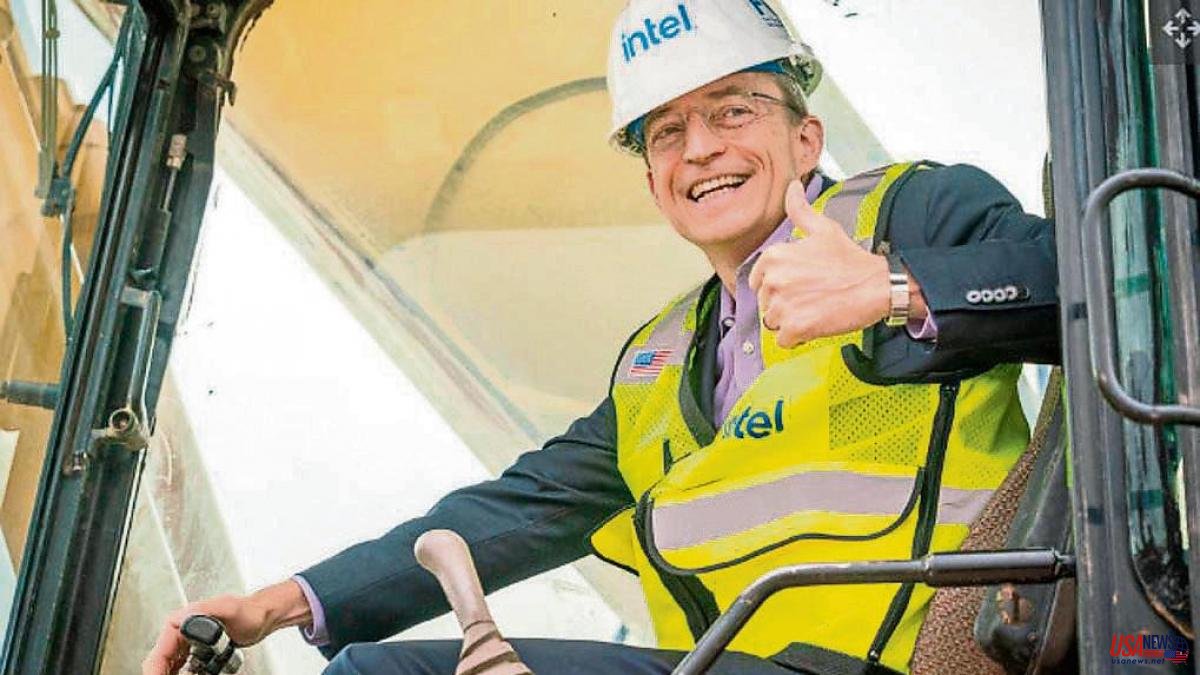 No one has more aptly described the capital-intensive nature of the semiconductor industry than Randhir Thakur, Intel's senior vice president and head of the Foundry Services division, created last year to make chips on demand for third parties for the first time in the history of the industry. company. According to Thakur, "Today, the cost of operating a factory in the United States is 35% to 40% higher than in Taiwan or Korea." Countries where its competitors, TSMC and Samsung, originate.

The law baptized with the acronym Chips Act, which Joe Biden has promulgated with the aim of restoring the place ceded years ago by the United States in this industry, is not enough to solve all the problems. There is one that takes away sleep: the Chinese program to equip itself in the short term with a powerful semiconductor industry exceeds the amount of the American one. In the wake of this notorious conflict, Samsung and TSMC have joined the current, invited to build their own factories on US soil.

Intel will undoubtedly be the main beneficiary of the resources mobilized by the CHIPS Act. After signing it, Biden rushed to visit, accompanied by Pat Gelsinger, CEO of the company, the plot of land in Ohio where the first subsidized factory will be built and tax exemptions that should cover 30% of its cost.

Thakur has admitted that his purpose will encounter two non-technological problems: he will need 7,000 workers – not available in Ohio – to complete the work before 2025. By then he will have to train 3,000 technicians, financing three local universities.

In Chandler (Arizona), Intel has already started, with its own resources, the construction of two other factories that will be part of a group of six. To do this, Gelsinger has set up a financial engineering scheme that he prefers to call smart capital: a radical change in the economy that governs this industry. Intel has closed an agreement with the Canadian fund Brookfield so that it contributes 15,000 million and shares the risk and benefits of the two factories that, in principle, would not receive federal funds as they are already started projects.

The agreed formula contemplates sharing the investment of some 30,000 million dollars at the rate of 51% by Intel and 49% by its partner; the same proportion for the benefits it generates. To convince shareholders, Gelsinger has presented the operation as a kind of two-for-one: by reducing the financial burden, he will be able to maintain the dividend despite the sinking of the share.

Unlike the Ohio factory, which is meant to produce chips to order, the pace of development in Arizona could be driven by the demand Intel is able to generate for its products. The environment has been complicated in this industry, which is moving from a severe supply shortage to a potential glut induced by the looming recession.

The industrial flexibility envisioned by Gelsinger and Thakur would make it possible for Intel to produce its chips in a modular way: so it can outsource components to other manufacturers and even let its customers take care of some disaggregated processes before the chips are assembled.