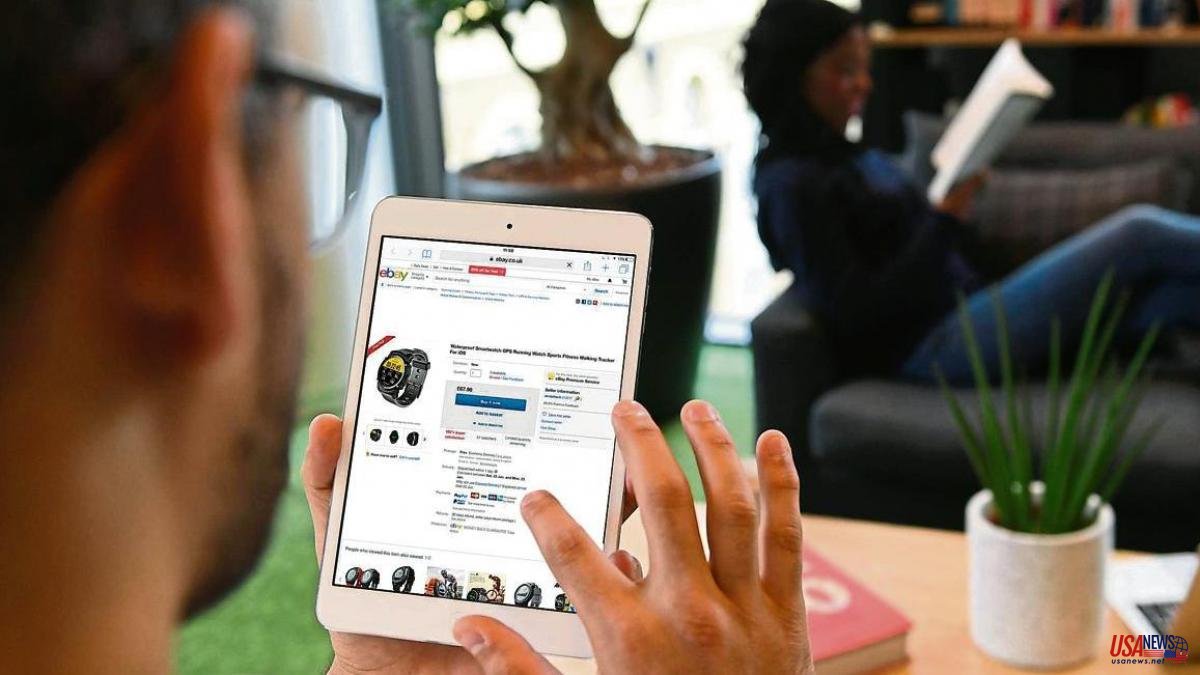 Buy now, pay later (buy now, pay later). The concept is familiar because deferred payments have been around forever, but this claim – better known by the acronym BNPL – serves to designate the latest trend in low-priced products purchased online. A swimsuit for 40 euros, some slippers for 80 or a chair for 120... The consumer buys them instantly, but makes the payment in two or three installments over the following months. Without interests and comfortably from the mobile. A solution that is captivating the Z and millennial generations, young people with limited purchasing power and who see the BNPL as an opportunity to acquire that product that they need or want so much.

The service was popularized by the boom in e-commerce during the pandemic and has expanded especially in Northern and Central Europe, as well as in the United States and Australia (see chart). In Spain, it is just beginning to take off.

"There are no official figures at the local level, but after some time the service was a bit limited, it is now growing very significantly," notes Santiago Carbó, director of Financial Studies at the Funcas analysis center, who assures that the global transaction volume will reach a value of 700,000 million dollars in 2025.

Proof of this are the companies behind it. Whereas a couple of years ago only a few platforms offered this service – start-ups like Klarna, Clearpay, Sequra, Affirm – recently, the big banks have launched their own version. In September, a group of Spanish entities (Bankinter, BBVA and Sabadell, among others) introduced the Plazox service through the company System of Cards and Payment Methods. Earlier this year Santander launched Zinia and a month ago Caixabank introduced its counterpart Izzinow. The latest large company to enter the BNPL is Apple, which last week activated the Apple Pay Later service for its customers in the United States. This latest movement has already provoked the response of PayPal, one of the veteran platforms, which as a counterattack has announced that it will extend the terms up to two years to improve Apple's offer, which at the moment only allows payments to be divided up to six weeks.

David Bäckström, founder of the Barcelona start-up Sequra, admits that the entry of banks will trigger competition and cause a fight to gain online visibility during the different steps of the purchase process.

Precisely, flexibility in payments is the claim that all platforms use to attract consumers. "The new generations ask for flexibility and because of the financial crisis they no longer trust traditional credit, hence the pull of the service among this group," says Beatriz Velarde, manager of Clearpay in Spain, one of the largest platforms in the sector.

But where some see flexibility, others see a service that encourages consumerism and puts users with reduced purchasing power on the ropes. “Buying and paying later is very tempting, but it can encourage impulsive buying, and for this reason you have to be sensible so as not to end up in excessive debt. Sooner or later these small debts will have to be paid and they can accumulate”, warned the Bank of Spain in a statement, which recognized that before, this service was aimed at disbursements of a significant amount: a car, works at home, studies, and also other objects of perhaps lower cost, but with a characteristic of durability.

Given the concern about consumer debt, the platforms ensure that the vast majority of customers meet the deadlines to the letter. “Only 1% are late or do not pay. We carry out evaluations and only make the loan to those who can afford the payment, ”says Daniel Espejo, general director in Spain of Klarna, a platform whose users have an average age of 35 years. In the case of Sequra, the default ratio is even less than 1%: "We measure the risk profile by analyzing data such as age, the neighborhood where they live or the time they make the purchase," says Bäckström. On the other hand, in Clearpay, the percentage is higher: "9% are late," says Velarde, who takes the opportunity to mention that, in his case, they do not claim the debt from the consumer and only veto future access to the service.

However, other studies, such as the one prepared in 2020 by the Australian Securities and Investments Commission, indicate that the ratio of delinquent clients is much higher. This report ensures that it stands at 20%, and also warns that one in five users cuts essential expenses, such as food, to meet the payment. In fact, the surcharges for non-compliance with payments are usually significant – from 6 euros per late payment – ​​if the price of the purchased product is taken into account.

Faced with this phenomenon, several countries have sounded the alarms and are already trying to curb their activity. In the case of Australia, where Clearpay was born, they are already preparing a regulation. In the United Kingdom, the financial authority (FCA) has recently approved a regulation that puts an end to some aspects, such as cancellation of payment. Meanwhile, in Sweden, the Privacy Protection Authority has opened investigations against the giant Klarna; and in the case of the United States, the Consumer Financial Protection Bureau has opened investigations against five companies: Affirm, Afterpay, Klarna, PayPal and Zip. She is concerned about "the accumulation of debts, regulation and the data that the platforms collect from the consumer."