Innoaesthetics Laboratory, SME of the year 2022 in Barcelona 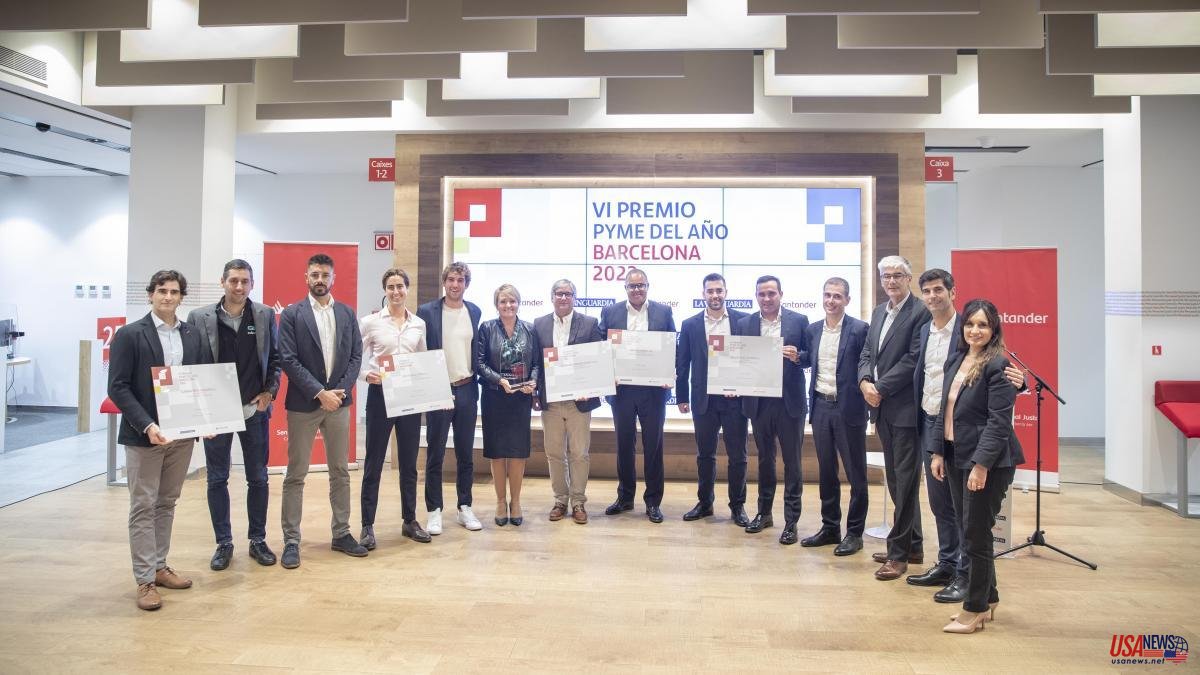 The company Laboratorio Innoaesthetics S.L.U., dedicated to the creation of dermatological cosmetic products for the protection and care of the skin, has received the Barcelona SME of the Year 2022 Award, an award organized annually by the Spanish Chamber of Commerce and Banco Santander, in collaboration with The Vanguard.

The jury made up of Banco Santander, the Autonomous University of Barcelona, ​​La Vanguardia and the Chamber of Spain, has particularly valued the growth in the volume of exports from this laboratory and its constant innovation, in addition to the ongoing training of its customers and distributors, as merits to win this award. In addition to the provincial prize, four second prizes have been awarded in the categories of Internationalization, Innovation and digitization, Training and employment, and Sustainable SMEs.

The Second Prize for Internationalization has been awarded to Enerside Energy S.A., specialized in the development, construction and maintenance of renewable energy projects. The Second Prize for Innovation and Digitization went to the company BCN Visuals Studio S.L., an innovation company dedicated to 3D advertising campaigns. The Second Prize for Training and Employment has been awarded to Solideo Eco Systems S.L., a benchmark in energy efficiency solutions, especially photovoltaic self-consumption. And, finally, the Barcelona Sustainable SME Second Prize goes to Submer Technologies S.L., which develops and installs cooling systems for servers by dielectric liquid immersion. National SME of the Year Award 2022.

The company Laboratorio Innoaesthetics S.L.U. will compete for the 2022 National SME Award, which will be chosen among the winners of each province. The name will be known in the first months of 2023, at an event to be held in Madrid. Likewise, the winners of the Accésits will also attend the national final in their respective categories, where the companies that have stood out for their Internationalization actions, their Training and Employment or Innovation and Digitization policies will be chosen, as well as those with socially responsible. In this new edition, the sixth of this Award, nearly 1,800 companies from all productive sectors have participated.

Banco Santander and the Spanish Chamber of Commerce created the SME of the Year Award in 2017 to recognize the performance and work of small and medium-sized companies as creators of employment and wealth. In addition, it aims to give visibility to the daily efforts of businessmen who contribute with their efforts to the economic development of the territory.

The award is aimed at small and medium-sized companies with less than 250 employees and a turnover of less than 50 million euros. His Majesty the King presented the National SME of the Year 2021 Award to the company from Huelva, Seabery Augmented Technology, dedicated to the development of educational technologies based on simulation with augmented and virtual reality.