Despite the uneventful achievement of the alliance of Por Andalucía, Inmaculada Nieto (Algeciras, 1971), from IU, immediately made friends with her number two in the campaign, the civil guard Juan Antonio Delgado –who Podemos wanted at the head of the list– and the blood did not reach the river. 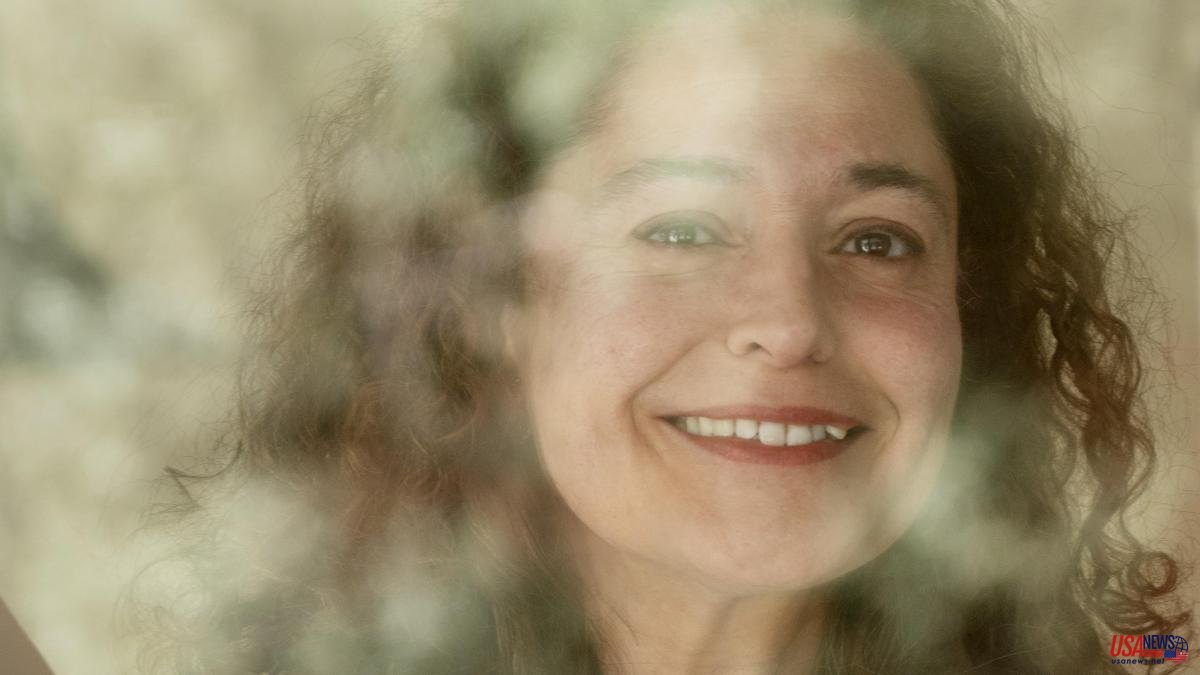 Despite the uneventful achievement of the alliance of Por Andalucía, Inmaculada Nieto (Algeciras, 1971), from IU, immediately made friends with her number two in the campaign, the civil guard Juan Antonio Delgado –who Podemos wanted at the head of the list– and the blood did not reach the river. Her style, calm and rigorous, faces a landscape in which actor profiles prevail and faces the final stretch of the campaign, driven by the support of Yolanda Díaz and the leaders of IU, Podemos and Más País.

Has Andalusia been reinforced by the massive events this weekend with state leaders?

Definitely. Íñigo Errejón, Ione Belarra, Enrique Santiago, Yolanda Díaz, Pablo Iglesias have passed through here… they have given us their support and this is a shock for the campaign and for the coalition of Por Andalucía.

...Or perhaps the understanding between the Andalusian leaders has spread to the state directorates.

The heat of Andalusia is contagious and more so, in the midst of a torrid heat wave. I think that the companions leave with the warmth that our people have given them and they take it with them to continue moving forward.

Do you fear that the Andalusian result, for better or for worse, will be used in state battles?

The result is going to be good, but this is a clearly Andalusian process. We are a key piece that will strive so that, when the time comes, Yolanda Díaz is the first president of the Spanish government. But now we are in the work that has to lead us to form a government of progress for Andalusia.

The Andalusian PP has opted for a moderate conservatism, similar to that of the conservative leaders of the PSOE, such as García Page or Lambán. Does the voter perceive it that way and hence their expectations?

Mr. Moreno Bonilla makes policies whose moderation is measured in their consequences. And the agenda that he has deployed has been very harmful to the general interest. He lacks moderation, if measured in that, in the damage he has done and in the deterioration he has caused in public services, in the involution of rights or in his lack of management of the chronic employment problem that Andalusia suffers. So that's marketing.

You bet on a progressive government, if they add up, but Adelante Andalucía is reluctant to collaborate with the PSOE.

We believe, and we have already made it explicit, that all the progressive forces represented in the chamber have the responsibility to reach an agreement so that there is a government of progress. Staying anchored in the perfect opposition or having a certain allergy to making decisions is not the right path. In Por Andalucía we come to make a fair agreement for that, so that the vote is not fragmented and I have all the electoral power and all the institutional utility. And we aspire to lead that block of progress: I want to be the president of the Junta de Andalucía with the support of the progressive forces of the chamber.

They denounce the dismantling of public policies. The president denies it, says that investment has increased.

Well, it is that the president of the Board sometimes seems to live in another place that is not Andalusia. We have denounced something that is a clamor on the street. And what Moreno Bonilla demonstrates by denying that painful reality for many people is a political cynicism that is not acceptable. It is evident that there are unaffordable waiting lists, in health care and dependency, that there is a lack of teachers, that boys and girls have unaffordable ratios per classroom and in schools that are not in conditions. And the deterioration of social protection is also objective, a formidable business is being done from private companies with the basic services that the Andalusian people need. To deny that evidence is an exercise in filibustering.

Are there true alternatives to the brick and tourism model, or is it voluntarism to try to diversify activity in Andalusia?

What is pure willfulness and stubbornness is wanting to repeat a failed model. In Andalusia, the ladrillazo and the culture of the ball linked to urban speculation brought a lot of unemployment and a lot of ruin. The bursting of the housing bubble caused greater damage in Andalusia than in the rest of the country. We are talking about finite resources, land and water, and productive diversification is not an option, it is the only way to guarantee that the primary sector and the tourism sector continue to function. And there is employability in other fields that, if the European funds had not come, would not have started. Now there are resources for this, to strengthen the value chain in the agri-food industry and for technological training and innovation. But to do all this, you have to have well-ordered priorities and make modern policies, which are being done in other territories, even from the approved right in the rest of Europe. But we also have the misfortune of having the oldest right in Europe.