The confirmation of the worst data on inflation in much of the world continues to pave the way for a strong response from central banks. 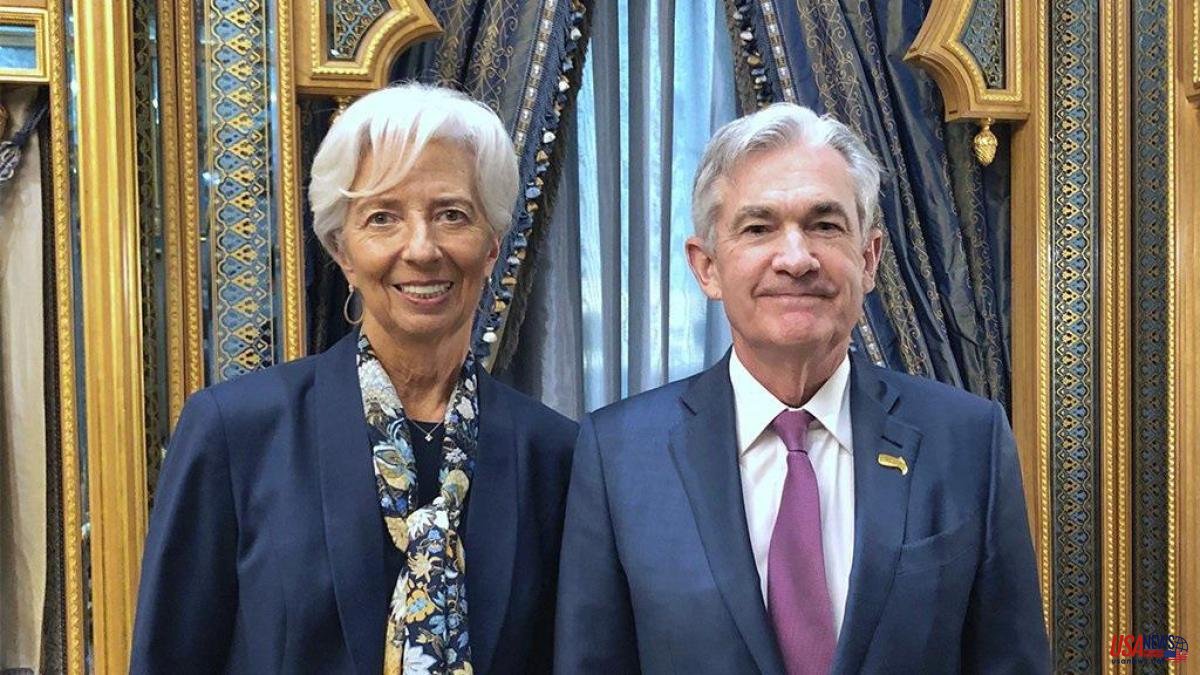 The confirmation of the worst data on inflation in much of the world continues to pave the way for a strong response from central banks. On Wednesday, to whet your appetite, the Bank of Canada, a member of the G-7, raised rates by 100 basis points, from 1.5% to 2.5% in a move that may anticipate similar responses from other banks. No, in principle, from the European Central Bank (ECB), always much slower, predictable and prudent than the rest of the entities, although we will see.

For now, he hopes that the institution chaired by Christine Lagarde will follow the line announced a few weeks ago and limit the rise to 25 points, up to 0.25%, at the meeting of its governing council next Thursday, July 21. Any other decision would be a great surprise of those that do not usually abound in Frankfurt. The ECB never anticipates rate hikes and this time it has. For this reason, it is even more unlikely that it will not comply with what was announced.

Another thing is what the Federal Reserve does, which will have a little more time to think about it, and for whom the market pressure increases. On Wednesday, the United States was shaken by the June inflation data, which is already at 9.1%, confirming the worst omens about the overheating of the economy. In its last meeting, the Fed raised interest rates by 75 points, to 1.75%, but prices continue their upward trend. The central governors, under the presidency of Jerome Powell, will meet again on July 26 and 27.

What will they do? The bets are very open, although the theses of those who believe that the toughest will win the battle are gaining strength. According to Michael Feroli, chief economist for the United States at JP Morgan, to the Bloomberg agency, at the Fed "they have time, if they want, to change the expectation to 100 basis points and I don't think they have given us a good reason to go slow or be gradual. The market is beginning to seriously count on this possibility. Citigroup economists now also anticipate the Fed's more aggressive move. Andrew Hollenhorst in a note to clients said today that “we now expect the Fed to make a 100 basis point rate hike at the meeting later this month ”.

Rates are going to rise much more in the United States, up to 3.5% or 3.75%, because the Fed has room for it and the labor market is at its highest, with the unemployment rate sitting at 3.6% of the active population. Overheating is evident in some assets, such as real estate, with prices skyrocketing. Therefore, more forcefulness is not ruled out.

The rise in interest rates will obviously have consequences wherever this movement takes place. It always has it, although sometimes it takes time to manifest itself. Bank of America is already looking a little further and predicts that, in parallel with the sharp increase in the price of money, a mild recession will arrive this year in the United States. There are many who think the same. The bank says spending on services is slowing and strong inflation is prompting consumers to cut back. From there to the brake of the economy and the recession there are few steps. In the eurozone, the rate hike will also be felt.

The stock markets, again very low today, continue to discount instability and a sharp slowdown or a recession -certainly mild- sooner rather than later. There are many unknowns, among which stands out, above the rest, the uncertainty about Russia's war in Ukraine and the possible supply cut that would knock out Europe from the fall. This scenario, the worst, would cause the much-feared stagflation, since prices would shoot up even more due to the energy shock and the economy would enter a major recession.

In the background, the market wants to know how the eurozone will manage the rate hike when tensions over the debt of peripheral euro countries intensify. At this point, the anti-fragmentation plan prepared by the ECB is key to trying to ensure that monetary policy is transmitted correctly to all the countries of the single currency. Above all, to Italy and Spain.