Inflation rises 8.6% in the US in May and is rocked to the highest level since 1981

President Joe Biden has made it his goal, by pushing for the standardization of chargers, to get Americans to buy electric cars. 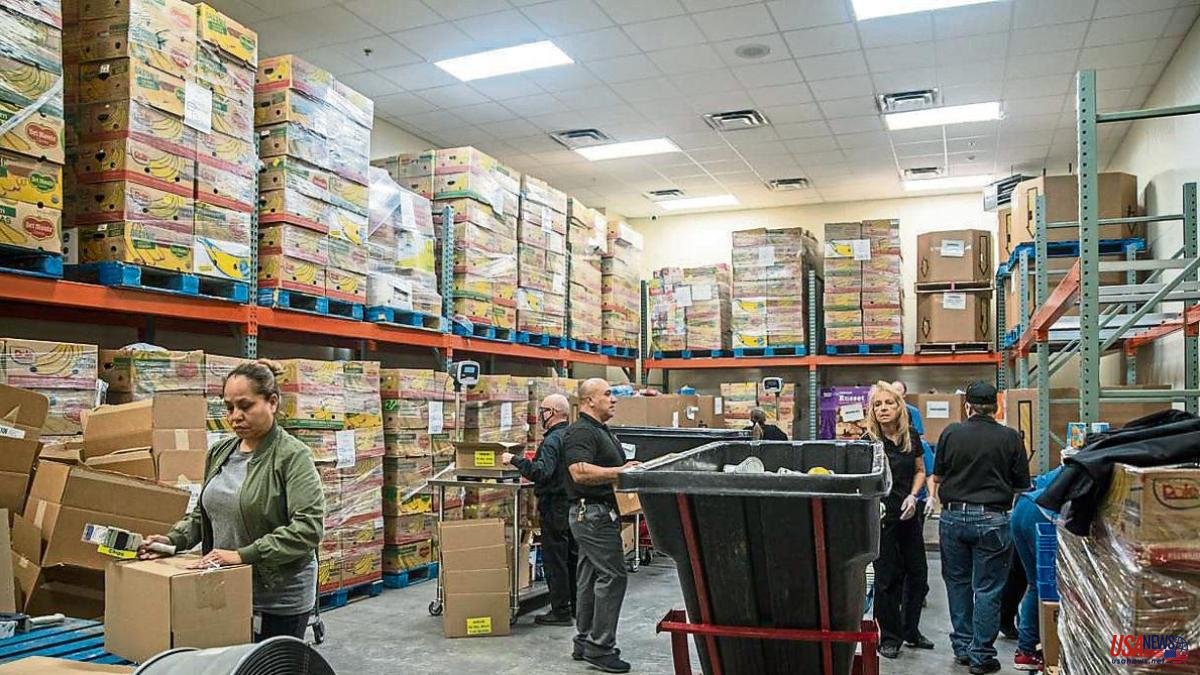 President Joe Biden has made it his goal, by pushing for the standardization of chargers, to get Americans to buy electric cars. Although that means supporting the business of Elon Musk, one of his great critics for the increase in prices, a greater number of electric vehicles means less spending on gasoline, and a reduction in current complaints, because it has reached five dollars a gallon, one of the worst indicators that exists in this country and that most worries citizens.

His initiative came on the eve of the announcement this Friday that inflation reached a rate of 8.6% last May, and remains the highest annualized rate since 1981, according to the Labor Department. It is the highest figure in four decades, after in April this figure will stand at 8.3%. Then a small setback in this data was highlighted to glimpse a sign of cooling when falling three tenths. Last month, however, it returned to 8.6% in March

It is precisely the cost of gasoline that is the key factor in this level of inflation, as well as that of food, two of the factors that most affect the pockets of the average citizen and, above all, those with fewer resources. Food banks are very busy.

An increase of 0.7% was expected, more than double what it rose from April to May (0.3%) and an annualized rise of 8.3%. So the forecast was that the annualized inflation rate would remain at the highest levels in 40 years, dynamite for the Republicans in the White House smear campaign.

But the percentages have gone worse than forecast. From one month to another, the increase has been 1%. Energy prices grew 3.9% from April to May, leaving the annual rise at 34.6%. By categories, gasoline became more expensive by 16.9% in one month, which makes this increase in twelve months reach 106.7%.

Food, for its part, rose 1.2% in May, which on an annual level represents a rise of 10.1%. Citizens may not know the specific details of the percentage, but they are very clear about what this means when making purchases.

This price escalation means that workers suffer another "cut" in their monthly wages. Real wages, accounting for inflation, fell 0.6% in May, despite hourly pay rising 0.3%. On an annualized basis, real median hourly wages fell 3%.

High inflation is the reverse of strong growth in the US economy, fueled in part by low interest rates and government stimulus to lessen the impact of the health crisis. The annual rate of inflation began to rise from early 2021 as the US economy rebounded from the pandemic at a rapid rate, although supply chain problems and other headwinds put pressure on prices. This trend has worsened exponentially since February with the war caused by the Russian invasion of Ukraine.

This price level poses a challenge for the Biden administration and for the Federal Reserve (Fed), which faces a challenge not seen since the 1980s. The US central bank will take this fact into account at its meeting next week, after two increases in interest rates, an aggressive policy that, everything indicates, will be reinforced. The temporary effect that was sponsored has jumped to the fear of a recession.

One of Wall Street's concerns is that this rise in prices is becoming embedded in services, displacing goods, which would be a negative omen and difficult to reverse.

Inflation has become the Trojan horse of the Biden administration, which for months considered it to be something circumstantial as a consequence of the recovery after the confinement due to the pandemic and the bottleneck that was generated with supplies.

But the months have passed and the Russian invasion of Ukraine was added. "Putin's war", as government officials call it, with Biden leading, is the excuse that this administration has found to attribute all the blame for rising prices. No one doubts that the war, which threatens to cause a global food catastrophe, plays a decisive role. But the rise in prices, especially of what is put on the table and in the tank of cars, was already on the rise before.

As Janet Yellen, Secretary of the Treasury, pointed out this week, inflation is the main concern of the executive, since it is the main concern of citizens. Yellen said this in Congress, after singing the mea culpa for not having anticipated this situation – she underestimated it – although she removed all responsibility for the hundreds of billions of dollars in stimulus that the government distributed to compensate businesses and families for the damage covid economy.