Inflation moderates slightly in August and stands at 10.4% year-on-year

Inflation moderates four tenths, but remains at very high levels, and for the third consecutive month it exceeds the 10% mark. 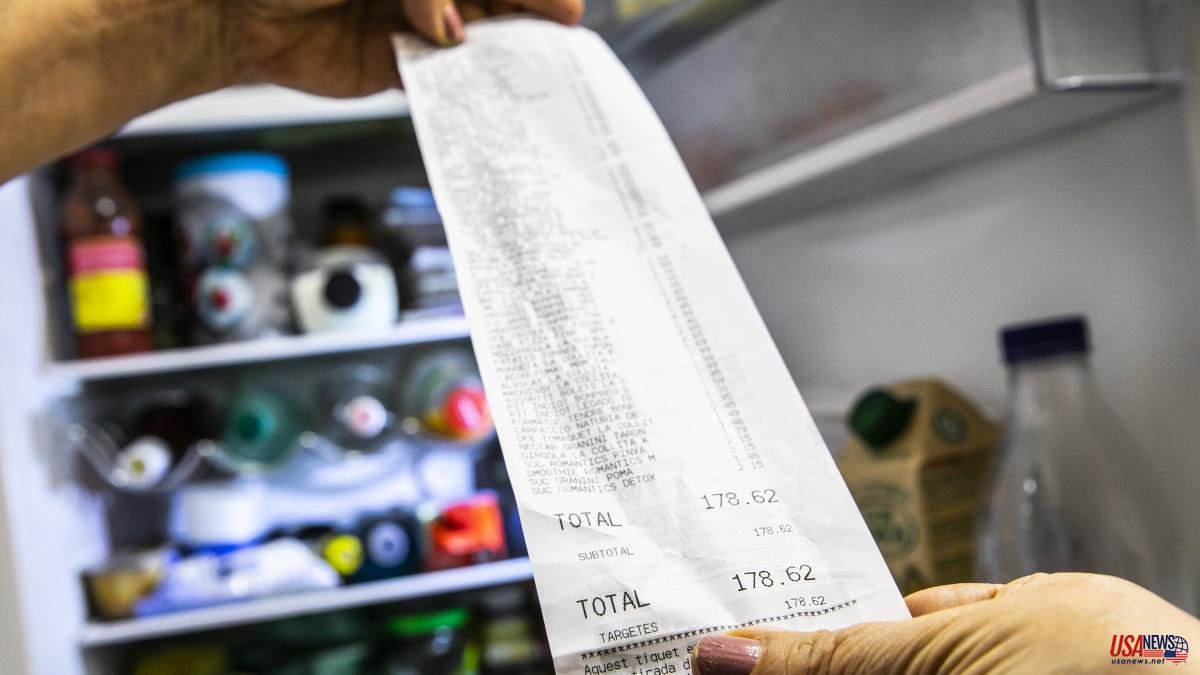 Inflation moderates four tenths, but remains at very high levels, and for the third consecutive month it exceeds the 10% mark. Specifically, in August it stood at 10.4%, which represents its first drop since April, but still at extremely high levels, never seen for more than 30 years.

In addition, core inflation, which does not take into account energy or unprocessed food, rises three tenths and stands at 6.4%, which is its highest level since January 1993, that is, for 29 years. . It is the advance data on inflation published today by the INE.

Once again, it is electricity that has pushed up prices, also accompanied by increased prices for food, restaurants and tourist packages. In tourism, the attempt of companies to try to recover through an increase in margins what they have lost during the pandemic is noticeable. On the other hand, gasoline prices have pushed down the CPI for August. Here you can see the drop in the price of a barrel of oil, as well as the bonuses that the Government maintains in this area.

From the Ministry of Economy, Russia is blamed for this escalation in prices. They emphasize that the peaks of inflation have been registered in the months of March, when Putin started the war, and June, when Russia reduced gas supplies to Europe. They add that "the slowdown in inflation coincides with the implementation of the Government's packages of measures."

For her part, the First Vice President and Minister of the Economy, Nadia Calviño, told TVE that "inflation has begun to moderate, in principle, it will continue on this path of decline in the coming months." This moderation of inflation from autumn is the great hope of the Spanish economy. Predictions indicate that it will occur, but the great obstacle is the price of electricity, with the ups and downs of the Russian gas supply and its impact on prices. This is what has finally led the European Commission to react and announce an emergency intervention in the electricity market.

"The element of moderation is the most remarkable thing in today's data. It shows that the exogenous factors that cause inflation are easing, such as the price of oil or the reorganization of supply chains," says Raymond Torres, from Funcas. However, he adds that a double problem remains: the price of gas and core inflation, which continues to pick up. "It shows that the productive apparatus is still trying to digest exogenous factors," adds Torres.

On the other hand, Javier Ferri, from Fedea, considers that "there are three factors that will push the brakes on inflation in the coming months", such as the reduction in pressure on global supply chains, which is already far from peaks reached in May and June, the effects of the more restrictive monetary policy that is being applied, and the base effect that will occur in the last four months of the year, which will be compared with an end of 2021 that registered very high inflation. elevated.

So far in 2022, January started with prices then considered very high, 6.1%, to shoot up progressively, especially in March, when it was close to 10%, and later in June, July, and August, when it clearly exceeds

The year 2021 is far away, when it went from a CPI of 0 at the beginning of the year to 6.5% at its end. It was the year in which this upward cycle of prices began, which, later, with the war in Ukraine, has reached even higher levels.

With these numbers, the ECB's 2% inflation target is totally out of reach in the short term, given that the average inflation forecast for the year is slightly below 8%, pending to see if, as it is expected, in the fall the rise in prices will moderate.

With inflation above 10%, the negotiation of the Agreement for Employment and Collective Bargaining (AENC), currently blocked between the employers and the unions, is further complicated. A document that, when achieved, serves as a reference for the negotiation of the different agreements, but this time it will cost a lot to reach a consensus. This morning, UGT, has insisted that with an inflation of 10.4% wages must be raised. "The CEOE has to be responsible with the citizens of this country and revert to the families all the benefits that the companies have accumulated during these years", affirms UGT in a community.