Inflation moderates in December to 5.8%, but food continues to skyrocket

Prices continued to moderate in December for the fifth consecutive month as the year-on-year inflation rate stood at 5. 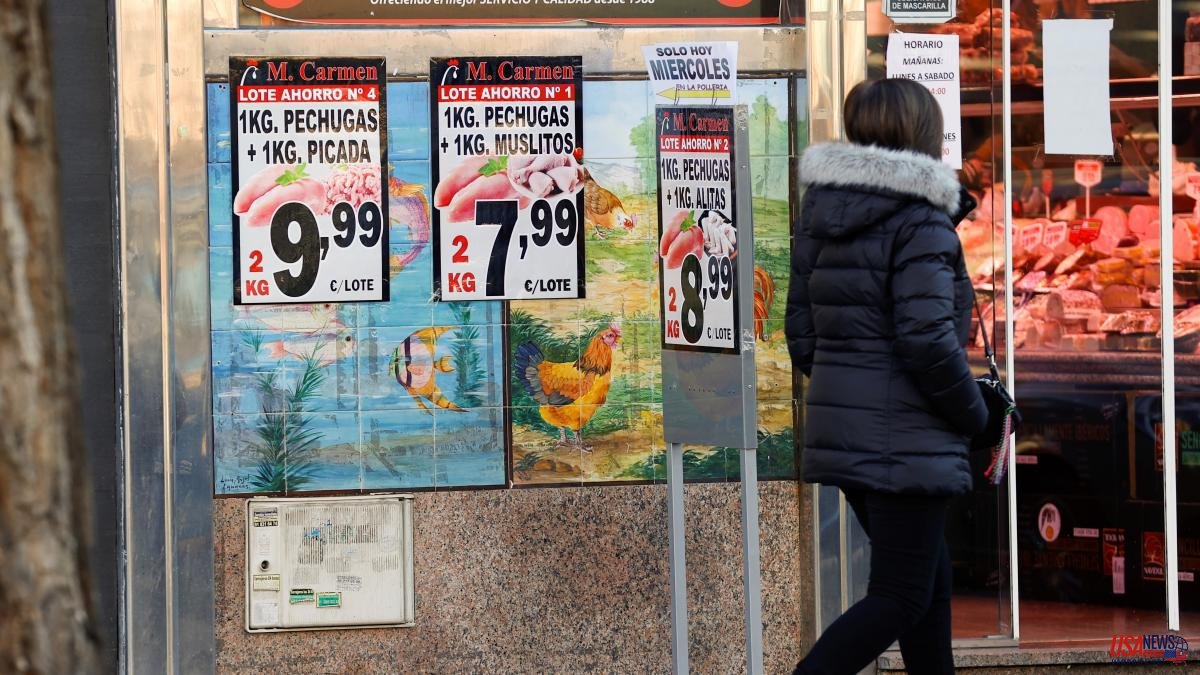 Prices continued to moderate in December for the fifth consecutive month as the year-on-year inflation rate stood at 5.8%, one point less than in November and its lowest figure since November 2021, when it stood at 5.5%. according to provisional data published today by the INE. However, core inflation -which excludes energy and fresh food prices- increased six tenths, to 6.9%, driven by higher food prices.

The cheaper electricity and fuel compared to the figures from a year ago explain the downward trend in the general rate of inflation. In the opposite direction, the prices of processed foods and tobacco shoot up. And they have also contributed to the rise in the prices of clothing and footwear, which have decreased to a lesser extent than they did in December of last year.

The data for December is five points lower than the peak reached in July, when inflation reached a historic 10.8%, its highest level since September 1984. Since then, prices have moderated month by month, at the same time that there has been the greatest upturn in decades in food prices, which have become more expensive by 15.3% compared to a year ago -according to the latest data available for November-.

In monthly terms, the CPI registered a rise of three tenths, compared to the decrease of one tenth of the previous month. While Spanish twelve-month inflation harmonized with the European Union was 5.6%, below the 6.7% in November.

What is most worrying is core inflation, whose rate is still skyrocketing and is seen as an indication of the extent to which inflation is structural. In November it rose one tenth, to 6.3%, and this December it has continued to rise until it is above the general rate of inflation, something that has not happened since February 2021.

Despite this, the Government makes a positive assessment of the latest CPI data and downplays the rise of the underlying, which considers that "it is logical" that it is taking longer to fall "because it took longer to rise", commented the first vice president of the Government and Minister of Economy, Nadia Calviño, in statements to Cadena Ser.

In order to control prices and alleviate the pocket of consumers, the Government approved this week its third package of anti-crisis measures, among which stands out the reduction and suppression of VAT on basic foods for half a year, a measure that will be withdrawn if inflation underlying decrease of 5.5%, as well as a check of 200 euros with rents of less than 27,000 euros per year and the freezing of rental prices that are renewed for six months.

Added to these measures are others already in force such as free commuter train tickets and discounts on urban transport, a 2% limit on rent increases and a tax reduction on electricity and gas. Initiatives that aim to relieve the pocket of consumers and also stop the escalation of prices. In this sense, Spain registered the lowest inflation in the European Union in November, with a rate of 6.7%.

On the other hand, the year-on-year CPI data for December, which must be confirmed on January 13, serves as a reference for calculating the revaluation of wages in agreements with safeguard clauses. However, they point out from UGT, the increases that the agreements that are being signed reflect on average are much lower than the increase in the cost of living -2.69% until November-, so many consumers will suffer "a significant" reduced purchasing power. While the general secretary of the CCOO, Unai Sordo, has denounced in an interview in Europa Press that the companies "are trying to block many collective agreements, or are making very low salary proposals", while accusing the Government of having "dynamited " with the anti-crisis measures adopted from "unilateralism" a possible rent agreement.