Inflation marks a new record in a slowing euro zone

Prices do not give respite in a eurozone that is slowing down, affected by high energy costs, the rise in food prices and the impacts of the war in Ukraine. 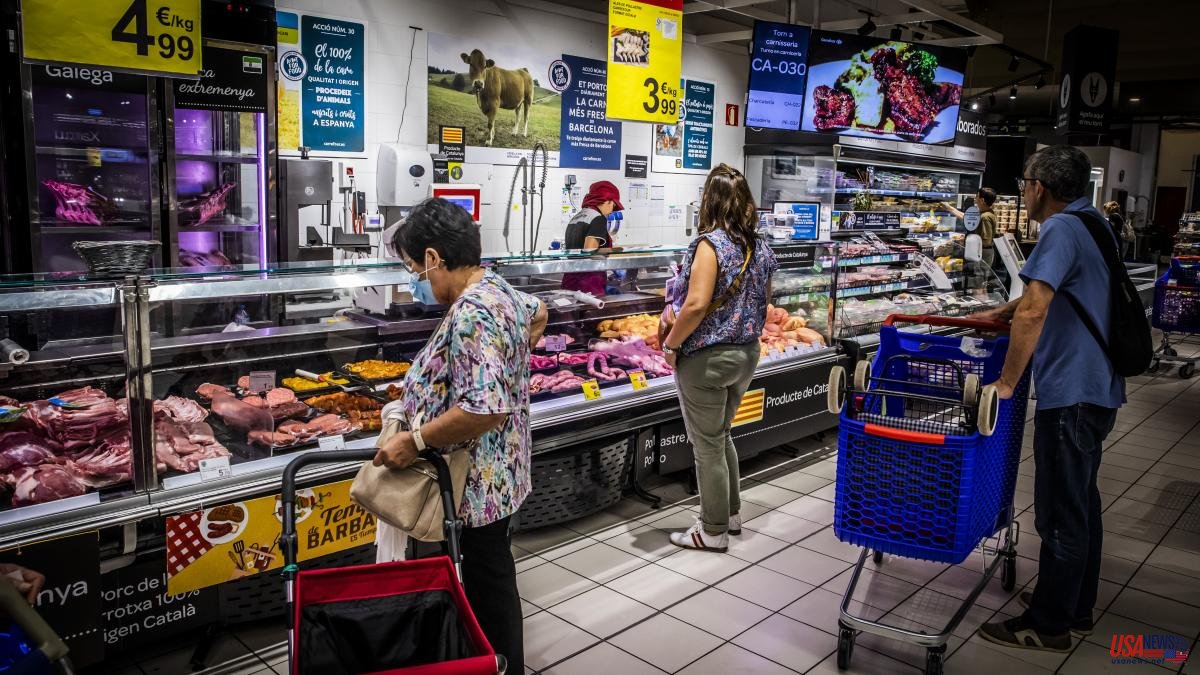 Prices do not give respite in a eurozone that is slowing down, affected by high energy costs, the rise in food prices and the impacts of the war in Ukraine.

Inflation marks a new record, sixth in a row, and climbs to 10.7% this October, according to the first advance from Eurostat published this Monday. The figure is eight tenths more than in September. At the moment the ECB rate hikes are not having the desired effect.

In turn, growth in the third quarter, from July to September, was barely 0.2% quarter-on-quarter, far from the previous 0.8% and with several countries in decline. And the view is already set on the end of the year. The danger of stagflation - high inflation and low or negative growth - lurks on the mainland. "While the third quarter was more resilient than expected, a winter recession in the eurozone is imminent. The question is how deep it will be," economists at Oxford Economics launched. Although it is accompanied by a more moderate climate than usual and that the homework has been done in filling the gas reserves, the flows and prices depend on the evolution of the war.

Behind the rise in prices is in fact electricity that continues to skyrocket, with an increase of 41.9%, very close to the maximum of 42% in June. Food joins with a record increase of 15.4% in fresh and 12.4% in the group of processed, alcohol and tobacco.

Underlying inflation, which does not count fresh or energy, shows how the cost of electricity has been spreading to all products. In October it was 6.4%, four tenths more. “Another increase in inflation in October underlines that the fourth quarter will be difficult”, affect Bloomberg Economics.

The majority of countries, 11 out of 19, have an inflation of more than 10%, to which Spain escapes (7.3%), which has gone from being one of the large economies with the highest inflation to the second lowest. "This confirms the effectiveness of the measures of the Government of Spain in the control of inflation", they value from the Ministry of Economic Affairs.

After a new rate hike by the ECB, "the divergence between inflation rates within the eurozone countries is intensifying, which makes things worse for monetary policy," Oxford Economics warns.

High inflation occurs with declining growth. In the third quarter, the euro zone advanced 0.2% over the previous quarter, far from the previous 0.8%. Belgium and Austria have already contracted one tenth and Latvia 1.7%. Among the great powers, Germany grows 0.3%, France and Spain 0.2% and Italy surprises with 0.5%. The highest growth occurs in Sweden (0.7%).

Compared to last year, the eurozone sees an increase in activity of 2.4%, almost half of the 4.3% from which it came. In this comparison, Spain is one of the best placed, with a rebound of 3.8%, with another slowdown from the previous 6.8%. "The data demonstrates the resilience of the Spanish and European economies. The European economy has continued to grow even with the cut off of Russian gas", summarized from the Ministry of Economic Affairs.