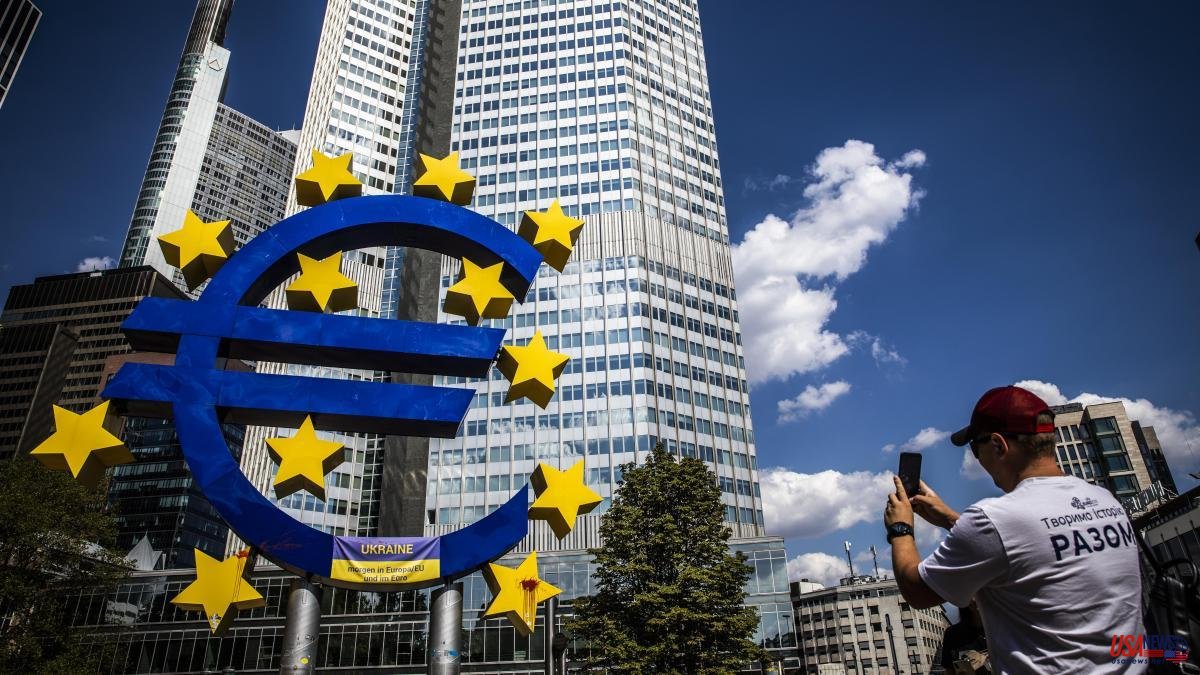 Inflation in the euro area closed 2022 at 9.2% year-on-year, confirming the downward path thanks to the moderation in energy prices. After an unbridled climb that took it to a record of 10.6% in October, two months of declines have followed, according to data published this Friday by Eurostat.

On the other side, core inflation, which excludes energy and fresh food and is what the European Central Bank (ECB) looks at with a magnifying glass to guide its policy, continues to rise. The data reinforces the idea that new rate hikes are coming.

The decrease of almost one point in the general rate -it remains below the 9.5% expected by the Bloomberg consensus- is explained by a notable drop in the evolution of energy, which went from 34.9% year-on-year in November to 25.7% in December. Also fresh foods go from 13.8% to 12%.

A sample of how the increase in energy costs has been transferred to everything else. "The idea is growing that the inflationary peak is behind us, and that a further decline in headline and energy inflation will be seen in the coming months. But today's data leaves little doubt that core inflation is likely to be more persistent, and that it starts to decline later and only gradually," warned Ricardo Marcelli, an economist at Oxford Economics.

By country, there is a general drop. The highest rates are in Latvia (20.7%, one point less than in November), Lithuania (20%, 1.4 points less) and Estonia (17.5%, almost 4 points lower). Spain repeats itself as the country with the most moderate data (5.6%, 1.1 points less), after the deployment of government measures to lower the cost of electricity, transport and fuel. It is followed by Luxembourg (6.2%) and France (6.7%).

"The ECB won't be celebrating for a number of reasons. The most obvious is that inflation is still too high, almost five times its target," said Craig Erlam, an analyst at Oanda. "And it's mainly driven by falling energy prices, which while helpful doesn't solve the inflation problem," he continued. The ECB has been moving for months to try to reduce the escalation, which is very far from the 2% objective with which it moves. According to the forecasts of the entity itself, these levels will not be reached until 2025.

Rates are currently at 2.50%, after several staggered hikes since July. It is its highest level since 2008. The central entity warned at its last meeting, in December, that the road is still winding and that there are more increases ahead. "The increase in the core adds to the ECB's concerns about the persistence of inflation," said Maeva Cousin, from Bloomberg Economics. The analysts' forecast is for two new increases of 50 points in the February and March meetings. After that would come a certain pause.

Monetary policy seeks to stem the rise in prices by cooling the economy, with the risk of causing a sharp contraction. Neither one thing nor the other is happening. The latest data from the PMI index suggest that activity contracted in December at a slower rate than expected, which has allayed fears of a deep recession. In any case, inflation continues to disrupt the day-to-day of companies, with an increase in costs and greater uncertainty.