Inflation closed August at 10.5%, one tenth more than expected

August becomes the third consecutive month with inflation above 10%, a figure until recently considered unthinkable. 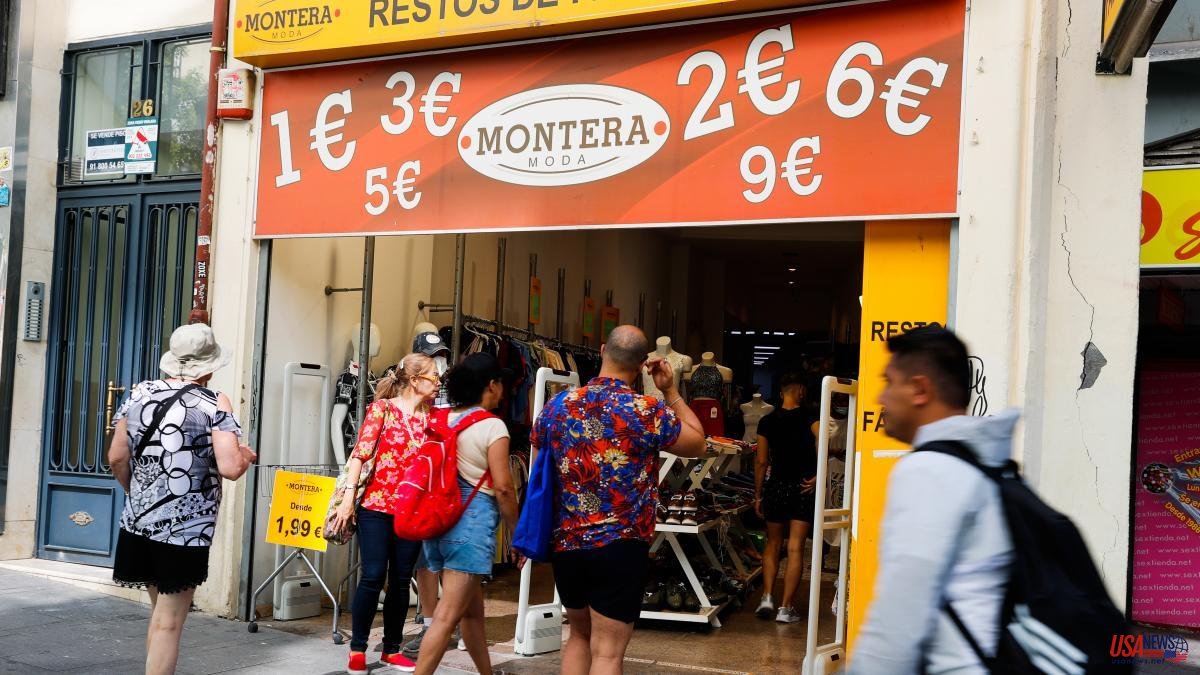 August becomes the third consecutive month with inflation above 10%, a figure until recently considered unthinkable. Prices rose by 10.5%, which is one tenth above the data advanced by the INE. The positive part is that the climb is interrupted and that the CPI is down three tenths compared to July, although they are still very high figures.

They have pushed up electricity prices, as always in recent times, with an increase of 60%, and a new element, the increase of almost 14% in food prices.

On the other hand, the worst news is core inflation that stands at 6.4%, which represents an increase of three tenths. Matches the forward data. This inflation, which does not include energy or unprocessed food, continues its unstoppable rise. It is the highest since January 1993 and has chained 14 consecutive months of increases from a very distant 0.6% in the middle of last year. Those were certainly other times.

In addition, if the forecasts indicate a slowdown in general inflation, core inflation is at a different rate and may take longer to reach its peak and begin its decline. What confirms such a high underlying inflation is that the increase in the prices of energy products, which was the beginning, has clearly passed through to the rest of the shopping basket.

In today's data, the rise in electricity, 60% compared to August last year, and also food and non-alcoholic beverages, with 13.8%, have risen especially. In the latter case, it represents the highest rate in the historical series, that is, since January 1994. A percentage that puts figures on the daily shopping experience.

In contrast, growth in gasoline and diesel prices moderated. This is influenced by both the drop in the price of oil, due to fears of a global economic slowdown, and by the measures taken by the Government, such as the 20-cent bonus. Specifically, in year-on-year terms, the price of gasoline increased by 9.6% in August, when it rose by 24% in July. For its part, diesel increased 26.4% in August by 35% in July.

From the Ministry of Economy, they trust that "in principle, inflation should follow this path of deceleration in the coming months." They also point out that the peaks in inflation have been recorded in March, when the war began, and in June, when Russia reduced gas supplies to Europe.

"There will be a moderation in prices, but this does not mean that we will return to around 2% quickly. We can move around 4 and 6% throughout the next year, even in 2024," says José Emilio Bosca, Fedea economist, who also highlights how so far there have been no second-round effects, because company wages and margins are contained. "This is why it is more important than ever to achieve an income pact and government leadership," adds José Emilio Bosca.