Inequality falls below pre-covid level thanks to improved employment

The level of inequality is being reduced strongly in Spain. 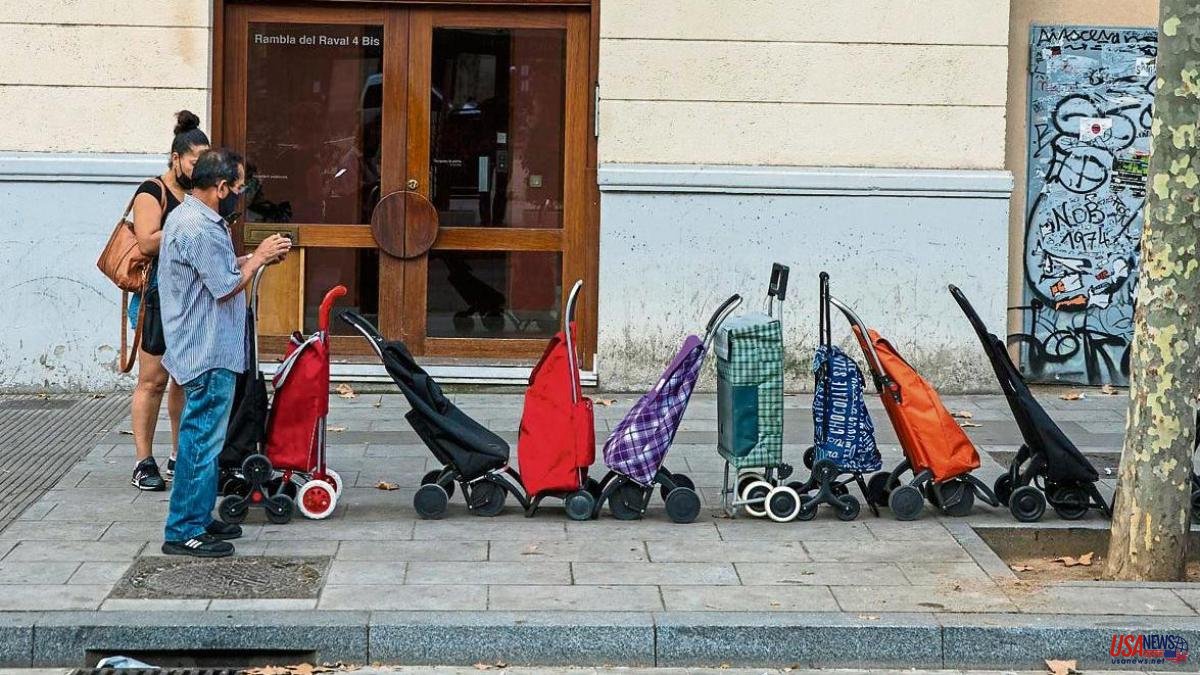 The level of inequality is being reduced strongly in Spain. At this time, wage income, an essential part of the economic prosperity of households, improves month by month and causes the aforementioned inequality to already be at levels below those of 2019. These are historical records in the last decade. In other words, what seemed to be a gloomy autumn and winter for the majority of society is turning out to be a present in which the impact of the crisis is being transmitted more evenly than it was distributed in the previous one. joint.

A month ago, CaixaBank Research launched "Real Time Economy", a tool where, taking its more than 18 million customers as a reference, and extrapolating their financial data to the rest of the population, a representative sample of the economic situation of the Spanish. The Gini index is the coefficient used to calculate the wage income inequality that exists among citizens. The data offered by the entity are clear. In October, the last official record, the average data was already one point below the level prior to confinement. At this time, inequality is also falling at a more pronounced rate among women (-1.7 points in October taking into account public transfers, essentially ERTEs), who start off in worse conditions than among men (-1.6). Also noteworthy are the data for young people, up to 29 years of age, and among adults aged 50 and over, where inequality is also falling at a high rate (-2.6 points in both cases). The autonomous communities where, as of October, inequality was reducing the most were Andalusia, Extremadura and Murcia. In Catalonia the effect was neutral. On the opposite side, it increased in Aragon and Navarra.

Everything has its explanation. Oriol Aspachs is head of Spanish economy at CaixaBank Research and one of the managers of the research service tool. The economist explains to La Vanguardia that the key to ensuring that inequality is falling in Spain at this rate is boosting the labor market. “The entrances and exits from unemployment are the differential factor, which allows many citizens who had no income or very low income to recover purchasing power”, he explains. “If the labor reforms had not been carried out, we would probably see job destruction in this crisis,” adds Aspachs.

The reduction of inequality is compatible, however, with a loss of gross disposable income in households, due to inflation, and with the current situation of consumption, which remains positive, also despite the increase in prices. This does not happen in all crises either. And at this point another notable difference can be observed between the current situation and that of 2008. Data from CaixaBank Research indicate that in the third quarter of 2021 the gross income of families fell by 6%, a figure very different from that of the crisis financial, when it fell 14.6%. It must be remembered that unemployment exceeded 25% in those very hard years. Now, however, the resilience of employment is being decisive. In November there were 2,881,380 unemployed, the lowest figure in that month since 2007.

The improvement in the labor market, in short, is causing more Spaniards to earn a salary and do so under better conditions. The latest data from the National Institute of Statistics (INE) corresponding to the labor cost survey is also significant: salaries rose 4.1% in the third quarter of 2022 compared to the same period in 2021. The average salary, measured in terms of gross cost, it was 2,032.05 euros per month per worker, an unprecedented record. It is, in fact, the first time that an average of more than 2,000 euros has been exceeded in a third quarter since the beginning of the historical series, in the year 2000.

The information from the CaixaBank Research macro tool is even clearer. As of October 2022, there are more citizens with high incomes and more with medium incomes; on the opposite side, there are fewer Spaniards with low income and no income. In conclusion, there is still an important part of the population, 14.8%, without any income, a figure that three years ago was 16%. And there is also an important group, 21%, with income of less than 1,000 euros per month, compared to 26% in 2019. But in these three years, wage earners with income of between 1,000 and 2,000 euros per month have reached 42.6% , one point above, and those who earn more than 2,000 euros have grown from 15.5% to 21.6%.

In short, concludes Oriol Aspachs, the future is full of uncertainty, mainly due to inflation. And there are still large numbers of struggling homes and businesses. But the economic indicators with which 2022 ends offer "a little hope."