The technology, consulting and defense group Indra recorded a profit of 66 million euros in the first half, 20% more than in the same period last year. 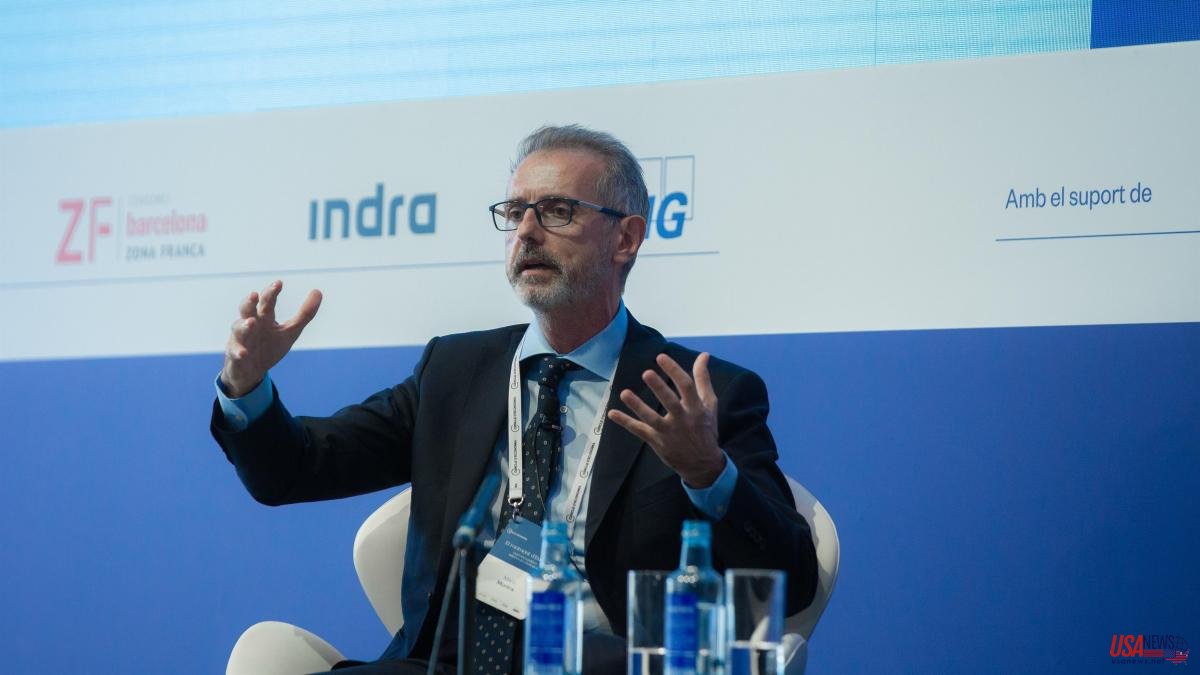 The technology, consulting and defense group Indra recorded a profit of 66 million euros in the first half, 20% more than in the same period last year. In a relevant fact sent to the National Securities Market Commission (CNMV), the company has indicated that the contract portfolio has set a new historical record, up to 6,044 million euros, thanks to an increase in contracting of 25, 8%.

The company chaired by Marc Murtra has explained that revenues have grown by 11.6% in the semester, to 1,805 million euros, while operating profit or EBITDA has grown even more, by 19.5%, and stands at at 174 million, which represents 9.6% of turnover, 40 basis points more than last year. Indra has a workforce of 54,993 workers, which has grown by 10% in the last year.

Ignacio Mataix, CEO of Indra, has highlighted in a statement that the "Minsait area is the main contributor to growth in this second quarter, while Transport and Traffic has been in terms of profitability". Mataix has added that the good result will allow him to improve the forecasts for this year, and close it with revenues of more than 3,600 million euros.

The market has anticipated the good results. Indra's shares have risen 1.6% this Wednesday, to 9.06 euros, although still below the 10.52 they reached before the last shareholders' meeting.

Indra has been in the eye of the storm for a year, following the decision by SEPI, the investment agency of the Ministry of Industry, to appoint Marc Murtra as president, a Catalan executive, linked to the PSC, with a long professional career in good part linked to the public sector, specialist in investment banking and trustee of the Fundació La Caixa. The commotion caused by his appointment led the council to not grant him executive functions, as his predecessor, Fernando Abril-Martorell, had.

After the outbreak of the war in Ukraine, the Government decided to strengthen its weight in Indra, a company considered strategic, and increased its shareholding to 28%. Indra coordinates the FCAS in Spain, the largest European defense program, and the Executive wants it to lead a process of business concentration in the defense sector.

Parallel to the increase in Sepi's participation, in recent months other significant shareholders have joined the firm, among them, with 4.2% of the capital, Amber Capital, the fund of the investor Joseph Oughourlian who is the shareholder of control of Prisa, a movement that caused surprise in the market.

Precisely Amber presented to the general meeting of shareholders, in June, the proposal to dismiss four of the independent directors and not renew a fifth in their position, a proposal that went ahead with 53% of the votes, thanks to the support of Sepi and the Gipuzkoan company Sapa Placencia, the firm's third shareholder after Sepi itself and Fidelity. Two other independent directors subsequently resigned.

The dismissed directors, as well as an association of minority shareholders, denounced a concerted action to the CNMV, which in their opinion would force these three shareholders, who together have 38% of the capital, to launch a takeover bid. The company considers that this action will have little travel.

Indra has recalled in its significant event that it will hold an extraordinary meeting to approve the appointment of new directors to recompose the board, in which it will increase the weight of independent directors to seven, out of a total of fourteen members. In addition, he will suppress the quality vote of the president, who will remain without executive powers. The firm also announced that it has hired the consulting firm Korn Ferry, specialized in corporate governance, to search for independent directors, a process led by the two who remain on the board, Ignacio Martín and Francisco Javier García Sanz.