Inditex workers have demonstrated this Saturday in several cities, at the beginning of the winter sales, to demand a salary increase in all the companies of the group and "decent" working conditions. 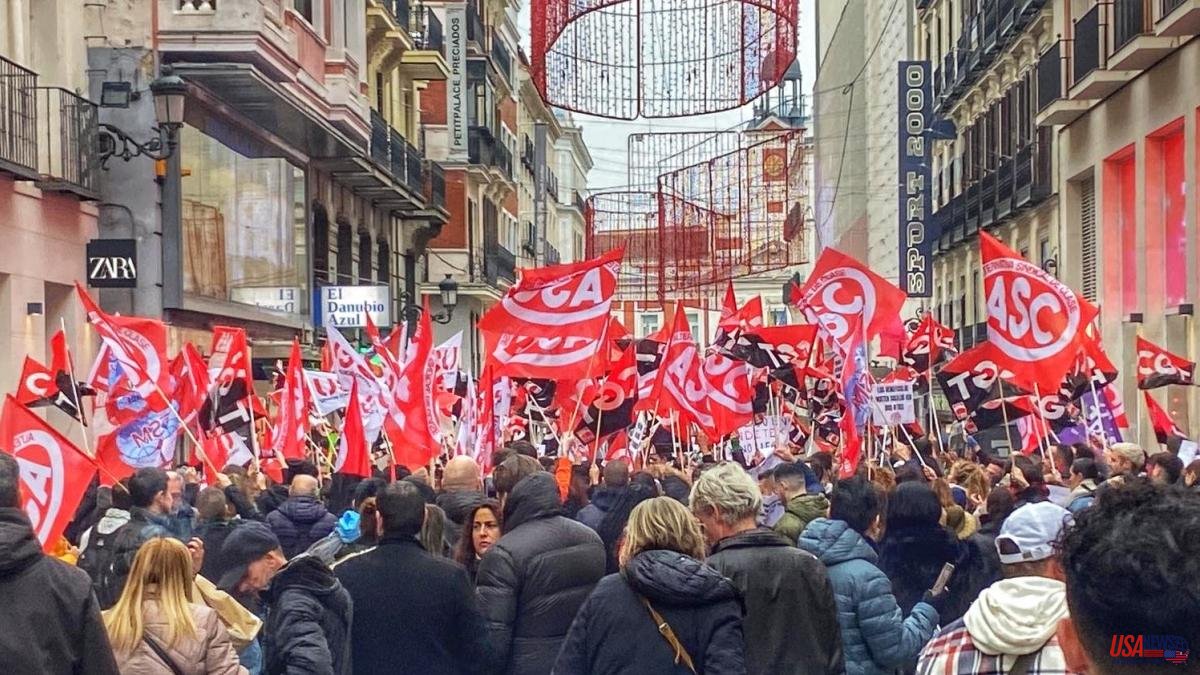 Inditex workers have demonstrated this Saturday in several cities, at the beginning of the winter sales, to demand a salary increase in all the companies of the group and "decent" working conditions. The protests have started in Madrid, joining them with employees of stores located in Barcelona, ​​Valencia and Seville.

In the capital, protesters have come to block Preciados street, the main shopping artery. According to the organizing union, CGT, there has been a "high participation in the protest." The secretary of the state section in Zara and Lefties, Ánibal Maestro, explained that these group employees have decided to "take a step forward against precariousness." "The benefits are distributed among the shareholders and directors meeting and we demand a salary increase, so that they realize that the workers are the engine," he added.

The concentrations in different parts of Spain occur after the salary agreement reached in Galicia on December 23 after several days of protests. Up to 1,500 Inditex workers in the epicenter city of the group will have a monthly increase in salary bonuses of 322 euros during the first year, 362 euros during the second and 382 euros thereafter.

CC.OO. and UGT announced this week that they will start negotiating with Inditex on January 25 at the state table on global wage measures that offset the impact of inflation in all group companies and in all territories.

Specifically, CC.OO. recalled that in recent weeks, and in coordination with the UGT, the firm chaired by Marta Ortega has been asked to formalize throughout this month the state table to address global aspects of salary policy in all group companies and in all territories, bearing in mind both the situation and levels of provincial collective agreements, as well as the impact that inflation is having on the purchasing power of the workforce, as well as the commitment to review and improve the store personnel commission system.