Inditex has smashed its sales and profit record in the first half of the year and predicts a good winter campaign, thus dispelling the fear of a contraction in consumption due to economic uncertainty. 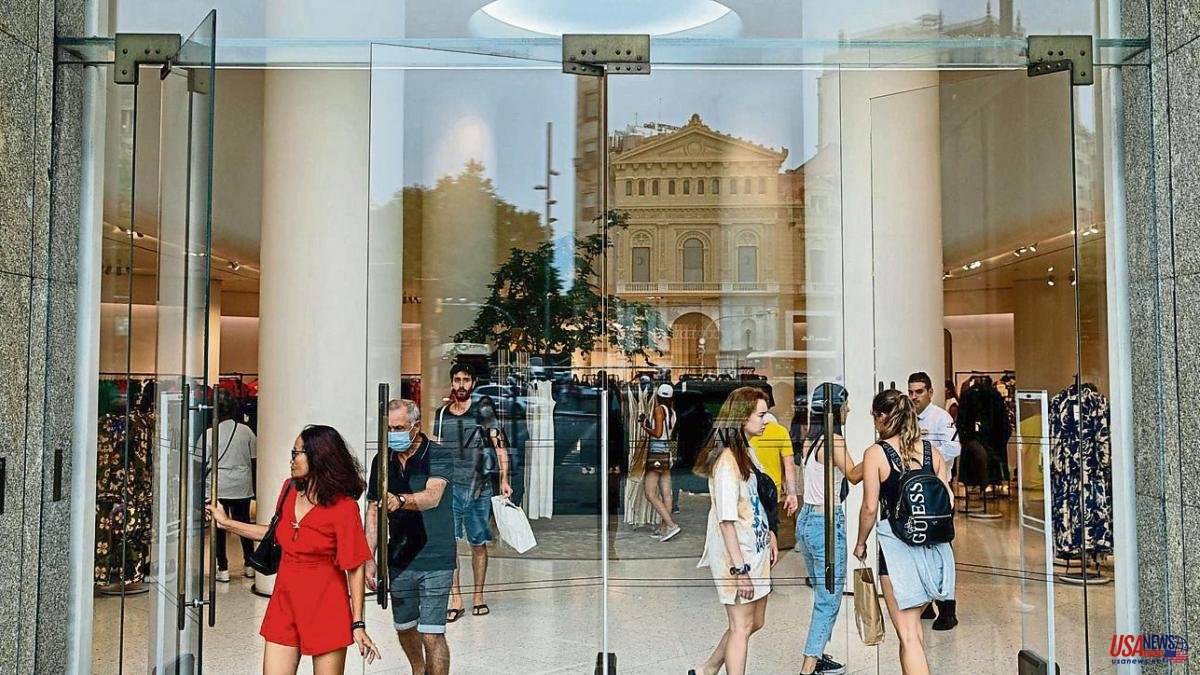 Inditex has smashed its sales and profit record in the first half of the year and predicts a good winter campaign, thus dispelling the fear of a contraction in consumption due to economic uncertainty. Sales of the Galician textile group between February and July reached 14,845 million euros, 24.5% higher than a year earlier, while it earned 1,794 million euros, as reported by the company to the CNMV on Wednesday. All this, despite the fact that its operating expenses increased by 20% compared to the same period in 2021 and that in the first quarter it provisioned 216 million euros for the closure of all its stores in Russia, one of its largest markets until before the invasion of Ukraine.

"These results are explained by four key factors in our performance. Our fashion proposal, a constantly optimized shopping experience for our customers, our focus on sustainability and the talent and commitment of our people. Our business model is working at full capacity and it has great potential for future growth”, said Óscar García Maceiras, CEO of the group, in a statement.

Europe (excluding Spain) continues to be its largest market, accounting for 46.3% of sales, while Spain accounts for 14% of total turnover. The novelty is in the position of America, which rose to the second market in sales (20.1%) above Asia, which fell to third position (19.4%). Inditex already explained in its last presentation of annual results its intention to grow in the United States and make it one of its main sales areas.

As for the brands, Zara is reinforced as a flagship. She is the one that grows the most compared to the first half of last year, 29%, reaching revenues of 10,927 million euros. They are followed by Bershka, Pull

Inditex has also prepared itself for possible disruptions in the supply chain, a widespread problem since the pandemic broke out and which has not yet been fully resolved. Asia's covid-zero policy, with intermittent closures of large regions and the paralysis of factories and ports, continues to cause dysfunctions in global freight traffic. Before this situation, the textile giant founded by Amancio Ortega has increased product availability. Thus, you have temporarily anticipated the inventory receipts of the fall/winter campaign without changing your commitment level. For this reason, the inventory as of July 31, 2022 grew by 43%. As of September 11, 2022, inventory levels are 33% higher.

"Despite having a stable price policy, when there are temporary impacts derived from inflation, in certain markets what is done is to try to adjust prices," he pointed out. In March, the company already anticipated that its intention to raise prices by an average of 2% in Spain and Portugal in the spring-summer campaign, although this increase would only impact a selection of products.