India prefers to live on the sidelines

Next year, India will be the most populous country on Earth. 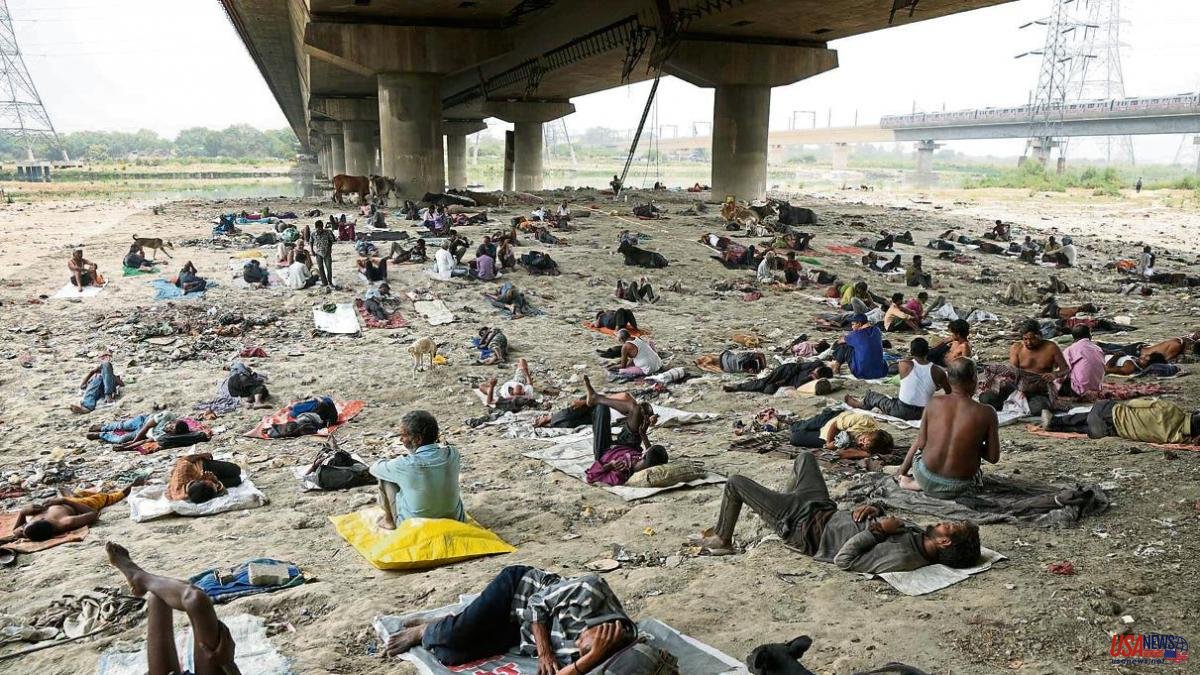 Next year, India will be the most populous country on Earth. It will have 1,429 million inhabitants, some 300 million more than China, enough human capital to become the dominant country, not only in Asia, but in the world.

Demographic strength and geographic extension are the pillars on which, until now, hegemonies have been built. Thanks to them, China can overthrow the US as the most powerful country and thanks to them the Indian subcontinent could also prevail over China.

However, India prefers not to. President Narendra Modi designs a highly technological country, but closed in on itself, with no ambition for world leadership, nor the desire to be the new factory in the world.

While the growth of humanity is on the way to stagnation – a maximum peak of 10,439 million people is expected in 2086 – in India, births far exceed deaths. Its population is very young, with an average age of 28.4 years, ten less than in China and the United States.

India seems to have it all going for it. Not only because its labor force is superior in number and age, not only because it has fewer dependents than China, but also because it is now beginning a cycle of investment in infrastructure and housing that China has already exhausted. Public investment in large urban, transport, communications and digitization projects has fueled China's growth in recent decades, but not anymore. GDP is no longer growing at the speed it used to. The IMF forecasts 4.8% for this fiscal year, a period that India expects to close with 8.5% growth.

China is an authoritarian and interventionist country. It imposes party capitalism that hampers innovation and competitiveness. President Xi distrusts large industrial conglomerates. He conditions private initiative to the interest of the communist party. He has also imposed a zero covid policy with serious economic consequences.

China is the factory of the world. It dominates the production of goods that require a lot of labor. Consumers in all corners of the Earth have benefited from cheap products made in China. During the pandemic, however, it has not been able to meet the demand and has left 150,000 million dollars in this world market. So far, it has only recovered 10% of this amount.

Many international companies that used to produce in China look for other places that are cheaper or closer to their customers. India would be an ideal substitute. It has a young and cheap workforce, but also good engineers and managers who speak English and are part of a thriving middle class. Large corporations such as Reliance Industries and the Adami group, as well as technology companies such as Tata, Infosys and Wipro, have put in the hands of hundreds of millions of people the advances of the contemporary world, from clean water and electricity to the internet, mobile phones and vehicles.

India is the largest and fastest growing democracy in the world. The private sector produces a unicorn every month. Every month a company worth more than a billion dollars appears in areas as diverse as education, computing, tourism, finance, digital payment systems, entertainment and tourism. Today there are more than 70 unicorns, more than in any other country except China and the United States.

It has also launched a successful redistributive development strategy. If the classic investments of the welfare state are concentrated in intangible public goods such as health and education, Modi prefers to invest in programs of tangible goods and services. They prefer to bring electricity, gas and drinking water to homes, pay for the construction of toilets to improve sanitation, open bank accounts for women, give them digital wallets where the State deposits the necessary subsidies. It is on these measures that he has built his political success.

Modi fights inequality and carries a very complicated legacy. The 2008 financial crisis halted three decades of structural transformation. Many companies closed. The slowdown caused social indices to fall. Children's health worsened. Diarrhea and serious respiratory diseases hamper the life expectancy of the little ones. Women, despite policies in their favor, are hardly present in the labor market. There were more women working in 1948, the year of independence, than today.

The blow of the pandemic was also tremendous. The GDP fell by 7%, more than in any other large emerging economy, poverty has grown again after many years in decline. There are 270 million Indians in extreme poverty.

The second wave infected 70% of the population, one of the highest rates in the world. There were between 2.5 million and 4.5 million excess deaths. The children spent 18 months without school, which surely condemns many of them to be a lost generation. Families, still dragging the consequences of the 2008 financial crisis, continued to borrow. Consumption went down. The automobile industry sold as many cars in 2020 as in 2012.

Modi is a Hindu ultra-nationalist and the measures he adopts are economically supremacist. He favors industrial concentration in a few hands, especially those of Gautam Adami (Adami Group) and Mukesh Ambani (Reliance Industries), two of the richest men in Asia. He also promotes a self-sufficient India with great "national champions", whom he protects with protectionist measures. He promotes the construction of highways and other infrastructure, such as the New Delhi-Bombay freight corridor, and increases investment in the digital economy. He has created, for example, a national and digital payment system to combat corruption and black money.

Land reform, another pillar of Modi's policy, has been a failure. The states do not apply the measures because they distrust the central government. The peasants are also opposed because they believe the reform will benefit Adami, Ambani and other oligarchs.

Capitalism has never had a good reputation in India. The businessman is linked to the politician and corruption. The great fortunes have been created with favoritism. As a result, there is little popular support for the market reforms that Modi is proposing.

His Government, even so, encourages national production, especially electronics, pharmacy and telephony. He has raised customs tariffs to 70% of imports. The average tariff is today 18%, well above its Asian neighbors. In addition, he refuses to close international trade agreements. India is not, for example, in the RCEP, the largest free trade agreement in the world, in which 15 Indo-Pacific countries have participated since last January, including China, Japan, South Korea and Australia.

However, these measures, as researchers Arvind Subramanian and Josh Felman argue in Foreign Affairs, "do not address India's basic needs," which are to employ young people in companies that require a lot of cheap labor and favor export. of the manufacturing industry. Tariffs, for example, prevent the importation of cheap components that these companies need.

Modi prefers to incentivize sectors that need a lot of capital and little labor. Their products have a high added value, but they do not create the necessary wealth. It is a showcase economy and oligopolies, favored by the inconsistency of the legal and financial framework. Modi alters the rules of the game to favor his business allies. This insecurity hampers the investments of international capital that could develop the full economic potential of the country.

The technology sector can attract investors because it is poorly regulated, but the industrial sector is unable. This is the industry that could make India the world's new factory, but Modi is determined to keep it out. He prefers that it be limited to the internal market. That is why it is not interested in exporting or joining agreements such as the RCEP.

China did the opposite. It took advantage of its human capital to attract investments and technology from abroad, to dominate value chains and make itself essential.

India is one of the largest countries in the world and will now be the most populous. This advantage, however, can be a major drawback. A young and unemployed population, impoverished and without a social network, a population without food security and subjected to the stress of the climate crisis cannot be satisfied. Discontent also generates social instability, something very serious in a country prone to political violence.