Independent producers gather this Thursday against the Audiovisual Law

Under the slogan 'For cultural diversity, let's save independent production', the associations and federations of independent film and audiovisual producers have convened an act this Thursday, June 9, before the Ministry of Economic Affairs to protest against the Audiovisual Law. 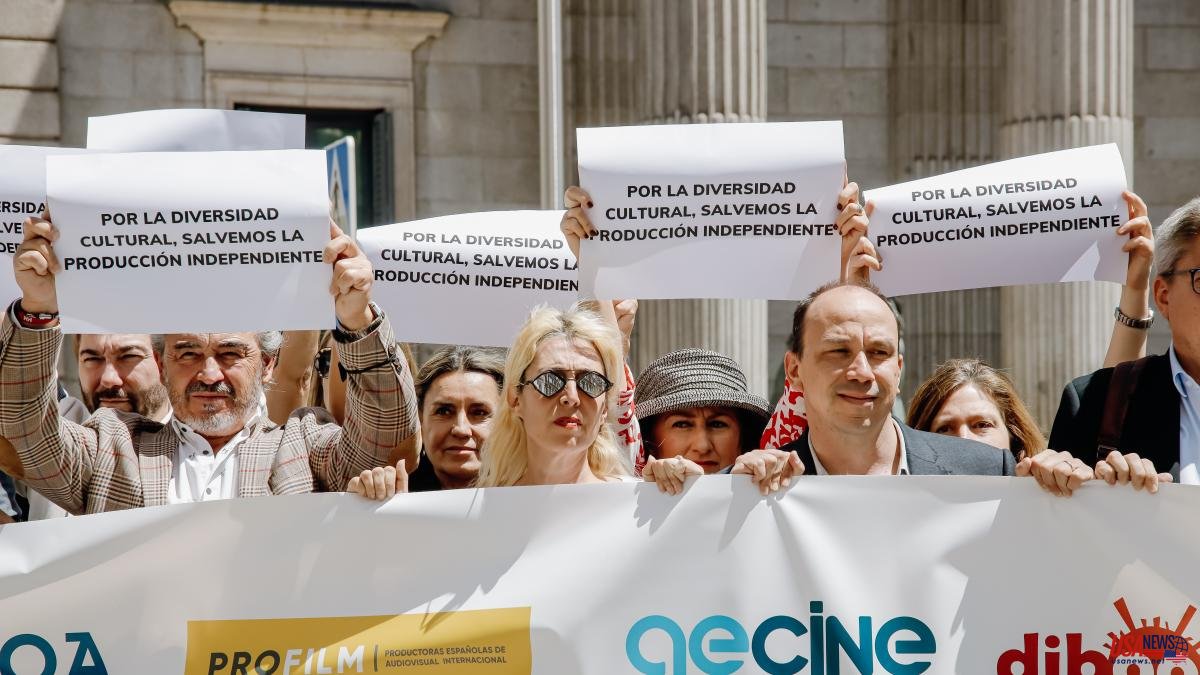 Under the slogan 'For cultural diversity, let's save independent production', the associations and federations of independent film and audiovisual producers have convened an act this Thursday, June 9, before the Ministry of Economic Affairs to protest against the Audiovisual Law.

After the approval of the General Law of Audiovisual Communication in Congress, which includes a "new definition of independent producer", the audiovisual sector has called this act of protest which will be attended by the associations AECINE, DIBOOS, MAPA, PIAF, PROA and PROFILM .

All of them will once again show their "rejection of the new general audiovisual law that seriously endangers the survival of a key sector in Spain's cultural heritage". Something they already did at the Cannes Festival and at a press conference at the Madrid Athenaeum.

On Wednesday, the Minister of Culture, Miquel Iceta, referred to that controversial definition of an independent producer in the draft General Law on Audiovisual Communication, which the PSOE modified with an amendment introduced in the presentation process, stating that "in the defense of legitimate interests are sometimes exaggerated".

This is how the head of the Culture portfolio expressed himself in the control session to the Government of the Lower House, when asked by the spokesperson for the Euskal Herria Bildu Parliamentary Group, Mertxe Aizpurua, if the Ministry agrees "to put an end to independent audiovisual cultural production ".

Iceta, who thanked the question, stated that she did not agree with such a circumstance and added that "the law approved by this House is not going to put an end to independent production". "Independent production has never had more resources and more aid than with this government and they will continue to grow," she stressed.

As indicated by the Minister of Culture, the new General Audiovisual Communication Law, approved at the end of May by Congress, "makes distributors' profits go from 0.9 to 3.5% for independent production" .

"We can already announce that there are going to be many more resources next year and the following than there have already been, which, as I was saying, are the historical maximum. Therefore, independent production is not in danger as long as they maintain the levels of quality and excellence that it is showing", he asserted.