In the Stone Age, human bones were used to make pendants.

Yuzhniy Oleniy Ostrov is one of the most famous archaeological sites in Northern Europe. 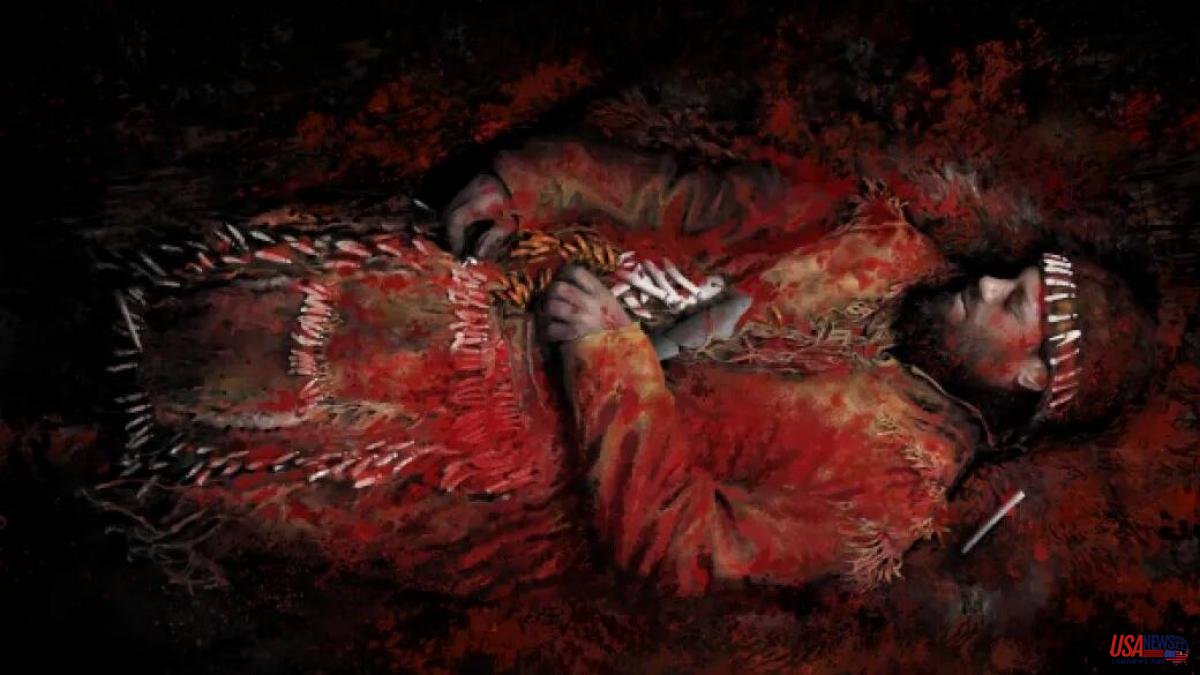 Yuzhniy Oleniy Ostrov is one of the most famous archaeological sites in Northern Europe. This prehistoric cemetery located on Lake Onega, the second largest in Europe, located in the Republic of Karelia (Russia), was first excavated in the 1930s.

During those first works in the 177 tombs of the site, the remains of several people were exhumed, in addition to dozens of objects from the Stone Age. Particularly noteworthy were the pendants, made from the teeth and bones of animals that conveyed a powerful symbolism.

What is surprising is that, 80 years after those excavations, archaeologists from the University of Helsinki have re-examined the finds and discovered that human bones were also used among the raw material to make these necklaces from more than 8,200 years ago, according to they explain in an article published in the Journal of Archaeological Science: Reports.

These bones that adorned clothing or other accessories served as rattles and were really very simple, with just one or several grooves cut into them. But their mere presence has raised countless questions among researchers: Who did they belong to? Did their origin make any difference? Did the people who wore the pendants know what they were made of?

Specialists have found that human remains were used as the basis for one in three necklaces. The rest were made from the skeleton of Eurasian moose, beavers, and brown bears, indicating that these animals were important to these prehistoric tribes.

The Animals Make Identities project at the University of Helsinki investigates precisely the meaning of animals in Stone Age cultures on the basis of funerary finds. That is why they sent some bone ornaments to the University of Cork to be analyzed using mass spectrometry.

This technique makes it possible to identify species from the proteins contained in extremely small samples. The results obtained were extraordinary. As many as 12 of the 37 samples were human. The rest of the pendants were made primarily from moose bones and an unidentified bovine animal, the researchers explain.

Ornaments made from human remains used broken long bone scales of varying sizes, with one or two grooves cut into them. They come from three different tombs, one of which kept up to two people who died at the same time.

This practice is not only known in what is now Russia. Examples have also been found in Asia and South America, but prehistoric data on the use of human bones is scant. Sometimes it was done to degrade enemies by putting them on display. On other occasions, when parts of the body of relatives were used, it was done as a sign of respect or attachment.

Although, in general, the application of human remains as raw material is associated with anthropophagy, since there are often traces of meat elimination. The problem is that, on many occasions, the lack of irrefutable evidence makes it difficult to verify cannibalism.

Professor Kristiina Mannermaa, lead author of the study, points out that cannibalism for ritual purposes may have been more common in the Stone Age than previously thought, although the causes that led to this practice becoming popular are not known.

"The surface of the bone pendants we investigated are so worn that possible cut marks cannot be distinguished, which means we have no reason to suspect anthropophagy based on the discoveries at Yuzhniy Oleniy Ostrov," he says.

These ornaments could have been substitutes for tooth pendants. Archaeologists find it particularly interesting that the same type of pendants were made from both human and animal bones, and also found in the same contexts as tooth necklaces.

"The fact that the use of human bones has not been emphasized in any way and that the objects are indistinguishable from those made from animal bones may indicate the intertwining of animals and humans in the Stone Age worldview" adds Mannermaa.

"Using animal and human bones together in the same adornment or clothing may have symbolized the ability of humans to transform into animals in their minds, as well as their belief that animals were capable of taking human form. We know that such confusion of forms and borders has been and continues to be part of the worldview of indigenous peoples,” he concludes.