In Spain, the goal is everyone's business

The absence of activity this Friday on the immaculate grass of the number one training ground at Qatar University, did take place indoors with Luis Enrique and his entire coaching staff devouring videos of Germany for the second day in a row, already preparing for the group's second match , does not mean that the echoes of the historic win against Costa Rica have faded. 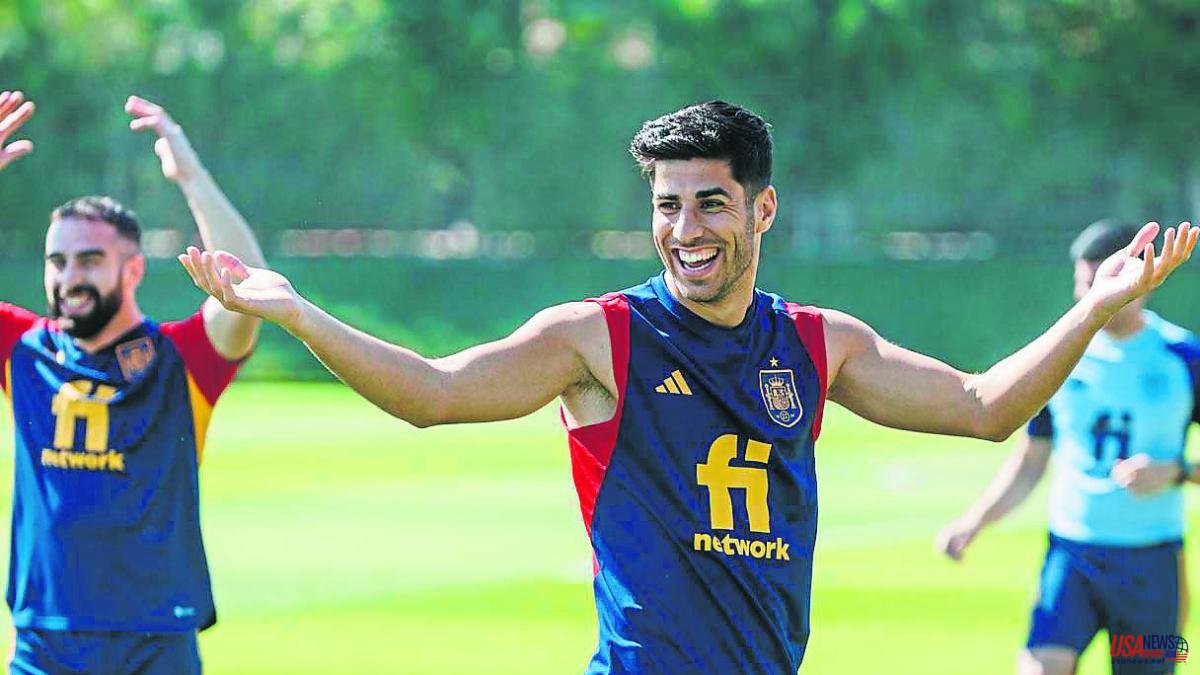 The absence of activity this Friday on the immaculate grass of the number one training ground at Qatar University, did take place indoors with Luis Enrique and his entire coaching staff devouring videos of Germany for the second day in a row, already preparing for the group's second match , does not mean that the echoes of the historic win against Costa Rica have faded. To value the 7-0 with which Spain gained weight on the scoreboard at the Al Thumama stadium, it is enough to remember that to embroider the first and unforgettable star in South Africa twelve years ago, the red scored a total of 8 goals.

“I had always read and heard that this team lacks a goal. Since I've been here, we've been one of the teams that scores the most goals”, claimed Luis Enrique after beating Costa Rica. Since the Asturian took over the reins of the team, the absence of a clear offensive benchmark, a born goalscorer, has caused him to be labeled as a team without a goal. But as often happens when the new generation streamer is in the debate, the numbers end up proving him right.

Already in the last Euro Cup, the first major tournament with the coach in charge –the Nations League is too young to be considered great–, Spain ended up being the team with the best goalscoring average of the entire competition. The red said goodbye at Wembley against Italy in the semifinals after sealing 13 goals in six games, the same goals as Italy, the eventual champion, who played, of course, one more game. Morata, with three goals, was the top Spanish scorer in a tournament in which Cristiano Ronaldo and Schick were the top scorers with five.

But the labels with which Luis Enrique's Spain carries did not disappear before traveling to Qatar. The national team, somewhat stuck offensively during the qualifying phase with 15 goals in eight games, appeared in Doha with 26 internationals called up. The coach exhausted all the places allowed by FIFA but that did not avoid the lack of experience, only six of his men had played in a World Cup. What's more, no one knew what it was to score in a World Cup. More fire to the eternal debate of the goal.

But all doubts were thrown into the air after the stellar debut in Qatar. Seven goals in favour, none conceded, and signed the biggest win in Spanish World Cup history. An exhibition to which, in addition, they named up to six different players who, of course, made their debut as scorers in a World Cup: Dani Olmo, Marco Asensio, Ferran Torres, Gavi, Carlos Soler and Morata. “Maybe Spain doesn't have a player who scores 30 goals but they have many players who can score. In this team we reached the goal in an associative way ”, Luis Enrique expanded after his men embroidered his game idea against Costa Rica.

And all forming with an eleven without a clear reference in attack. "The coach asks me to coordinate with the wingers and interiors to occupy the spaces well," says Marco Asensio, who was the starting spearhead for Spain, a profile that is very far from his of a pure nine. But it is exactly what Luis Enrique likes, a footballer with mobility and goals. It should be remembered that Ferran Torres, with 15, is the team's top scorer since the Asturian led it.