In search of the lost city of Natounia

This is the story of a nomadic people from Asia who stood up to the kings of the Hellenistic period (those who ruled between Alexander's death and Cleopatra's suicide) and the Roman Empire. 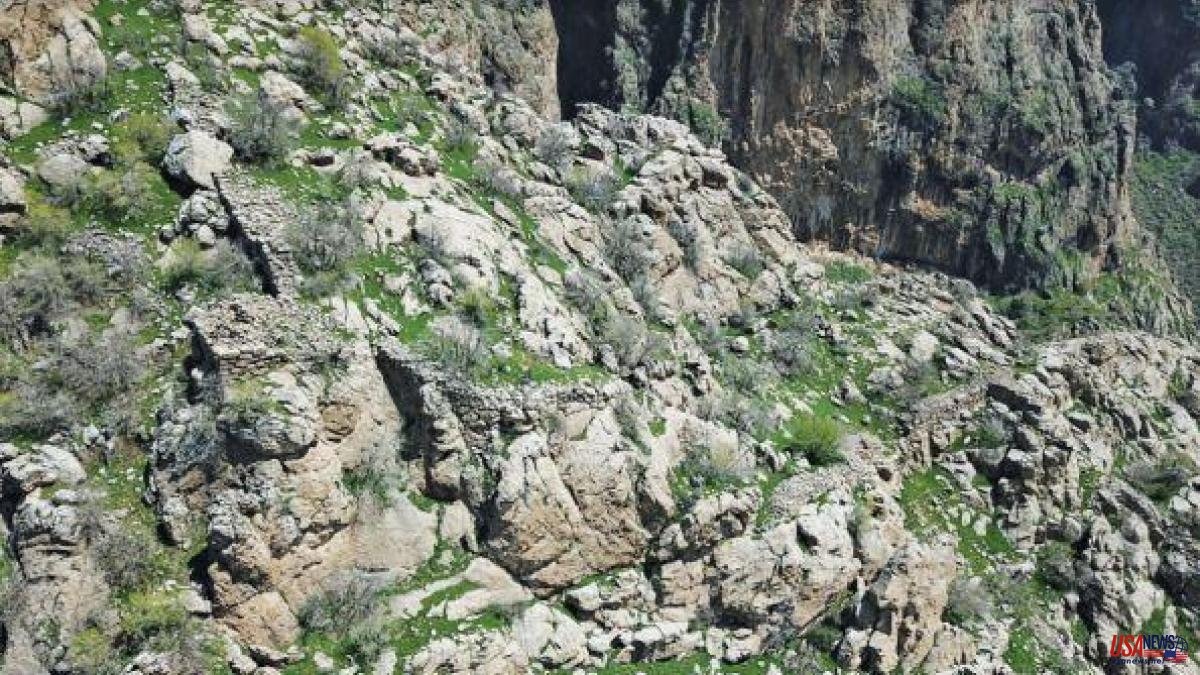 This is the story of a nomadic people from Asia who stood up to the kings of the Hellenistic period (those who ruled between Alexander's death and Cleopatra's suicide) and the Roman Empire. The Parthians were a warlike people who became a powerful power in Iran and Mesopotamia about 2,000 years ago.

His skillful horsemen destroyed the legions of Marcus Linicio Crassus -who was part of the Triumvirate together with Julius Caesar and Pompey the Great- in the year 53 before Christ, contained the spectacular invasion of Trajan in 116 after Christ and even played a important role in creating the famous Silk Road.

One of the jewels in the crown of the Parthians was the royal city of Natounia. The problem is that no one, absolutely no one, had any idea where this prosperous settlement was located. Until now. Archaeologists from the University of Heidelberg claim in an article published in the journal Antiquity that Natounia is actually the Rabana-Merquly fortress, located on Mount Piramagrun, in modern Iraqi Kurdistan.

Excavations over the past decade have revealed that this mountain fort was one of the main regional centers of the Parthian (or Arsacid) Empire, complete with barracks, a religious center and rock carvings, according to Dr Michael Brown.

Brown and his team have been working side by side with Iranian colleagues studying the remains of the settlement. The results obtained have provided abundant information about the Parthians, a town about which there is little documentation despite the fact that it is cataloged as an important power of its time.

Located on the southwestern flank of Mount Piramagrun in the Zagros Mountains (the longest mountain range in Iraq and Iran), the Rabana-Merquly stone fortress features not only nearly four-kilometre-long fortifications, but also two smaller settlements which are the ones that give it its name.

Due to its high position on the mountain (its maximum elevation, Zard Kuh, is 4,408 meters), the mapping of the site was only possible thanks to the use of drones. Within the framework of multiple excavation campaigns carried out since 2009, and more recently between 2019 and 2022, the team of researchers was finally able to study the archaeological remains on the site.

Structures that have survived to this day suggest a military use of the site and include the remains of several rectangular buildings that may have served as barracks. The archaeologists also found a religious complex possibly dedicated to the Iranian Zoroastrian goddess Anahita.

This ancient deity was associated with fertility, water, health, healing, and wisdom. It was this link to vital properties that caused it to be related to war, since the soldiers prayed to it before the battle so that it would protect them in the contest.

Of special importance are the rock reliefs at the entrance to the fortress, as well as the geographical location of the fortification, which coincides with the catchment area of ​​the Lower Zab River, known in ancient times by its Greek name of Kapros.

"This description could apply to Rabana-Merquly," says Dr. Brown. According to the Heidelberg expert, the reliefs on the walls could represent the city's founder, either Natounissar or a direct descendant. The researcher explains that the mural resembles the image of a king that was found in Hatra, a place rich in finds from the Parthian era located about 230 kilometers away.

The Rabana-Merquly mountain fortress is located on the eastern border of the ancient kingdom of Adiabene, which was ruled by the kings of a local dynasty dependent on the Parthians. It may have been used, among other things, to trade with pastoralist tribes in the interior of the country, maintain diplomatic relations, or exert military pressure.

“The considerable effort that went into the planning, construction and maintenance of a site of this size suggests that government activities could also have been carried out on this site,” concludes Michael Brown.