In Praise of Fiction in Buenos Aires

At the beginning of Translation, three actresses occupy the stage of the María Guerrero room of the Cervantes National Theater in Buenos Aires. 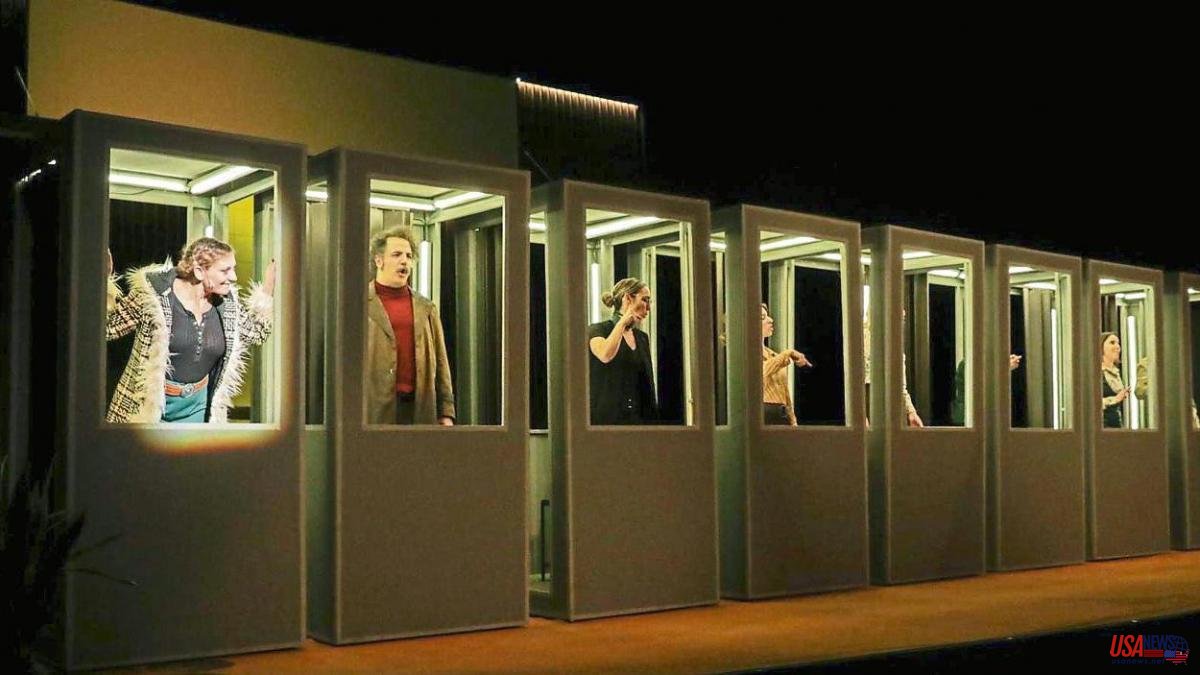 At the beginning of Translation, three actresses occupy the stage of the María Guerrero room of the Cervantes National Theater in Buenos Aires. They enter suddenly, as if fleeing. They are at a wedding and there are some important things to say. They repeat the scene three times, with some variations and in different languages. We intuit that they say the same thing, but perhaps not, because the gestures are not nailed down. We will know that they are sisters, the Meiers, and that from Germany, in the sixties, they have decided to set up an armed organization of the extreme left. The story is exciting, but it is even more so how the author and director Matías Feldman presents it to us, a multilingual puzzle where it is the viewer who ends up connecting the dots. The more than five hundred spectators who fill the room, with a profile very different from that of Barcelona, ​​​​younger, leave enthusiastic.

The translation is part of the series that Feldman is raising on the limits of theater, perception, models of representation and language. He started in 2013 in the Buenos Aires Off and a few years ago he made the leap to the official theater. The Cervantes is the eighth test. The previous piece, El hipervínculo (2018), despite lasting more than three hours, being pure fragmentation, having around thirty performers and being pure high-flying referentiality, was quite a phenomenon. Sparks of reality resonate in The Translation, like the Baader-Meinhof or Che Guevara, but also Walter Benjamin and Wittgenstein. Ultimately, however, what the author is proposing is a metatheatrical exercise that, despite the repetition, keeps us nailed to the chair and even makes us laugh. Feldman uses comedy, also farce, to draw us into his experiment.

Javier Daulte uses a similar procedure in Valeria radioactiva, a piece that has been on the bill for four years at Espacio Callejón, the theater he manages. The former director of La Villarroel and author of Les irresponsables and 4D Òptic also works on the layers of fiction. From the outset, we will meet Valeria, the most famous television scriptwriter, who hides under a pseudonym. She and her assistant are finishing a pharaonic project of a thousand chapters on immortality. There are nerves, pressures, changes, egos. Everything works as normal until Daulte decides to stage an entire episode of the soap opera, with the same actors but with different roles. Everything is extreme. And in a subsequent discussion, again in the real time of the work, when her team reproaches her for seeing themselves reflected in the characters of the series, Valeria tells them that life matters little, that the important thing is the characters, figures fiction that may be more real than earthly existence. Not even she, of expired life, has much relevance.

Daulte furiously praises fiction as an element as essential as the water we drink at a time, especially in this part of the world, when documentaries seem to be more interesting, those based on real events... The author and director wants to show that good stories, fruit of the imagination, still have many things to tell us, that we have had Sophocles, Shakespeare, Beckett and Koltès, but that many new good works have to be written.

Radioactive Valeria and Translation are some of the great works on the Buenos Aires billboard. Daulte is an old acquaintance of the Catalan stages and thanks to him today we have authors who direct his works, something totally unusual before he arrived in Barcelona at the beginning of the 21st century. We don't know much about the younger Feldman. He toured Barcelona and Madrid fifteen years ago and is one of the great Argentine artists that we should know. In Europe, a few years ago we talked about the Histories of the theater of the Swiss Milo Rau. Feldman started testing him earlier and has made it to chapter eight without us knowing. Perhaps even more successfully.

One of the criticisms that is sometimes leveled at the billboard in Buenos Aires is that it offers little space for anything that is outside the conventional text theatre, no matter how experimental it may be. And we forget that Mariano Pensotti or Federico León, European heroes, come from there. And that there are young companies that follow other paths. One of them is La Mujer Mutante, which in 2019 created A work more real than the world in the cemetery of La Chacarita and which offers the icing on the clusters of fictions that can be seen there.

The piece of The Mutant Woman, again available, is one of those extraordinary shows that are not forgotten. First, because it has touches of reality: a walk through the niche galleries of the largest cemetery in Latin America that at the same time takes us through the history of Buenos Aires, the plagues, the architect who designed the sixth pantheon, Ítala Fulvia Villa, and much more. But it is also relating to their dead, the fictional stories that five interpreters explain to us while we respect the mourning of the people who pay tribute, with flowers and prayers, to their deceased. We finished A work more real than the world on the lawn of the cemetery, looking at the sky, while the parrots chatter and we digest the proposal. It has been more real than the world, yes.