In his first extended comments, Uvalde school chief of police says that officers never "hesitated" to help with shooting.

The Texas police chief, who has been under intense scrutiny for his handling of the Uvalde elementary school massacre, made his first long comments about the shooting in a Thursday story by The Texas Tribune. 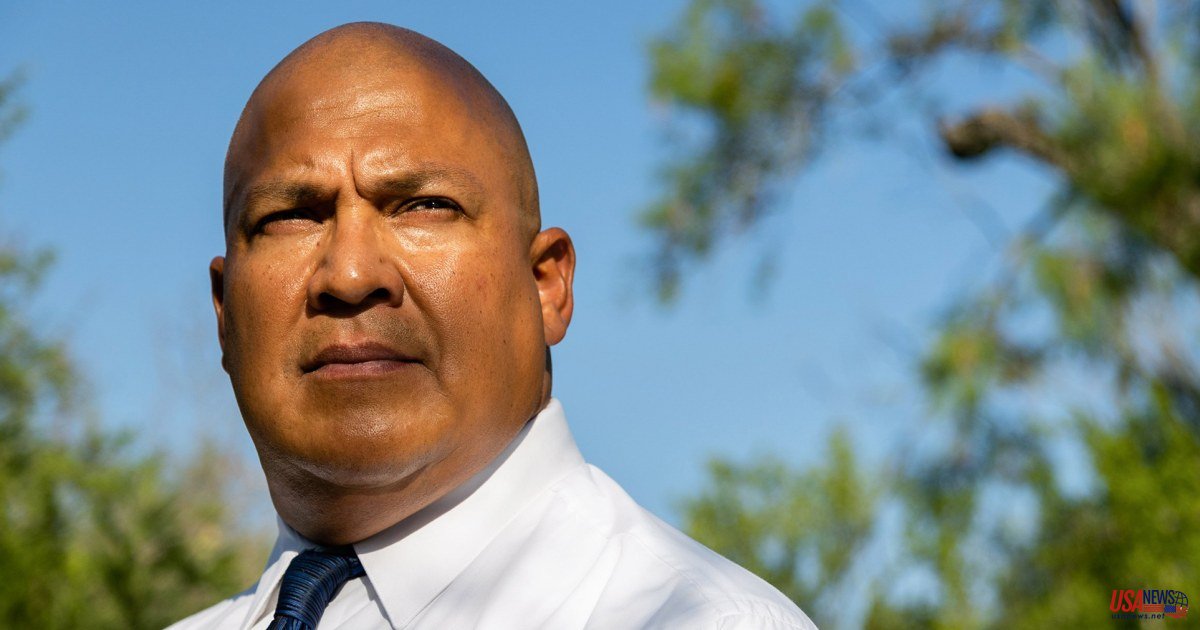 The Texas police chief, who has been under intense scrutiny for his handling of the Uvalde elementary school massacre, made his first long comments about the shooting in a Thursday story by The Texas Tribune. He stated that officers never hesitated to take risks.

Pete Arredondo is the chief of Uvalde Consolidated Independent Schools District Police Department. He was also a newly elected member of City Council.

Arredondo said to the outlet that he was a front-line responder, and not one who manages the larger response.

He told The Tribune that he didn't issue any orders. "I called for help and requested an extraction tool to open my door."

NBC News has not confirmed Arredondo's account independently. His lawyer did not respond immediately to a request for comment.

According to the outlet, Arredondo has mostly remained silent in the aftermath of the shooting and has not spoken out because he doesn't want more pain or to blame others.

Robb Elementary School was the victim of a shooting that occurred May 24, which resulted in the deaths of 19 students, including many fourth-graders.

Arredondo told The Tribune that Arredondo raced in the school's entrance without his radios. He believed they would slow him down, leaving him without the ability to fire his gun quickly on the shooter.

He was unable to contact other officers on the scene and he claimed he did not know about chilling 911 calls from students at the school.

According to The Tribune, he stated that his goal was to "get there as quickly as possible, eliminate all threats, and protect students and staff."

According to the outlet Arredondo decided he couldn’t enter the classroom with his gunman because steel jambs prevented him from opening it. He dialled police dispatch from his phone and requested a tactical unit, snipers, and an extraction tool.

Arredondo attempted to speak to the gunman at one point but was unsuccessful. At another point, he refused to listen to a fellow officer who offered him cover because he didn't wear body armor.

George Hyde, Arredondo's lawyer, said to The Tribune that it wasn't because someone said "stand down". It was "Right now, it's impossible to get in until we have the tools. We're going do everything we can to save lives. It was to evacuate students, parents, and teachers from the rooms.

The Tribune reported that several attempts to unlock the door with keys failed and tools that could have broken it down never arrived. A team of federal agents eventually entered the classroom, disregarding an order by local police to wait. They shot the gunman to death.

Hyde stated to The Tribune that if anyone issued a directive forbidding entry, it wasn’t his client.