In FiraTàrrega there are people who walk backwards

Walking through Tàrrega on the days of the street theater fair is always surprising. 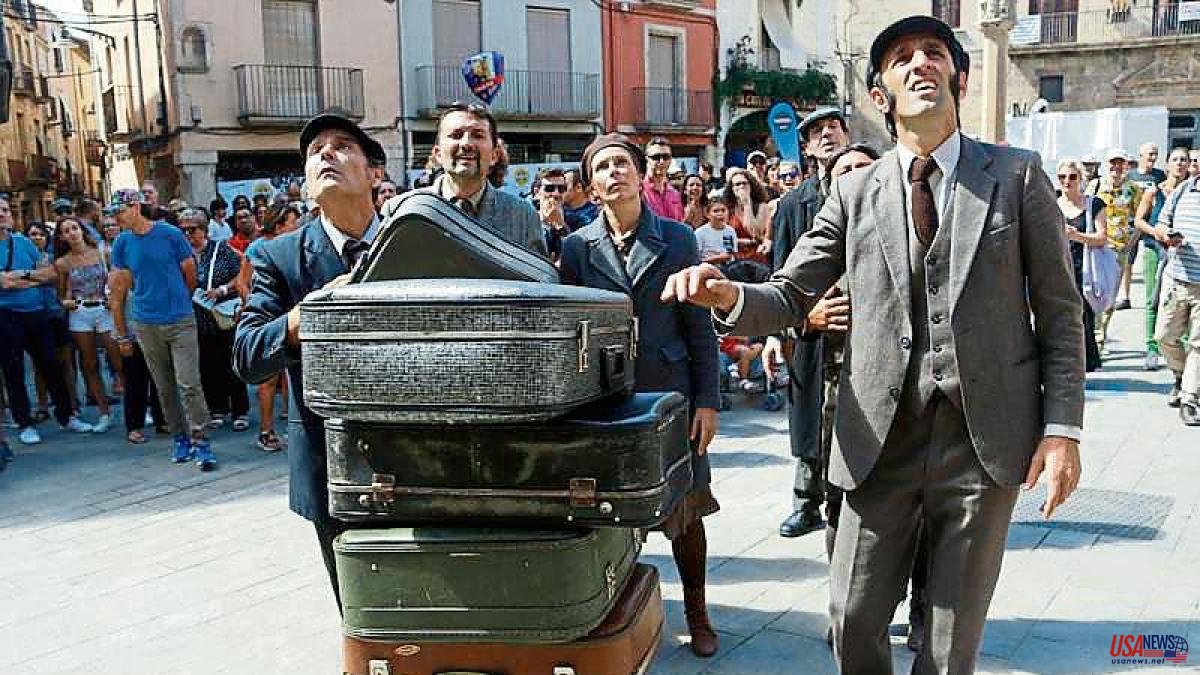 Walking through Tàrrega on the days of the street theater fair is always surprising. But even more so when the motto of this edition is The Unexpected, with shows that are not included in the program and can appear at the most unusual moment.

Yesterday at noon, on the way to the Plaza de las Nacions sense Estat, where five interpreters began to interpret Born to protest, a claim by the British black collective under the direction of Joseph Toonga, the public met in the Plaza Major with the arrival outside of program of the company Kamchàtka, with its characters bundled up and carrying suitcases, as they had already done at the 2007 fair, where they made their debut with this show about emigration, directed by Adrian Schvarzstein.

Meanwhile, anywhere in the city one could find someone walking backwards. Little by little, following some lines on the ground that unfold to warn that a turn is coming, the participants wear helmets that reproduce the screaming of children when they pass through a schoolyard or the chirping of birds when they walk by the park. It is the Dutch proposal Reverse, by Johannes Bellinkx, in which each person walks 50 minutes backwards.

Every night in Plaça Major, Lali Álvarez proposes The Unfinished Manifesto of Humanity, where the participants claim the injustices suffered by some groups: an endless proposal in every way. Also every night, at Espai Reguer, Sound de Secà expands rhythm and movement in a show that connects very well with the public.

And tonight, from Friday to Saturday, was the Dormifestació, by Roger Bernat / FFF Vetlladors, a seven-hour collective sleep, "as a vindication of the right to be unproductive, to share dreams and, since it is no longer possible to pay for a roof , sleep at the outdoor".

In an esplanade full of stretchers, with a cushion on each one and with blankets available for those who had not brought a jacket or enough warm clothes, a little after one o'clock Roger Bernat gave a brief explanation of how the sleeper worked and that who could not sleep, he had tila, sleeping pills, earplugs and some other things at his disposal.

The people obediently lay down and prepared to sleep until this morning. Hello!