More than five months after the murder in a remote area of ​​the Brazilian Amazon of British journalist Dom Phillips and indigenous anthropologist Bruno Pereira, the investigation into the intellectual authorship of the crime is deadlocked. 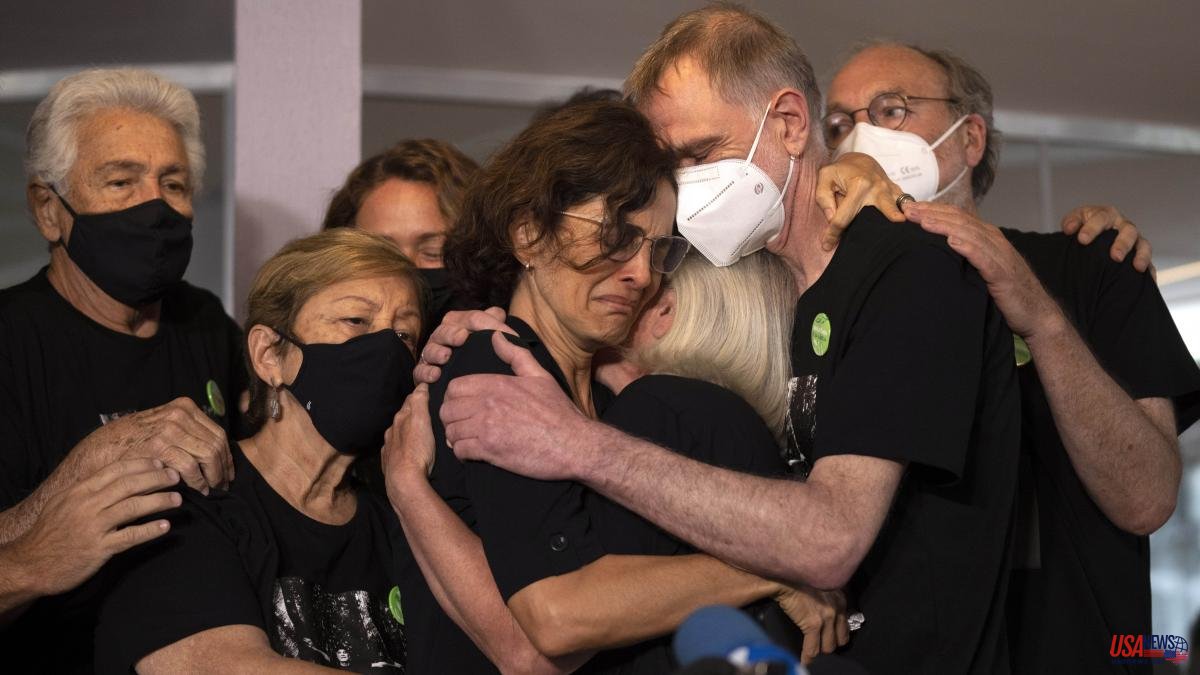 More than five months after the murder in a remote area of ​​the Brazilian Amazon of British journalist Dom Phillips and indigenous anthropologist Bruno Pereira, the investigation into the intellectual authorship of the crime is deadlocked.

This week, a judge granted house arrest on bail of 15,000 reais -about 3,000 euros- to the main suspect of having commissioned the murder of the two investigators at the hands of an illegal fisherman. Rubén Darío da Silva, nicknamed Colombia, acted, according to the federal police investigation, as an intermediary for drug traffickers and illegal fishermen in the Vale do Javari indigenous reserve.

The judge explained the decision by the absence of a Brazilian law capable of combating crimes of this type. "The accusations against the prisoner are very serious, but the penalty for criminal association does not reach a sentence of more than two years. He would be released. This is Brazil," he lamented before granting house arrest.

The decision has raised blisters in the indigenous associations in the extreme west of the Brazilian Amazon, close to the so-called Triple Frontier of Peru, Brazil and Colombia.

They fear that impunity for presumed criminals -such as Da Silva- puts at risk those who continue the work of Pereira, a former official of the National Indian Foundation (Funai), who was dedicated to monitoring illegal extraction activities in the surroundings of the huge indigenous land, which occupies 85,000 square kilometers and is home to several isolated villages on the border of Peru.

Da Silva, a resident of the municipality of Iceland, on a Peruvian island in the Yavari River, who has three passports - Brazilian, Peruvian and Colombian - was released last Monday.

According to the accusations of the federal police, he was the intellectual author of the murder perpetrated on June 7 by a local fisherman, Amarildo da Costa de Oliveira, known as Pelado, and his accomplices. Da Costa chased the two investigators by boat and later shot them to death with a hunting shotgun. Phillips and Pereira were touring the Yavari River for an investigation of illegal fishing.

The release of da Silva may be another example of the widespread impunity enjoyed by the authors of environmental crimes and murderers of defenders of nature, always present in the Amazon but already the norm under the government of Jair Bolsonaro, who has deprived of funding to the main surveillance agencies, such as Ibama and Funai.

Indigenous people and environmental activists in the Amazon live under constant threat of violence. "People already have much less physical protection. It is part of the policy of harassment against these institutions," said Marcio Meira, former president of Funai, in an interview with La Vanguardia.

According to data published this week, 4,400 Ibama processes against criminals are about to be proscribed due to the lack of resources to process them. "This is due to an initiative to weaken the sanctioning process, which will generate great impunity," said Suely Araujo, from the Climate Observatory in Brasilia.

The judge in the Phillips and Pereira case agreed with the NGOs in lamenting "the dismantling of surveillance activities."

Da Silva wears an electronic monitoring bracelet on his ankle and cannot, in theory, leave the Amazonian city of Manaus, the capital of Amazonas state.

Actually, the problem of impunity in Brazil goes beyond the Amazon. The most commented case is the murder of the left-wing councilor Marielle Franco, in March 2018, in Rio de Janeiro, whose intellectual authorship has not yet been clarified.

The murder of Phillips and Pereira shares some aspects with that of Franco. There are suspicions that local politicians in the Triple Frontier region may have given the green light to the crime due to their ties to crime. Drug cartels based in Rio de Janeiro and Sao Paulo are already operational in the Amazon.

The policy of weakening the main institutions responsible for monitoring environmental crime has created a serious danger for nature and those who protect it. "Ibama has already gone to the bottom; before I thought it was due to incompetence, now I know it's the plan," said a leader of this environmental protection institute, interviewed in the newspaper O Globo.