Brexit can be described in many ways, and one of them is a succession of traps in the form of promises that the Conservatives set in the forest of politics and the economy of Great Britain to "hunt" new voters, and thus extend their stay. 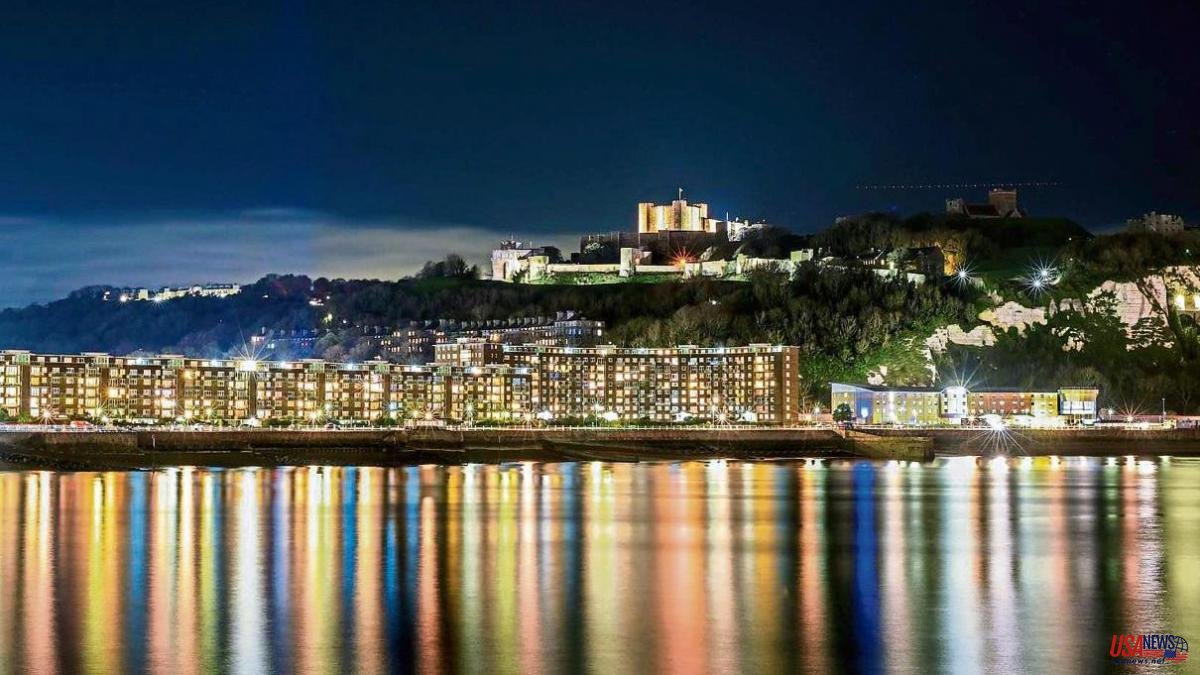 Brexit can be described in many ways, and one of them is a succession of traps in the form of promises that the Conservatives set in the forest of politics and the economy of Great Britain to "hunt" new voters, and thus extend their stay. in power (for the next elections it will take fourteen years, a very long cycle).

Some of these "traps" (economic growth, tax reduction, increased spending on health and education, signing of advantageous trade agreements, elimination of regulations, simplification of trade...) are simple pieces of cheese to attract mice. , or honey and blueberries to seduce the bears. But one of them is a huge overgrown hole that an elephant could fit into: the guarantee of reducing net immigration to less than a hundred thousand people a year.

Official data published yesterday show that, in the twelve months from June 2021 to June 2022, that figure was, on the contrary, 504,000 individuals (1.1 million arrivals for 600,000 departures), the highest in history. The reduction in immigrants from the European Union as a result of Brexit has been more than offset by the arrival of 170,000 Ukrainians, 76,000 Hong Kongers and tens of thousands of Afghans due to circumstances in those countries, and the granting of 277,000 student visas ( especially from Asian countries). The around 40,000 asylum seekers who have crossed the English Channel by boat constitute only a small part of the total, but they are the most politically explosive element due to the lack of border control.

"Regain sovereignty" and "control of our laws and our borders" was presented as one of the fundamental objectives of Brexit, almost a certainty. But reality can be very stubborn. And six years and five prime ministers after the referendum, three from the official exit from the EU and two from the signing of the trade agreement with Brussels, Great Britain finds itself with political and economic objectives pulling the rope in opposite directions, until the point that at any moment it can be broken. On the one hand, the majority of voters in general (and the vast majority of conservatives) call for fewer immigrants, thinking, true or not, that they are putting pressure on social services and hoarding rent-controlled housing. But on the other, they are increasingly essential, due to the demographic pyramid and the aging of the population, to generate economic growth and cover pensions. Squaring that circle has been impossible for Cameron, May, Johnson, Truss and Sunak.

Truss, despite her economic delusions, was the most realistic and honest of all on the immigration issue, acknowledging the reality that the UK needs more labour, a toxic admission because of Brexit cheating. In the cabinet itself, the Minister of the Interior, the far-right Suella Braverman, continues to insist on reducing arrivals to "tens of thousands" a year (an ambitious goal given that it has reached half a million), but the head of Finance, Jeremy Hunt, has suggested that the country needs even more foreigners. One million people have left the labor market as a result of the pandemic, and the march of Europeans has created a considerable hole in sectors such as hotels, agriculture, restaurants and services in general. New immigrants do other things. But while Canada has set out to welcome 1.5 million foreigners in the next three years, London's official policy is just the opposite.

One in six people in the United Kingdom is born abroad (40% of Londoners), and 14% are immigrants, the same proportion as in the United States. Despite the net reduction of EU citizens, the number of Romanians has increased by 15%. The asylum system is completely collapsed. In the last year, 73,000 applications were accepted, but the procedures take more than three years, and 143,000 cases are pending. The places where those who arrive illegally by boat are put are equivalent to prisons with very precarious hygienic conditions. As these establishments are overflowing, the authorities house them in cheap hotels and pensions on the southeastern coast of the country, something that greatly irritates the natives.

The United Kingdom has an immigration system by points, to attract qualified labor, and for the British to occupy the jobs left vacant by the Europeans, something that has not happened because it is more convenient for them to demand social subsidies. The economy asks for more foreigners, but Brexit and politics want less. The hunter now finds that he has to go through the forest, and it is full of traps that he himself has set.