Immigration chaos in the United States

Cold and fear at the border. 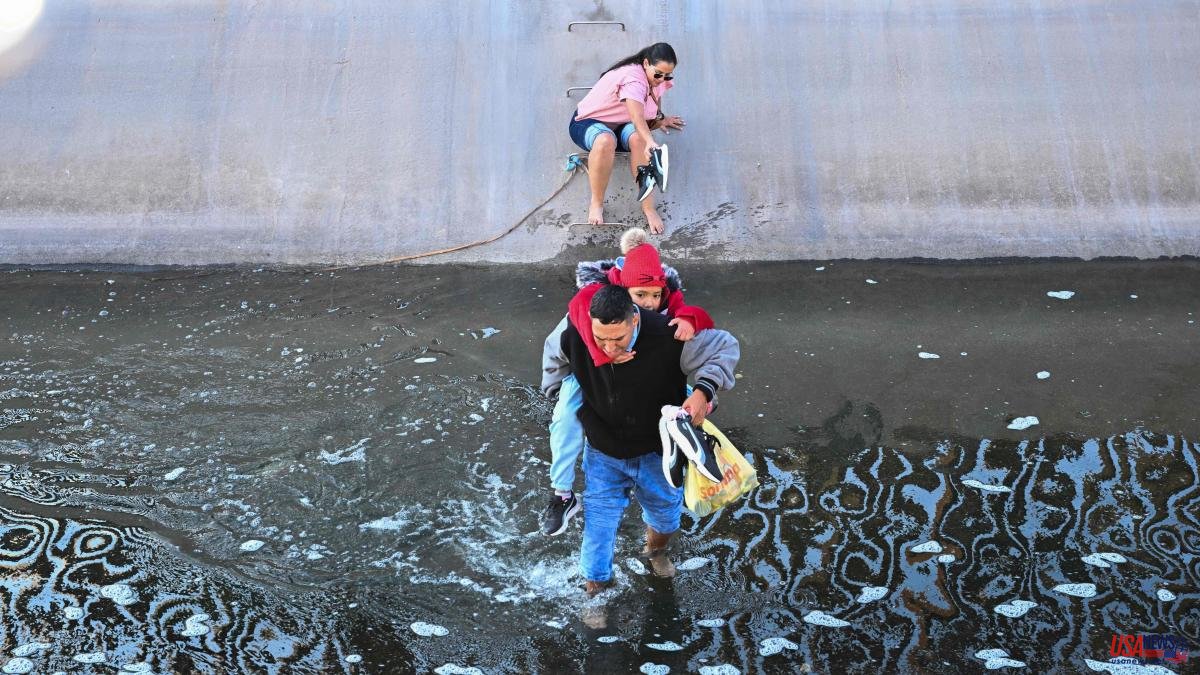 Cold and fear at the border. Uncertainty at best. Thousands of immigrants from different Latin American countries, most of them submerged in some serious political or economic crisis, if not both, waited yesterday in Ciudad Juárez and El Paso, with their hearts in their fists, for the outcome of a lawsuit between states. Republicans and the US federal government on the possible end of the immigration restrictions imposed here in March 2020 in the wake of the pandemic.

The so-called title 42, adopted by Donald Trump to stop the spread of the covid due to the massive entry of migrants, was going to expire today by decision of a federal judge ratified by an appeals court. But on Monday, the president of the Supreme Court, John Roberts, attached to the conservative majority of the court, decided to take into consideration the resources of 19 republican states that ask to maintain the norm –despite the drastic reduction in the danger of contagion– and with it the denial of entry and direct return of the majority of migrants.

The magistrate stopped the trial clock to study the matter; He decreed the continuation of the validity of the article under debate "until further notice" and summoned the Government of Joe Biden and the rest of the parties to formulate their allegations before 5:00 p.m. yesterday (10:00 p.m. in Spain). The measure was temporary, until Roberts or the plenary of the Supreme Court adopted a decision on the continuity or not of title 42.

In its response to the Supreme Court, Biden's team asked the High Court to allow the provision in question to expire but to keep it in force for a few more days: until the 27th if Roberts or the court fail before Friday, or two days after the resolution if it arrives later. The aim is to give the agencies concerned time to prepare measures to weather the impact of the end of the restrictions.

To this end, the Government plans to rigorously apply the deportation procedures established in Title 8, the standard norm by which the US channels the expulsions of those whom it does not recognize the right of asylum.

The government conceded in its brief that "the end of the Title 42 orders will likely lead to disruption and a temporary increase in illegal border crossings." But the solution to that problem, she added in a report signed by Attorney General Elizabeth Prelogar, "cannot be to indefinitely extend a public health measure that everyone now recognizes has outlived its health justification."

The Executive regretted that the states opposed to finalizing article 42 do not even bother to claim an interest in protecting public health, in accordance with the purpose of the precept. "Instead, (such states) candidly acknowledge that they wish to use title 42 orders as a makeshift immigration control measure," Prelogar added.

The article in question lost its justification months ago. But in fact, the Biden government also, despite having promised to change the country's immigration policy from half to half and to put an end to the injustices of the Trump era, maintained it and continued to use it as a barrier to contain the flow of tickets through the southern border. Thus, the norm allowed the Executive to return to Mexico hundreds of thousands of people who crossed the border, within the total of 2.7 million expulsions recorded since the entry into force of the article.

Only last April did Biden announce the end of title 42 –on the following May 23–, as the health risk that had motivated him had declined. But on May 20, a conservative federal judge in Louisiana blocked the government's action and upheld the rule. The judicial and political war continued until it reached the Supreme Court, which on Monday placed it in the limbo in which it was still found last night. In between, Biden announced in April a new plan to expand the expedited removals at the border provided for in Title 8 once Title 42 expired.

But the announcement of the lifting of the article now frozen by the Supreme Court gave rise to a notable increase in the influx of migrants to the US, especially in the area of ​​Ciudad Juárez (Mexico) and El Paso (Texas).

The crossings also multiplied despite the increase in National Guard troops. On Friday, El Paso Mayor Oscar Leeser, a Democrat, declared a state of emergency to allow the city access to additional resources to accommodate the mass of new arrivals. However, the shelters set up in the area to accommodate immigrants were overwhelmed. And, in reiteration of a contested practice on the part of this and other red states such as Florida, Texan Governor Greg Abbott began chartering buses to offer immigrants free trips to cities with Democratic mayors such as New York and Chicago. To enter the buses, it was necessary to have the asylum processing papers that the Border Patrol gives to those who turn themselves in; those who had crossed the line without turning themselves in or being detained, thus subject to immediate deportation, could not travel.

Only in Ciudad Juárez it was believed that there were some 20,000 people yesterday willing to cross the border into El Paso as soon as Article 42 was lifted. And that, according to data from Customs and Border Protection, between December 1 and 19 the agents They detained 70,288 foreigners there and denounced another 28,913 "escaped".

Venezuelans who have lost everything, Cubans or Nicaraguans crushed by the crisis and repression, Peruvians on the run after Pedro Castillo's failed self-coup, as well as Guatemalans, Colombians or Ecuadorians in search of a better life make up the bulk of the desperate who few want north of the border today.

Uncertainty, fear and cold, with sub-zero night temperatures even in South Texas, did not seem enough to stop the migrants. The tension was high, last night, at the border.