When in October 1927 Warner premiered The Jazz Singer, the first sound film, many thought that it was a flash in the pan and that soon the waters would return to their course, that is, to silent cinema. 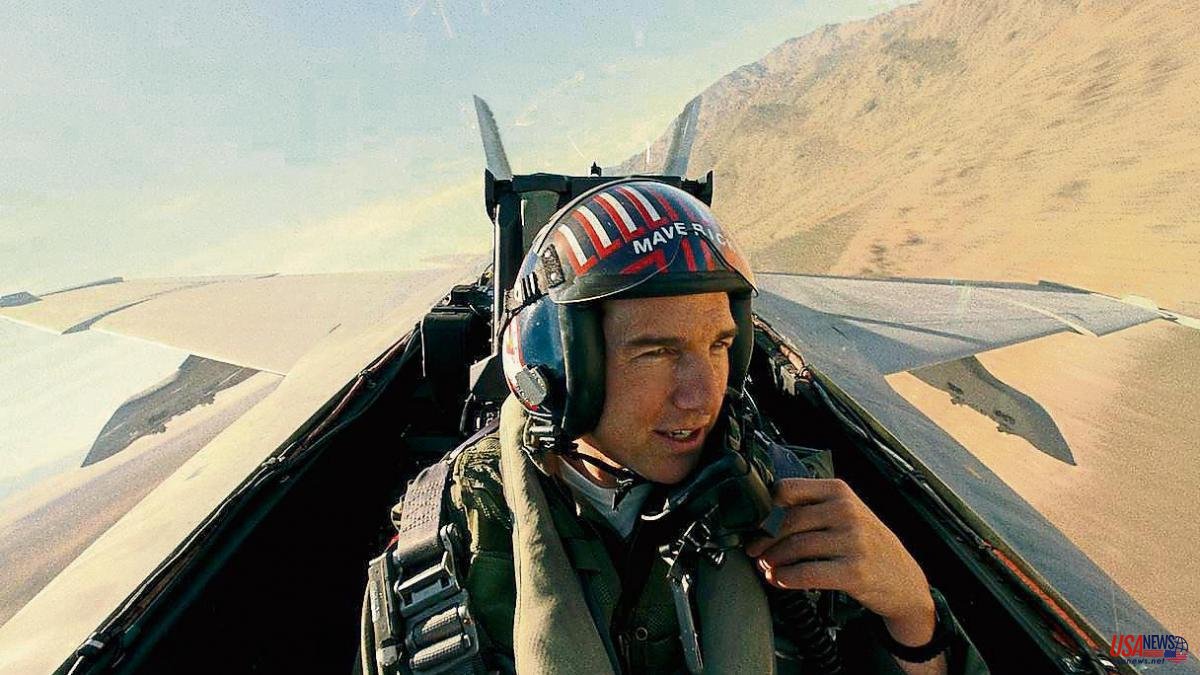 When in October 1927 Warner premiered The Jazz Singer, the first sound film, many thought that it was a flash in the pan and that soon the waters would return to their course, that is, to silent cinema. But the sound had come to stay. The color thing is another story, because it was born with the cinema, but it took time to prevail and it did not become generalized until the 1950s. The seventh art is always reinventing itself, incorporating innovations hand in hand with technology to attract more audiences.

And now with the generalization of platforms and after the coronavirus crisis that has left many viewers glued to their sofas, the big screen needs film lovers to return to theaters more than ever. The premiere of Top Gun: Maverick has come in handy for the Filmax Gran Via theaters to show its 4DX system, because in the film Tom Cruise pilots his F/A-18 plane and with this technology, viewers live the same experiences as the actor.

Cruise is Pete Maverick Mitchell, the best aviator in the world no matter how you look at it, he works for the US Army, but he hasn't gone beyond captain because of his undisciplined character. Pete's bosses don't like him, but that doesn't stop him from being hired to train some young pilots with an almost impossible mission: destroy a uranium plant somewhere unidentified aboard their planes and in just a few minutes of flight. .

The plot is ideal for 4DX because Cruise and his students do somersaults in their planes from the very first scene. The seats in two of the Filmax Gran Via rooms are synchronized with the movements of the pilots and go up, down, tilt to one side and the other so that the spectators feel the same as Cruise. Then Maverick takes a little boat ride and again the seats move to the sound of the boat, although this time the effects of water and wind are added and the waves reach the public while the long hair (of whoever has them) flutters ).

Top Gun: Maverick is hilarious, but these effects make it even more fun. The 4DX also allows you to feel other sensations such as smells, cold or heat. Yesterday Filmax Gran Via offered a special pass to which it invited a team of Air Force aviators led by Colonel José Antonio García Lafuente who assured that they felt in the room something very similar to what they experience when they get on their planes every morning .

It is early to know if 4DX, which has a total of 21 different effects, is here to stay or not. It is clear that it has little use for a romantic movie or a drama and that not all action films are susceptible to this technology, since flooding a room during the screening of Titanic would be going too far, but the experience is interesting and different and ideal to feel like Tom Cruise during the little more than two hours that the film lasts.