Iglesias declares war on Yolanda Díaz: "putting yourself in profile is miserable and cowardly"

The time for dissimulations and subtleties is over. 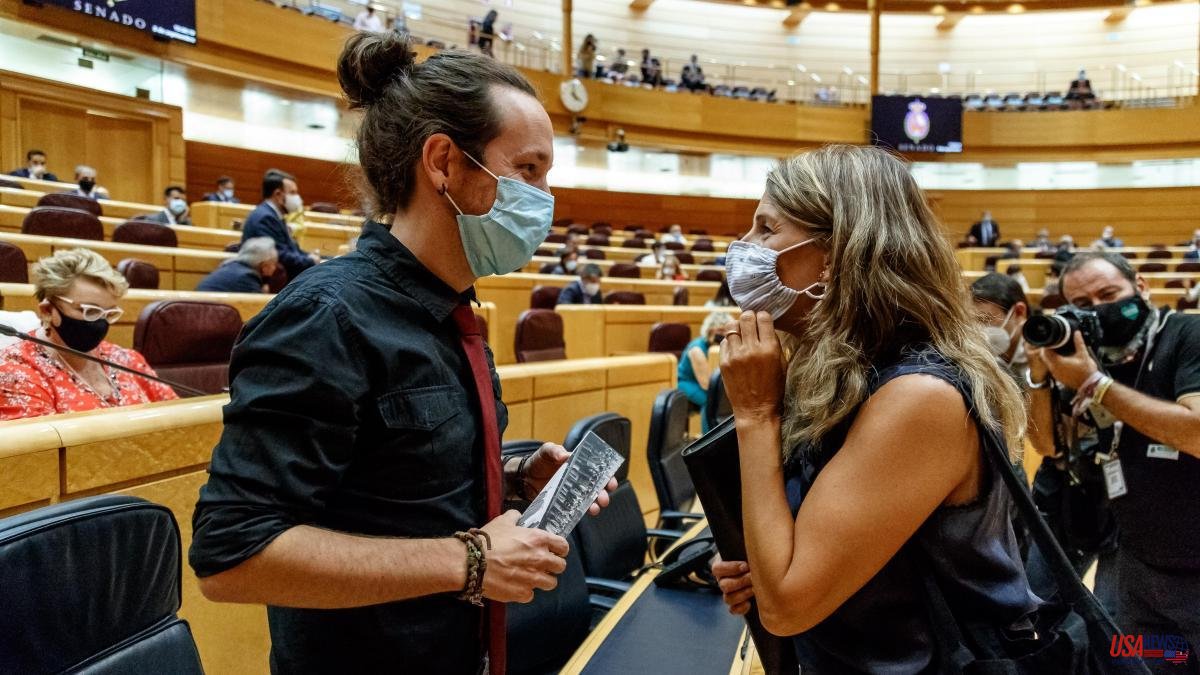 The time for dissimulations and subtleties is over. Pablo Iglesias, de facto – not de iure – leader of Podemos charged yesterday against the second vice president, Yolanda Díaz, for what he considers “putting himself in profile” regarding the attacks received by the Minister of Equality, Irene Montero, on account of the controversy raised around the application of the Law Against Sexual Violence, known as the only yes is yes.

As happened two weeks ago at the Autumn University of Podemos, Iglesias avoided expressly mentioning the vice president – ​​The next day Podemos launched an offensive against those who understood it that way, which stopped suddenly when Iglesias himself explained on Cadena Ser that obviously he was he was referring to Díaz–, but his message on the networks left no room for doubt: “Putting yourself in profile when a colleague is crushed is not only miserable and cowardly, but also stupid.” The message, which described the attacks suffered by Montero as a "hunt" after criticizing the judiciary for applying the new rule with sentence reductions, was completed with criticism of the media and the judiciary, which Iglesias describes as an "actor political".

Díaz had spoken yesterday from Valencia – where he met with the Government of the Botanic and today he is the protagonist of another of his listening acts – about the controversy caused by the Law Against Sexual Violence, stressing that it is a norm "of extraordinary importance". for the protection of women and asking for "prudence" and "let the Supreme Court work", responsible for establishing jurisprudence on the terms of application of the norm. "I am a lawyer, I am not a specialist in this matter, but I think it is important that we let the Supreme Court work and in a few days we will have some answers on these issues," he said in relation to doubts about whether sentence reductions are a problem of the standard or its interpretation. Díaz called for caution from Valencia and stressed the need to avoid "creating social alarm" around the ability of the law to protect women from sexual violence.

Díaz's statements occurred yesterday, three days after the controversy and the leadership of the Ministry of Equality broke out – Minister Irene Montero, Secretary of State Ángela Rodríguez, Pam, and the Government delegate for Gender Violence, Victoria Rosell– attributes the sentence reductions practiced to the lack of gender training of the magistrates.

Iglesias' allusion is unequivocal after several days of tension in the political space. The discomfort that the silence of Vice President Yolanda Díaz and Ministers Joan Subirats and Alberto Garzón these days even reached within the confederal parliamentary group, before which direct collaborators of Pablo Iglesias protested angrily for what they have understood as a manifest lack of of solidarity of the Ministers of Consumption, Universities and Labor with their colleague of Equality.

This controversy, umpteenth since eleven months ago, with the labor reform, began the tensions of Podemos with the rest of the formations of the confederal space and with Vice President Díaz, is another link in a chain of dissensions that started when from the leadership of Podemos It was interpreted that Yolanda Díaz placed the purples in a gregarious role before the formation of the new Sumar platform. An attitude that Podemos considers a "lack of respect".