“If the war drags on, Russia will lose”

Europe has not known a war of such dimensions as the one in Ukraine since the Second World War and that is why parallels are often drawn between the two conflicts, focusing above all on the terrible fight between Nazi Germany and the Soviet Union that ended the life of fifteen million military and an even higher number of civilians. 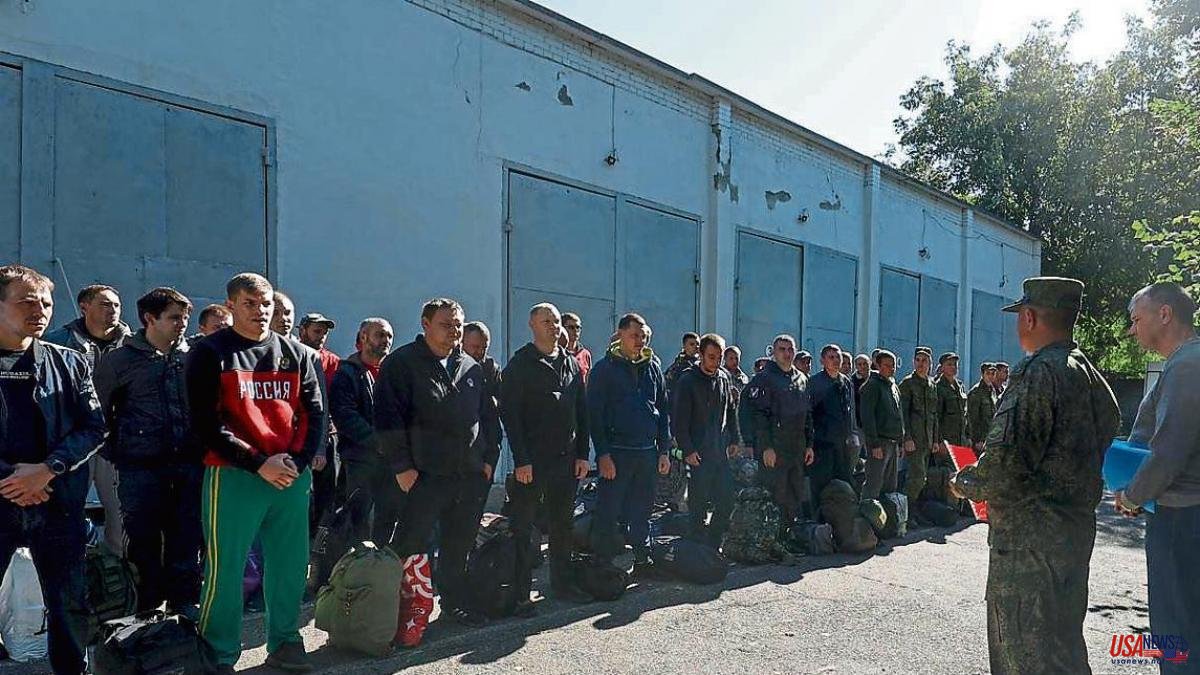 Europe has not known a war of such dimensions as the one in Ukraine since the Second World War and that is why parallels are often drawn between the two conflicts, focusing above all on the terrible fight between Nazi Germany and the Soviet Union that ended the life of fifteen million military and an even higher number of civilians. The historian David Stahel (Wellington, 1975), one of the world's leading experts on the eastern front of that conflagration, analyzes these similarities and, if the key to the current conflict is resistance, that is, if it drags on, there will be a defeat for Putin because his resources are less and because of the motivation and logistics problems of his troops. The technology? A counterintuitive reflection: technology rarely decides wars, but what is really important is the human factor.

Yes, there are similarities. Basically, the German high command had clear expectations about the success of Operation Barbarossa that were also assumed by the British and American intelligence services. They thought that the Wehrmacht was much more professional, efficient and experienced, and that alone was seen as decisive.

However, there were other factors that were not evaluated before June 22, 1941: how the Soviet people would react to the German invasion and how willing the Red Army was to sustain huge casualties should have been an important part of the calculation. If one draws a parallel between how resolute the Soviets were then and the Ukrainians today, one can easily see why.

The Germans were fighting to eliminate the Soviet state, but not only a political entity, but they had in their sights the culture and even the lives of the so-called "unworthy" elements and, in that logic, the mass murders in the rear were frequent in the German occupation in 1941. Similarly, Russia seeks to end Ukraine politically, but also with the cultural and historical identity of the Ukrainians. Although it is impossible to make a quantitative estimate, there is no evidence of specific death commandos (such as the German Einsatzgruppen), but the willingness of Putin's army to use death and terror is clear.

It appears that the level of casualties in the Ukrainian War is the highest in an armed conflict since World War II. Why?

I do not agree. The numbers vary, but if we take the Vietnam War, for example, between one and three million people died there; the one between Iran and Iraq killed just over 300,000. And I'm sure there are other examples. The numbers do not match those of the deadliest previous conflicts.

But it is true that this is a big war compared to the overwhelming majority of conflicts after the Second World War, which have been irregular. That does not mean that the latter should be seen as small or low cost wars, because they tend to be total for the people who fight in them. The Second World War, on the other hand, was global and involved great powers, well equipped and industrialized.

What lessons from the Eastern Front of World War II can be applied to this conflict?

That the war is not won simply thanks to weapons and military equipment, but to ideas and people. The weight of the human element in military success is often forgotten in favor of a fixation on high-tech weapons and the relative size of armies.

What differentiates World War II from that in the Ukraine is that German soldiers believed they were fighting for their national survival and endured the hardships of combat almost to the end of the conflict. This does not appear to be the case with Russian soldiers, and the results demonstrate the fallacy that a large, well-technological army is inherently effective if the men are not motivated to fight.

The Ukrainian conflict has been portrayed as a high-tech war. To what extent can technology change the direction of war and overcome the difficulties encountered by both sides in World War II?

I teach on 3,500 years of war history at the Australian Defense Academy and one of the key strategic thinkers we studied is Carl von Clausewitz. Clausewitz asserts that the nature of war does not change, that is, it is essentially the same as it was 2,000 years ago. If he tells me that "before people had swords and arrows" it is because he is not looking at the correct thing, which is diligence. The nature of war is organization, leadership, morale, logistics, and professionalism, and the importance of those things does not change. There are timeless concepts that lead to military success.

Technology is almost a distraction in war. The Americans and Soviets lost in Vietnam and Afghanistan, respectively, reflecting the false promise that technology alone can do it all. Contrary to popular belief, the historical trend is that technology does not make war simpler, but exponentially more complex. The interoperability, and therefore the interdependence, of modern armies introduces an incalculable number of variables to military operations. When the system works - as we have seen with the Americans - it achieves remarkable results, but if it fails to maintain this delicate system, its effects are dramatic. Look at the defeat of the post-Soviet army in the First Chechen War (1994-1995).

In short, technology cannot really change the meaning of war, and while it can solve some problems, it has rarely proven to be the decisive instrument for victory.

The war in Ukraine and the Second World War are characterized by massive aid, in the 40s for the Soviets and today for the Ukrainians. To what extent do you think that conditioned the situation before and conditions it now?

Yes, the Soviet victory in the form that took place between 1941 and 1945 cannot be understood without taking into account the Lend-Lease law. Foreign aid is critically important for any war that lasts more than a few weeks because war is about resources in all its forms. Ukraine could already win with or without foreign help because it is hard to see how Putin could force Ukrainians to give up their identity and culture. Even if the Russian army occupied the entire country, the conflict would probably continue underground. However, with massive Western aid in all its forms, the duration of the conflict and the cost to Russia will be higher. If the war is a matter of resistance, Russia will lose because of the imbalance in access to resources.

What would you say has been learned so far from the military point of view of the Ukraine War?

I'm sure people will talk about the lessons in terms of drones, NLAWS and HIMARS, but I would say that what stands out above all, and seems to me especially timeless, is the self-conviction of rulers who embark on wars that they believe will be very simple. Putin will almost certainly lose this war, and not because I can see the future, but because wars like his in modern history rarely end in success. From this point of view, it is not so much about what has changed between 1941 and 2022, but about the things that remain unchanged.