Ibrahimovic's heartbreaking letter: "I have played six months without a ligament"

Milan striker Zlatan Ibrahimovic has just revealed in a heartbreaking letter the ordeal he has experienced in the last half year due to his knee injury, for which he underwent surgery on Wednesday. 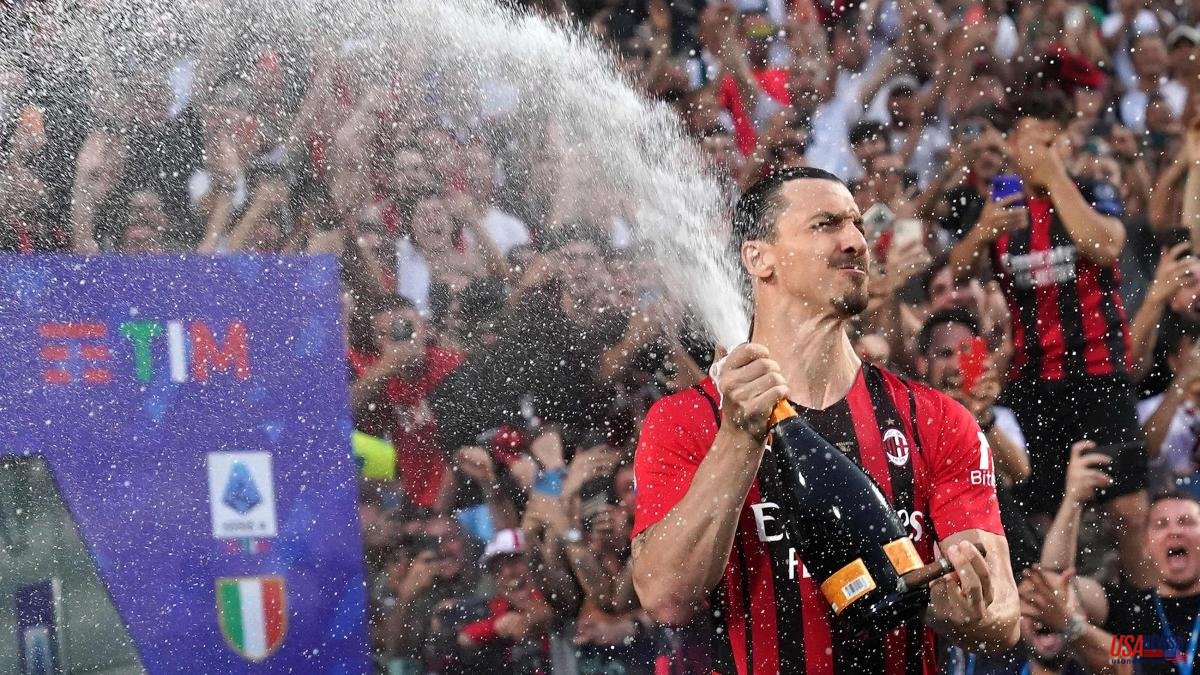 Milan striker Zlatan Ibrahimovic has just revealed in a heartbreaking letter the ordeal he has experienced in the last half year due to his knee injury, for which he underwent surgery on Wednesday. “During the last six months I played without a cruciate ligament in my left knee”, he has confessed in a very harsh text in which he explains that during this time he has lived with a swollen knee that he had to treat daily.

“There were more than twenty injections in six months. I emptied the knee once a week for six months. I took painkillers every day,” recalls the Swedish footballer. He reveals that in this time he has only been able to train with the group ten times and that he hardly slept due to the intense pain: "I never suffered so much on and off the field."

Known for his excesses, Ibrahimovic has once again surprised everyone with this heartbreaking story: “I did something impossible, possible. In my mind I only had one goal, to make my teammates and coaches champions of Italy because I made them a promise. Today I have a new ligament and another trophy,” the letter concludes.

Milan was proclaimed champion of Serie A last Sunday on the last day of the league. This Wednesday, the Rossoneri club reported that the Swedish striker had undergone surgery and would be out for between 7 and 8 months: "The arthroscopy had been planned for a long time to permanently resolve the instability of the joint by reconstructing the anterior cruciate ligament, with lateral buttress and meniscus repair".

The operated knee and an Achilles tendon have been a burden for the Swede who, hampered by injuries, has only played 23 of the 38 games in the domestic championship. Despite the lack of continuity on the pitch, Ibra has been a leader in the locker room, being one of the most respected figures alongside the coach, Stefano Pioli.

In addition, the 40-year-old has scored a total of nine goals between Serie A and Coppa Italia, and has provided three assists in the domestic championship. The Swede ends his contract this summer, but from Italy he points to his continuity for another year at the Milanese club.