Iberia Express has suspended eight flights not included in the minimum services on this first day of strike called by USO among cabin crew (TCP), while stressing that all their departures are taking place on time. 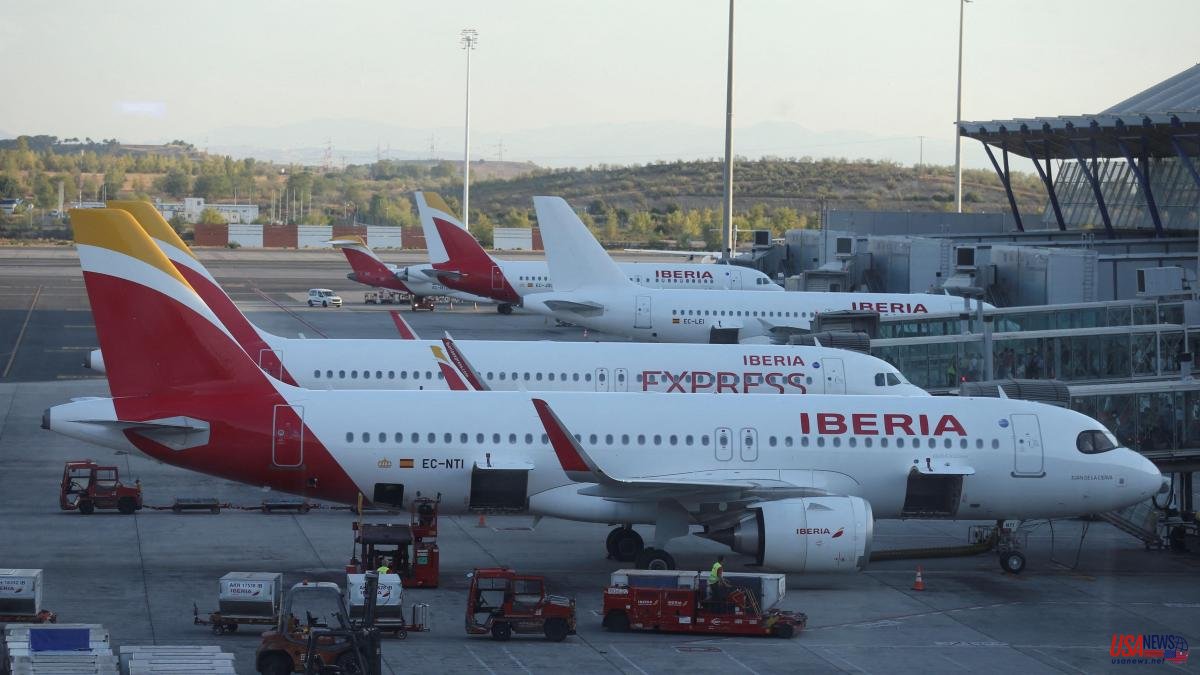 Iberia Express has suspended eight flights not included in the minimum services on this first day of strike called by USO among cabin crew (TCP), while stressing that all their departures are taking place on time.

The canceled flights are four round trip routes that link Madrid with Gran Canaria, Mallorca, Santiago and Seville.

The company indicates that this Sunday it will operate 99 flights (92.5% of those scheduled), all of them included in minimum services, on the first day of strike of a batch of 10 called by USO among the more than 530 TCP to demand improvements salaries.

84% of the 1,100 passengers affected by this Sunday's cancellations have already been relocated to other flights or alternative means of transport, and the remaining 16% have requested a voucher, the refund of the ticket or are pending to choose the alternative that best suits you.

USO demands that wages be adjusted to the rise in the cost of living, since they have been frozen since 2015, according to their data, while the company defends that the union demands are "disproportionate" and would mean an increase in wage costs above 26 %.

CCOO distanced itself from this call and signed an agreement with the company while the agreement is being negotiated by which Iberia Express would pay all crew members an advance payment on account of the agreement of 1,350 euros for surcharges and 950 euros for TCP.