Iberdrola achieved a profit of 2,075 million euros in the first half, 36% more than the same period of the previous year, as announced on Wednesday. 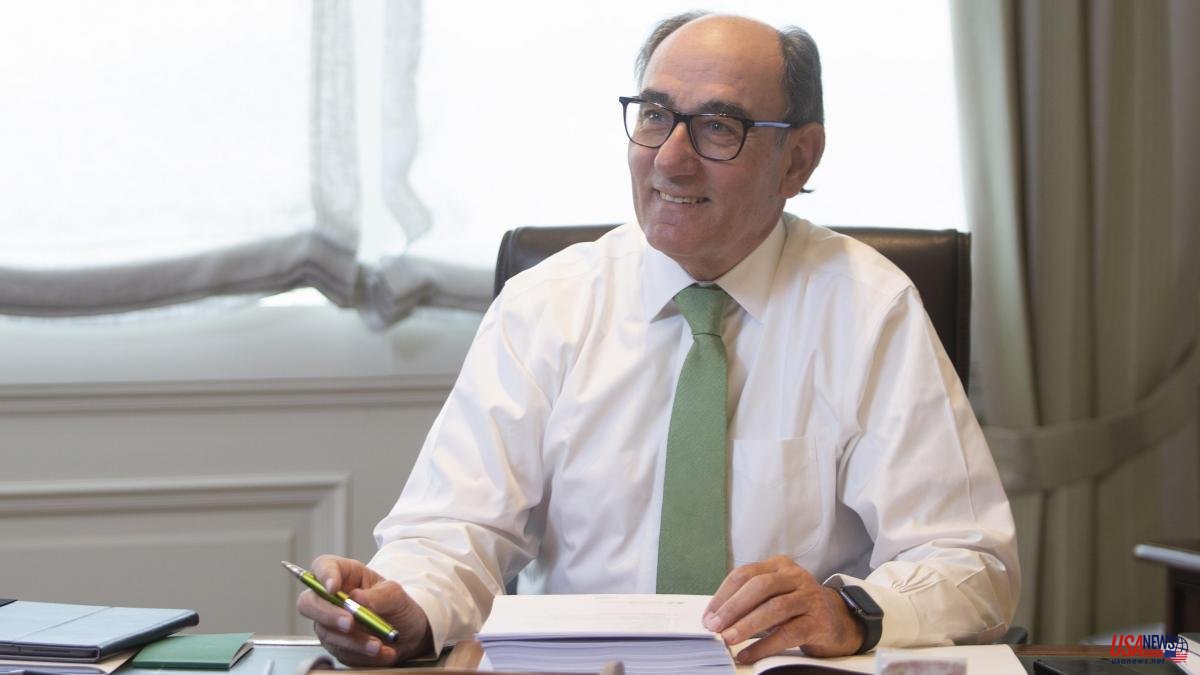 Iberdrola achieved a profit of 2,075 million euros in the first half, 36% more than the same period of the previous year, as announced on Wednesday. The business is driven by activity abroad, thanks to the pull of the US, Brazil and the UK. From April to June, in the second quarter, it earns 1,017 million, twice as much as a year ago.

In the case of Spain the tone is different. The benefit fell 26%, "fundamentally affected by high energy prices that have not been transferred to customers with previously agreed fixed-price contracts," those of the free market, the company explained in a statement. The environment is more complicated due to energy costs, with a drop in production of 5% as that of renewables and nuclear dropped by 17%. It has had to produce more with gas (32%) and buy "in a market at very high prices", it is argued. The idea is to normalize production in the remainder of the year, with more hydraulics and the recovery of the Cofrantes nuclear plant.

"Spain was the exception to the positive evolution of the results of the group", valued Ignacio Sánchez Galán, president of Iberdrola. The gross benefit (ebitda) was 1,411 million in electricity and goods production, 7% more, but it fell 24% in networks, to 632 million. In the rest of its large markets, it achieved an upward gross profit, both in Brazil, the United Kingdom and Mexico. Thus, "compensates the adverse result of Iberdrola Spain", reflects the note.

As a whole, in the first half of the year revenues grew 30%, to 24,430 million euros, with an increase of 16% in gross margin, to 9,869 million. And it is that despite the difficult environment, the appreciation of the dollar, the pound sterling and the Brazilian real is in favor. Investments increase 5%, to 4,741 million euros, with 1,085 million for Spain, where 23% of the total goes. The bulk goes to the US, with 26%.

The increase in prices and the energy crisis are worrying in Europe. On the Russian gas front, the company claims to be shielded from any problem. "We are not at all dependent on Russian oil and gas," Sánchez Galán said. "Gas contributes only 4% to European EBITDA," said the manager. The energy company increased its commitment to renewables, with 3,400 new MW in operation. "With all these projects we further strengthen our growth prospects," said Sánchez Galán.

Another current focus for power companies is taxes. The company paid 7,836 million in taxes in the last year, of which 3,469 million correspond to Spain, it is detailed. The president criticized the new taxation of the energy sector, with a specific tax for companies in this activity, stating that "the energy companies that are increasing their results are the gas and oil companies, not the energy companies." "We don't have windfall profits," he said on a call with analysts.

You are also protected from the rate hike and "no impact is expected from the increase," according to José Sainz, financial director. "The debt balance is well positioned against rising inflation," he added. In total, it has 41,717 million in debt, after adding 5,136 million in one year, 14% more, "due to the strong investment effort of the period and the significant appreciation of currencies."

Broadly speaking, "we hope that the trend will be repeated in the second half," said Sánchez Galán. Thus, he reaffirms the objective of earning between 4,000 and 4,200 million euros for the year as a whole.