Ibaka's forceful response to Perkins for questioning his real age

Serge Ibaka is a player little given to controversy. 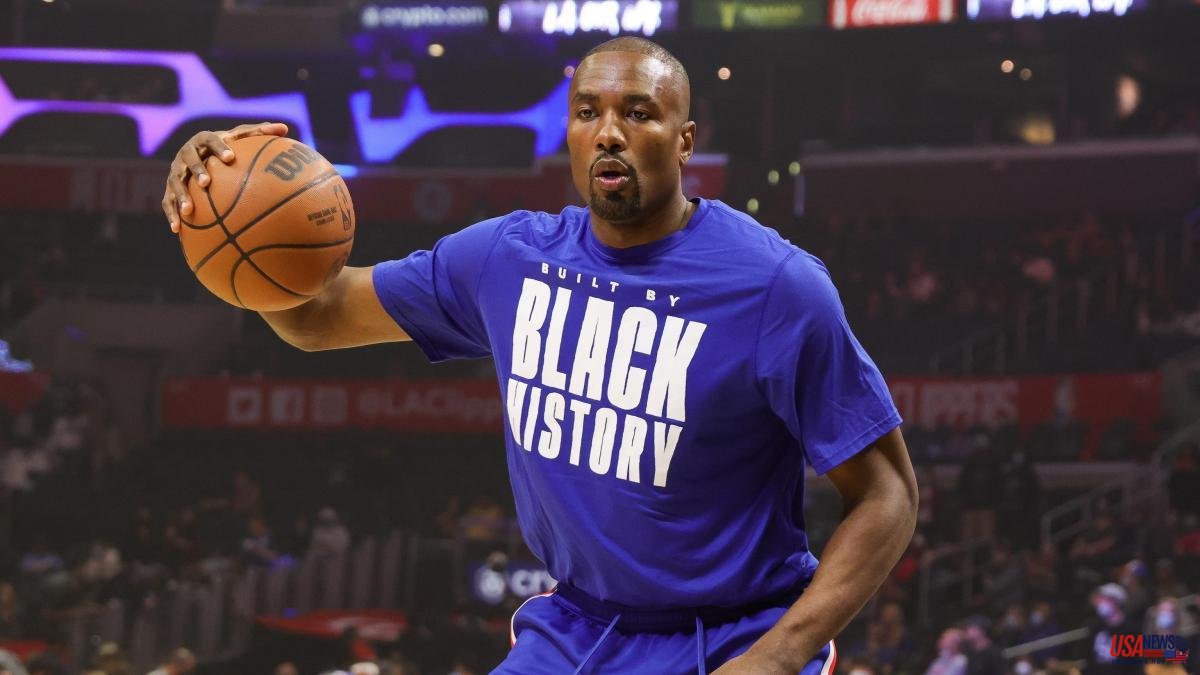 Serge Ibaka is a player little given to controversy. However, when he feels attacked, he does not hesitate to face any accusation. The last one has been in charge of his former teammate Kendrick Perkins in the Oklahoma City Thunder, a franchise in which he made the leap to the NBA in 2009.

Perkins is now a television commentator and recently questioned the real age of the current Milwaukee Bucks center when he landed on the team. "Serge Ibaka was 21 years old, although he was probably 30 at the time because we know how certain people lie about his age."

Ibaka's forceful response was not long in coming. Through a thread, he regretted the comment from his former teammate and the stigma that haunts black players about these "unfounded accusations" about age.

"Hey Kendrick Perkins, I don't usually react to comments about me, but it's disappointing to hear someone I shared a dressing room with spreading misinformation to be relevant and get an audience on TV and social media. You can talk about my game. If I don't play well i will never have a problem with that. But talking too much for no reason is really unacceptable. It's disrespectful to me and I feel it's disrespectful to many Africans who have to live with that baseless accusation. If I was 30 years in Oklahoma, I guess I'm 45 now?"

"The truth is that I never lied about my age and I work very hard every day without cheating and I have never been suspended. Everyone in the league knows it. You cheated and you did not respect the game," wrote the Spanish-Congolese about past controversies of his former partner.

"While I'm disappointed, I'm not surprised to see these actions from someone who got his job by breaking the locker room code and spreading lies about two of his former teammates and brothers in Kevin Durant and Russell Westbrook. You weren't locker room leader and then kept doing the same in the media," Ibaka counterattacked.

The Bucks center said he understood "that everyone should do their job and take care of their families, but you are proof that not everyone knows how to do it with class and dignity. I have more to say about you, but I'm not that kind of guy. person, although this time you went too far."

According to Perkins, it was "a bloody joke. Stop being so bloody sensitive. Bad of me if I offended you. If it made you feel in any way, my apologies, my brother." At the same time he texted her: "Please don't get me started. Please don't. I'm not going to talk about those days in OKC and what you were doing in that locker room. I won't... But I definitely will! You need to stop, because you know I know! Keep it up..."

Ibaka, with 14 seasons in the NBA and more than 900 games, has already had to deal with accusations about his age in the past. In 2017, he published a statement after a journalist also questioned his real age. A news that he ran through the networks and that for this reason he wanted to deny.

"I was born in the capital of the Republic of the Congo, Brazzaville. A city that has more than a million inhabitants, with hospitals, civil registry and administration. I was not born in the jungle."