The hero of Colorado Springs is called Richard M. 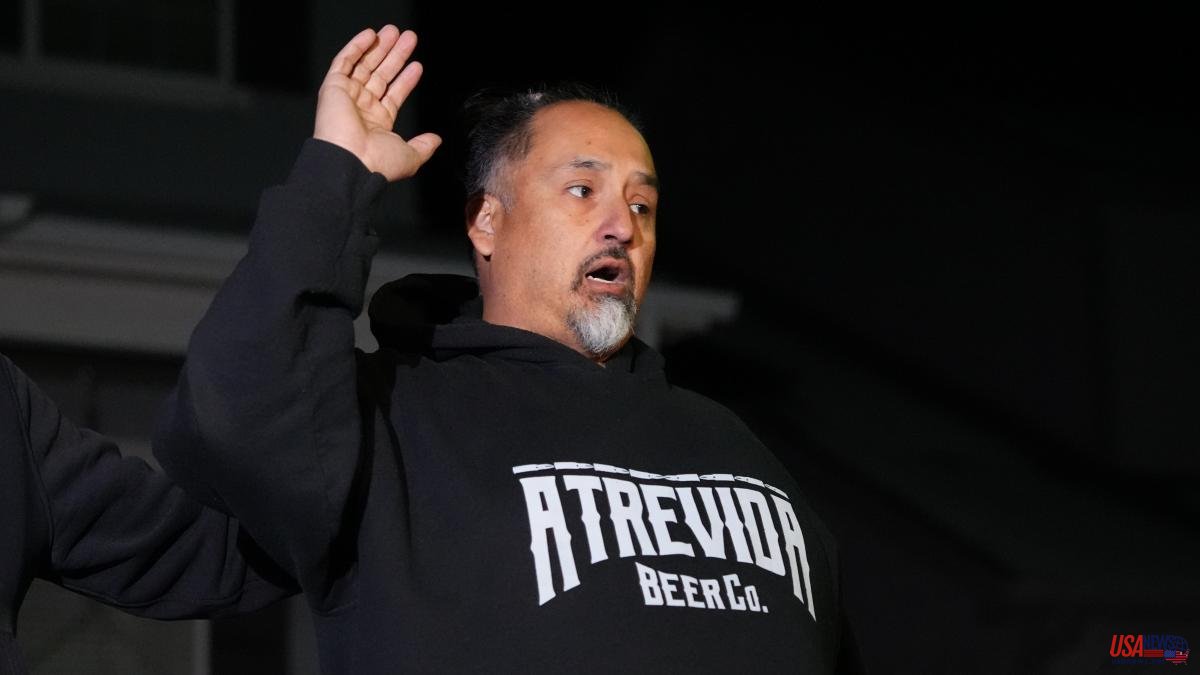 The hero of Colorado Springs is called Richard M. Fierro and he is 45 years old.

Saturday's celebration ended in tragedy and could have been much worse were it not for Fierro, who subdued the gunman from the Q club in the Colorado state town. Anderson Lee Aldrich, 22, killed five and wounded 25 in a hate-driven attack, according to court documents.

It was a special day. Fierro, a 15-year veteran of the United States Army, went to the famous LGBTQ venue with his family to celebrate a friend's birthday and enjoy a drag queen show that included a performance by the best friend of her daughter, 22 years old.

Once the show was over, they left the table they were at and headed to the dance floor. In the middle of the dance, there were some of those present who heard a noise like a shot, but they thought that this was part of the show. Then came the chaos. Fierro saw a sudden flash and immediately knew there was danger. It was the prevention of instinct developed in the four campaigns that he participated in the wars in Iraq and Afghanistan.

Three of his companions were shot. Two good friends were injured, his daughter broke her knee and his boyfriend, Raymond Green Vance, is one of the dead. Fierro, who left the military in 2013 with decorations (including two bronze medals), was quick to react. He had to fight.

In the midst of the chaos, he lunged at the attacker, knocking him down, hitting him with his own weapon, and pinning him by standing on top of him. That's how the police found them.

“I don't know exactly what I did, I just went into combat mode,” he told The New York Times. “I just knew that I had to kill that guy before he killed us,” he maintained. “I had my whole family from Colorado Springs there and I wasn't going to let it take her down,” he insisted at a press conference Monday night.

Aldrich recovers from his injuries, in custody at a hospital. The prosecution, which has requested the secrecy of the proceedings to avoid interference in the investigation, has already filed charges for five crimes of murder and as many for hate crimes. Once he is brought before the court, everything indicates that the list of charges will be more extensive, remarked the municipal spokesman, Max D'Onofrio.

The alleged perpetrator entered the nightclub armed with an AR-15 semiautomatic rifle, with several spare magazines, and a pistol. The authorities acknowledge that the list of deceased would have been much longer had it not been for the quick action of Fierro, who was helped by other clients.

Various US media have confirmed that Fierro's account coincides with that of the authorities and those responsible for the establishment. When one of the owners was shown a photo of Fierro, he replied that he looked the same as the man seen on security video knocking the gunman down.

Suthers said that he had spoken with Fierro, who emerged with injuries from the fight, and considered that, in his opinion, he had saved many lives. "I had never found a person who was involved in such courageous action and was so humble when talking about the case," the mayor confessed with visible traces of emotion.

"I have tried to save people and with five it has not worked. I am not a hero, I am just one more guy," he said ruefully.

As the shooting began, Fierro threw himself to the ground, dragging a friend with him. In the hail of bullets, he saw the gunman making his way through the bar to the patio where numerous patrons had fled. His wife, Jessica, was one of those who sought shelter in that place. He then ran up to the gunman, grabbed the back of his bulletproof vest, threw him to the ground and got on top of him.

He could not remember if at that moment the assailant was still shooting, "I only know that he had been shot down," he said in one of the interviews. Fierro, who is stocky, calculated that Aldrich was even more so and that he would weigh about 130 kilos. But he laid him on the ground, the rifle just out of his reach. And then he realized that he, too, was carrying a gun.

"I took the gun from him and started hitting him on the head," he stressed. And she asked other customers for help in the middle of the fight. One picked up the rifle, a dancer stomped the assailant with her heel to help immobilize him, while Fierro continued to bash the gunman in the head and shout obscenities at each other.

“I am a military man and I tried to control the scene as best as possible. He was hitting him and yelling at people at the same time to call the police,” he said.

When the police arrived, always from this version, Aldrich had lost his breath and no longer resisted. Fierro feared that he had killed him. As he was covered in blood, the police grabbed him, handcuffed him and kept him in the patrol car for more than an hour, while he yelled and asked to see his family.

Fierro, who works for defense contractor Northrop Grumman and co-owns the local brewery Atrevida Beer Co. with his wife, said he was shot at in combat missions and saw roadside bombs destroying trucks from his platoon.

“But they always shot me from a distance. Not this time. I heard the shot, I smelled the gunpowder, ”he confessed to The Washington Post. Upon graduation, he thought that he was done with the war. He never imagined that he would experience a war scene in his house.