"I wanted to leave it at 90 km, I couldn't take it anymore, but my boyfriend said: 'Elisabeth, I won't let you leave'"

"It was horrible, when I had been in the mountains for 20 hours I couldn't take it anymore, I wanted to leave. 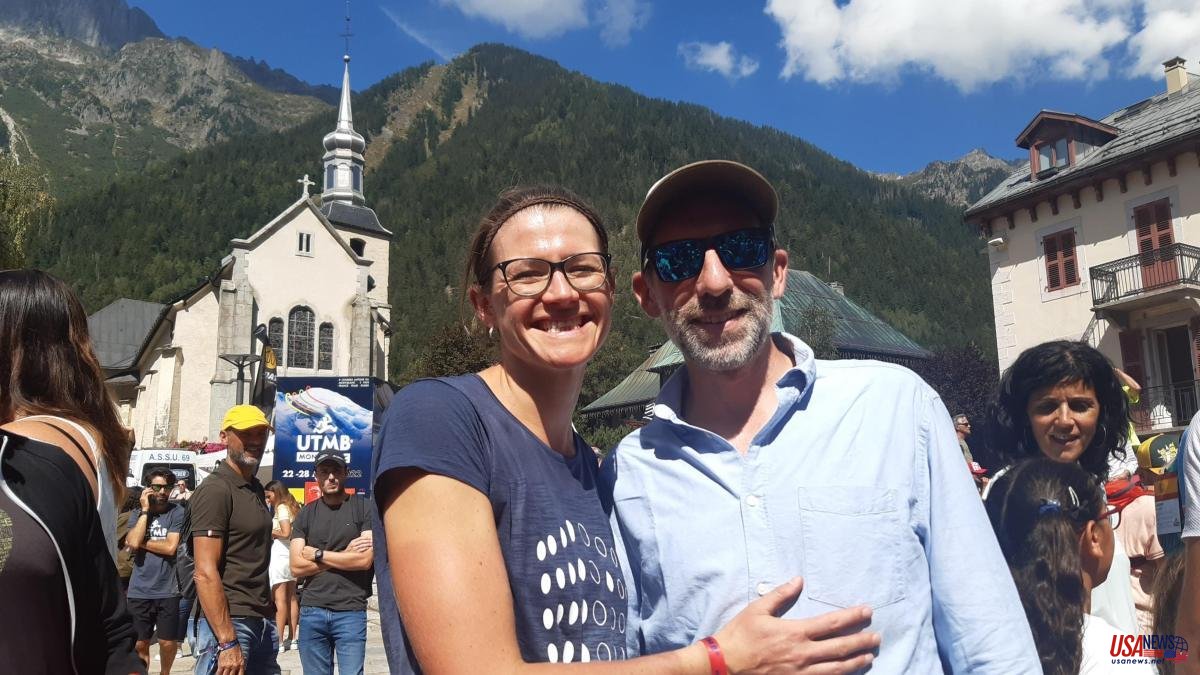 "It was horrible, when I had been in the mountains for 20 hours I couldn't take it anymore, I wanted to leave. I called my boyfriend, Yann, I told him I was leaving him but he wouldn't leave me; his response was: 'I won't let you leave' So I kept going," German Elisabeth Wieduwild, a 34-year-old cancer researcher based in Marseille, recounted this morning at the Chamonix finish line. Elisabeth has completed the Mont-Blanc Ultra Trail (UTMB), 171 km and 10,000 meters of slopes, in 41 hours and 50 minutes, almost twice as long as the winner, the American Katie Schide (23h15m).

Elisabeth is already part of the select group of runners who finished this test. When she entered Chamonix only about 70 runners had achieved it. Of the total number of participants, 2,627, less than 10% are women.

"I followed Yann's advice, I knew he was right, that if I quit later I would regret it. But after 90 km I was exhausted. I went to the medical post, they gave me soup and forced me to sleep for 20 minutes," she says. Everything hurts but on Tuesday she will be back at her job, at the Imcheck Therapeutics company in Marseille. Her partner, Yann, is also involved in cancer research and, like her, runs. This week has culminated the OCC, 55 km.

Elisabeth has experience in these types of adventures; in 2019, she gave it her all in the CCC, 100 km. "The same thing happened to me this year, halfway through I also wanted to quit, but...". This scientist considers that the "cliche that women should always be beautiful, with long and well-groomed hair, painted nails, makeup..., perhaps means that so few of us embark on these adventures. Of course, you just dirty, with shredded toenails..."

Charlotte Dequerer, a baker from Connecticut about to turn 50, also met her goal this morning. She says that although the UTMB is by far the hardest thing she has ever done in her life, the moments of enjoyment outweigh those of suffering. The engine of it is the landscape and the disconnection from the world. "I run for mental health," she notes.

Carmen; his daughter, Ariadna, seven years old, and her seven-month-old baby, Biel, anxiously awaited the arrival of José Manuel Blanco, 46, who also had many temptations to leave him, at 35 km. "I got blisters, I had pain in my ankle... But the negative thoughts soon went away. Then I got together with more people and you keep going... until here," he says with his family, residents of La Garriga . In fact, Carme perhaps had a worse time than her husband. "I have suffered a lot, I have practically spent the two sleepless nights thinking about him", she comments, happy that José Manuel has been able to arrive more or less whole at the final destination.