"I can't stand this damn thing!": Carlos III's anger at staining himself with a feather

Although he has not been a week as the new British king, Carlos III has already starred in countless moments. 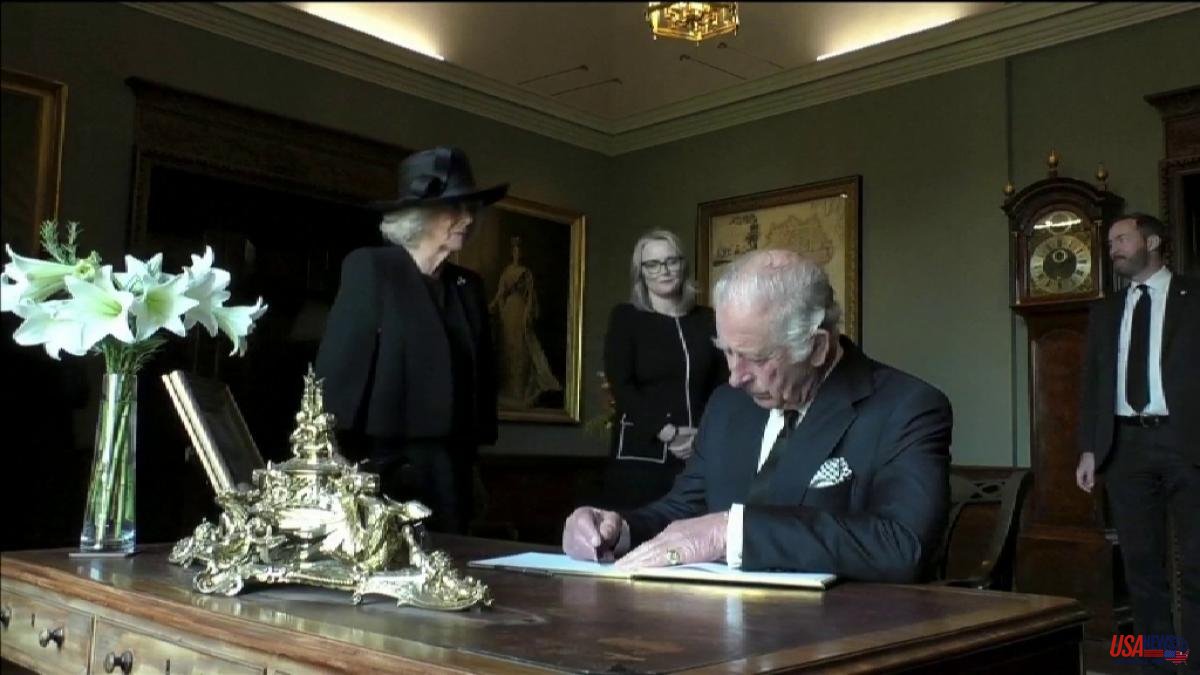 Although he has not been a week as the new British king, Carlos III has already starred in countless moments. Many of them, related to acts of homage to his mother, Elizabeth II, full of feeling. However, there has also been time for the new monarch of the United Kingdom to have shown his strong character.

Already last Saturday, in his proclamation, Carlos III went viral. And not because of the importance of the historical moment that was being lived, that too, but for another reason that the cameras were able to capture.

Specifically, it was before sitting down to sign the documents of his proclamation. At that moment, Carlos III indicated to one of his assistants to remove one of the inkwells from the table. He did it in order to sign the oath that he had just pronounced before the Ascension Council but, nevertheless, the way in which he did it did not please many of the netizens, who harshly criticized the monarch's manners.

Three days later, Carlos III has gone viral again for something similar, and with a leading pen. The new king of the United Kingdom and the new queen consort, Camila, visited Hillsborough Castle in Northern Ireland on Tuesday, and at the time of signing some documents -something that the son of Elizabeth II is doing a lot these days- the new British monarch has once again shown his strong character.

First, when signing the document, Carlos III has made a mistake in the date, something that he himself has regretted. But it was seconds later, passing the pen to Camila, when he apparently got ink on his hand. "My God, I hate this" or "I can't stand this damn thing" have been some of the phrases that the new British king has released, clearly upset.

In fact, Camila has not gotten to sign the document in question with that pen, because one of her advisers has been in charge of changing the utensil to, precisely, prevent the new queen consort from staining ink like Carlos III.