"I asked the CEOE for an appointment to meet us," claims Pepe Alvarez

Salary negotiations are heating up. 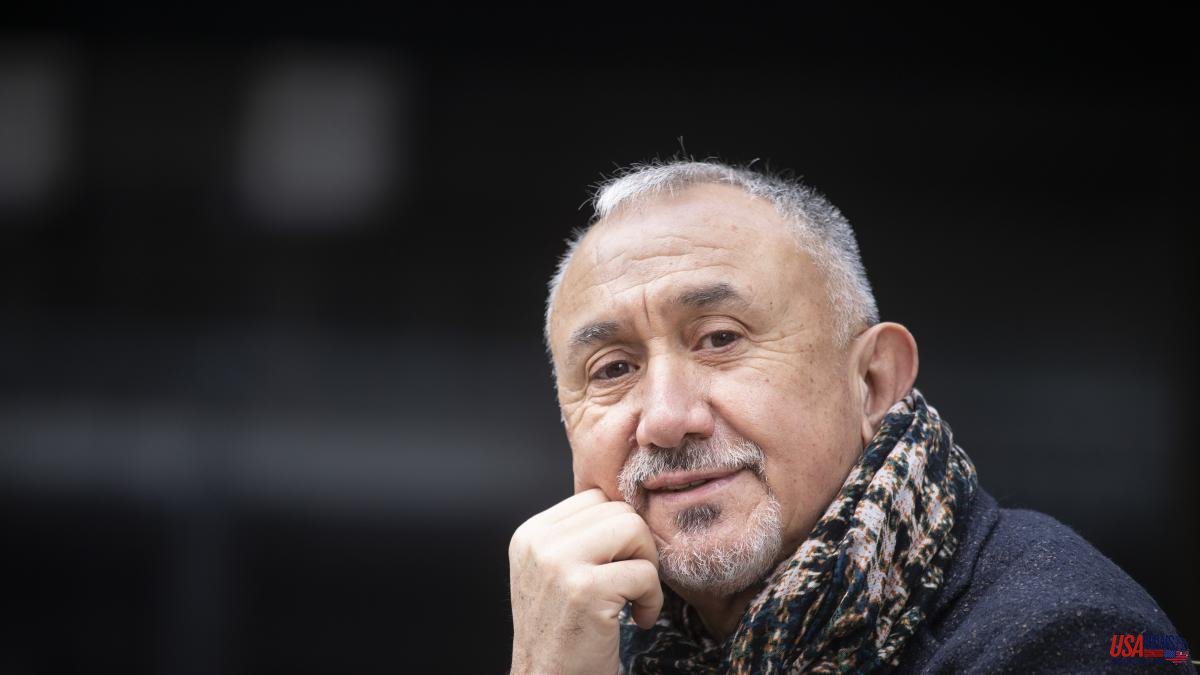 Salary negotiations are heating up. After the beginning of the course in which the second vice president and Minister of Labor, Yolanda Díaz, charged against the CEOE for blocking the agreements and that the employers accused her of creating tension, now it is the unions that move the piece. “I ask the CEOE to make an appointment to meet, to say the day and time, whenever they want. If they want with light and stenographers, and if they don't want, without stenographers”, stated this morning the general secretary of UGT, Pepe Álvarez, at the press conference with which he opened the season.

“We have to resume the negotiations to avoid entering a spiral of conflicts,” added Álvarez, who blames the employers for the fact that before the summer the negotiations for the Agreement for Employment and Collective Bargaining (AENC) were interrupted, the framework that should serve as a reference for the negotiation of agreements. The UGT asks for an appointment but warns that the employer has to come forward with a new proposal. "The negotiation is to move," Álvarez points out and adds that they have already made his position more flexible while the CEOE continues without taking the step.

The issue that torpedoes the negotiation is the salary review clauses, essential for the unions but unacceptable for the employers. From here, the UGT recalls that in its last proposal, they already accepted that these clauses were not retroactive and that 50% of the 2022 increase would not be recovered until three years later, in 2025. What the unions do not consider valid it is to let the safeguard clauses only be applied at the end of the period, which is where, informally, the employer moved.

"He left us planted," Álvarez denounced, although acknowledging that in informal conversations, they have been summoned to resume negotiations with the CEOE this September, although at the moment nothing has been set. The initial position with which UGT sits at the table is that they do not accept losing purchasing power, although they are more open with the deadlines. Today, Álvarez has not gone further justifying that he was not "at a negotiating table."

However, as things stand, the agreement does not seem close and the unions have been preparing demonstrations for some time that will take place in October. "We are not considering a general strike to use," Álvarez said, who foresees a generalization of conflicts in the territories and sectors where the agreements are blocked. According to his approach, in the areas where there is more union implantation, mobilization is guaranteed, but on the other hand there will be less impact in sectors such as commerce or call centers.

At this beginning of the course, the general secretary of the UGT raised two proposals that he will send to the Government in the coming days. One is to establish a rescue fund for mortgages, to soften the impact that the rise in interest rates on these loans is having on many families. To illustrate the need for this fund, he has detailed an example, that of a 25-year mortgage of 200,000 euros, which with the rise in interest rates supposes an impact of 150 additional euros per month.

Another initiative that has been launched is to create a specific tax to pay for the expected increase in Defense spending in the next budgets. Here it is about opening the debate to involve the whole of society and get out of the dilemma of cannons or butter, to seek a broad agreement. Who should pay this new rate? According to Álvarez, those who are going to need the protection of their economic interests the most, a reference to Spanish companies operating abroad, without specifying more.