Hurricane 'Ian' could be the deadliest in Florida history, according to Biden

The president of the United States, Joe Biden, has affirmed this Thursday that Hurricane Ian “could be the deadliest in the history of Florida”, although he has not offered casualty figures because “they are not yet clear”. 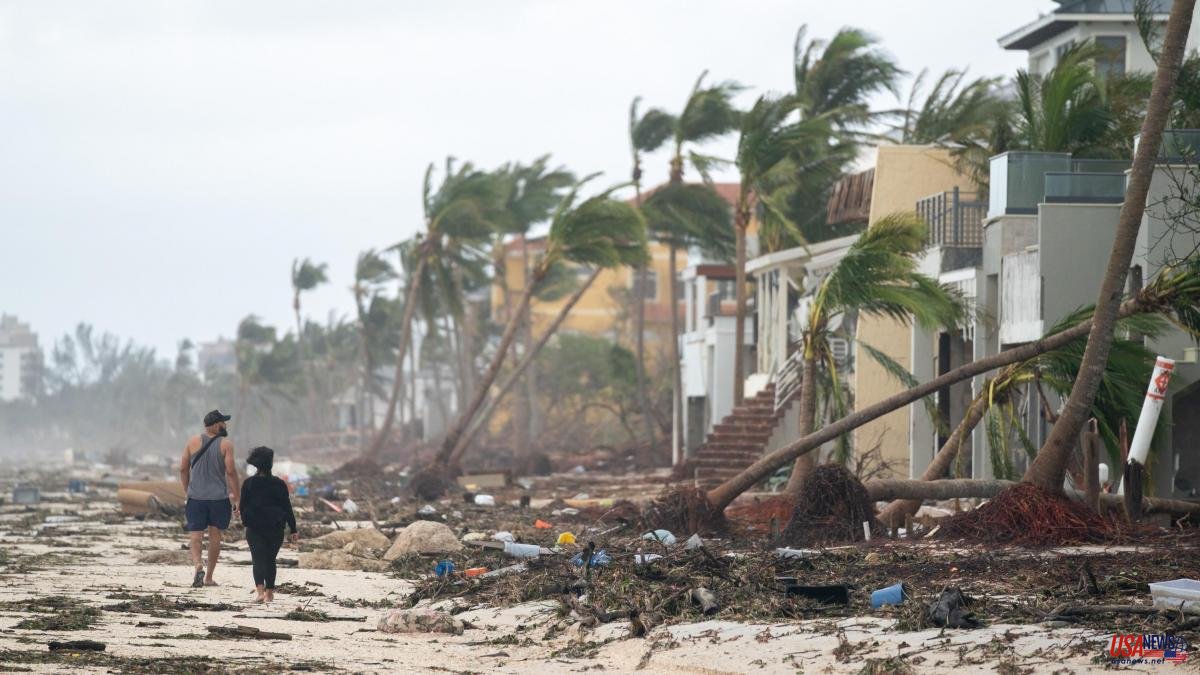 The president of the United States, Joe Biden, has affirmed this Thursday that Hurricane Ian “could be the deadliest in the history of Florida”, although he has not offered casualty figures because “they are not yet clear”.

However, he has indicated that information has arrived that there may have been "substantial loss of life."

Biden spoke during a visit to the headquarters of the Federal Emergency Management Agency (FEMA) to update on the efforts against the hurricane, which made landfall on Wednesday and continues to advance this Thursday along Florida.

The president spoke today by telephone with the governor of that state, Republican Ron DeSantis, to offer him "the maximum federal support."

Later, in statements to journalists, Biden revealed his intention to visit Florida and Puerto Rico, although he did not specify a date, and pointed out that if DeSantis, a staunch critic of the president, is available, he will meet with him.

During his speech at FEMA, the president stressed that 1,000 members of this federal agency have been deployed in Florida, where millions of liters of water, food and hundreds of generators have been sent.

He has also stated that the federal government will cover "100%" of the cost of cleaning all the debris left by the hurricane in its wake, as well as the rescue efforts to save lives. And it will bear most of the cost of rebuilding public buildings like schools and fire stations.

To individuals who have lost their homes or who have material damage to their homes, Biden has indicated that, if their insurance does not cover everything, the federal government will provide individual assistance, with $37,900 for home repairs, and another $37,900 if lost property such as vehicles.

The passage of Hurricane Ian through Florida has left a path of destruction, especially in the southwest and center of this southern state, where there are more than 2.5 million people without power, thousands are still trapped in their homes flooded with water, some roads are impassable and the authorities speak of two possible deaths.