Hungary maintains its blockade of the EU embargo on Russian oil

Hungary continues without giving its approval to the European plan to decree an embargo --partial and staggered, but an embargo nonetheless-- on Russian oil. 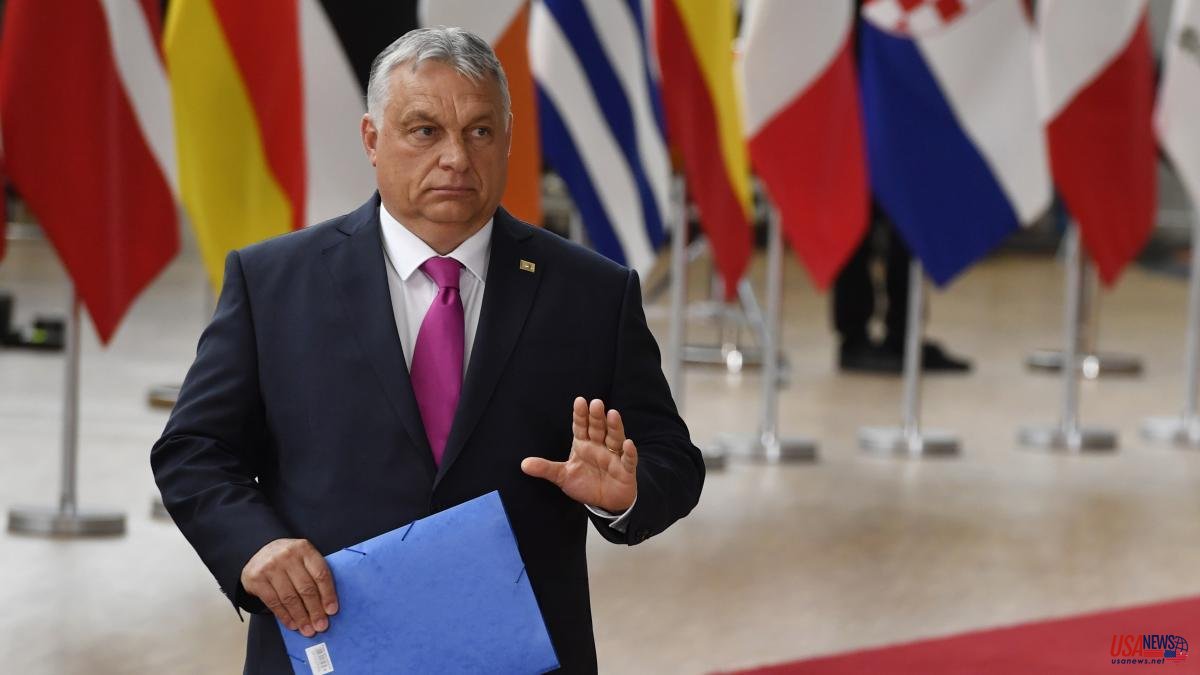 Hungary continues without giving its approval to the European plan to decree an embargo --partial and staggered, but an embargo nonetheless-- on Russian oil. "It is not a good proposal", "there is no agreement at all", assured its prime minister, Viktor Orbán, on his arrival at the European Council, about the alternative discussed in recent hours by the ambassadors of the Twenty-seven to renounce the proposal of decreeing a total embargo on Russian oil and leaving out, for the time being, the Druzhba pipeline, the pipeline that feeds several Central European countries that are landlocked and highly dependent on Moscow in this sector.

"The proposal has been on the table for many weeks, we must make a decision, this is the time", urged Charles Michel, the president of the European Council, who trusts that the summit that begins today in Brussels will result in a political commitment to give green light for the sixth round of sanctions against Russia in response to the Ukraine war. Also Josep Borrell, high representative of the EU Foreign Policy, has been optimistic about the possibility of reaching a political agreement in the next few hours. Since the agreement on sanctions requires unanimity, it is time to be "pragmatic", "we must stop financing the Russian war machine", Borrell has claimed.

The new package of measures, announced by Ursula Von der Leyen, president of the European Commission, almost a month ago hinting that a deal was imminent, would exclude the largest Russian bank, Sberbank, from the Swift payment platform and extend once plus the list of people who will be denied access to the EU territory and whose assets in the community territory will be frozen.

Even with the exclusion, in a first phase but without a clear expiration date, of the Druzhba pipeline, the European embargo would be maintained for all Russian crude and oil that reaches the European Union by sea, that is, two thirds of the total . And with the commitment of the Governments of Germany and Poland to end the purchase of crude oil and oil from Russia at the end of this year, the measure would cover 93% of the total annual consumption of the community bloc, community sources emphasize. European leaders will try today to reach a political compromise on this point and thus give the green light to the legislation in the coming days.

Although unity has been the predominant note since the conflict broke out, each package of sanctions has been more difficult and laborious to approve than the previous one. All eyes are on Orbán today, but others hide behind the Magyar president, such as the governments of the Czech Republic and Slovakia, who are also suspicious of the scope of the new round of European sanctions against Moscow. Is Hungary acting like a Moscow puppet? Orbán has been asked by the international press. "That's fake news," the Hungarian leader insisted on his first visit to Brussels since his re-election. Hungary demands not only more money than the European Commission proposes to collaborate financially in the construction of alternative energy supply routes, but also "guarantees" that it will be able to buy Russian oil through other routes in case "something happens" with the oil pipeline from Druzhba.

"The European Council is committed to intensifying pressure on Russia and Belarus to boycott the war against Ukraine," states the latest draft of the summit's conclusions, which plans to announce an agreement to give Ukraine up to 9 billion euros to finance its expenses. flows and the launch of an international platform to work on the reconstruction of the country. The document says nothing about whether or not Kyiv should seek a ceasefire with Moscow, a possibility on which European leaders are also divided.